(Minghui.org) Falun Gong practitioners held activities in Sakae, the busiest business area in Nagoya on June 21, 2020. They set up large banners and posters and demonstrated the exercises. 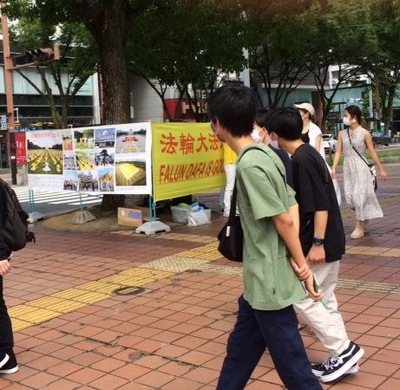 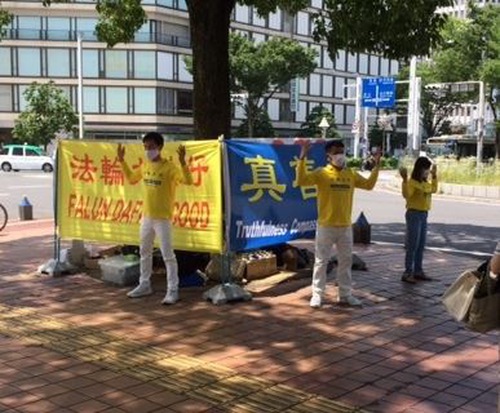 Due to the coronavirus pandemic, Japan implemented a stay-at-home policy until the end of May. More people are now coming out with face masks.

Practitioners demonstrated the exercises and put up large informational banners and posters. Attracted by the soothing music, many passersby stopped to watch the demonstration and read the posters.

Minghui.org has confirmed the deaths of thousands of Falun Gong practitioners as a direct result of the persecution over the past 22 years; the actual number is suspected to be much higher. More have been imprisoned and tortured for their faith.