(Minghui.org) Today's news from China includes incidents of persecution that took place in five cities or counties in three provinces, where at least eight practitioners were recently persecuted for their belief. 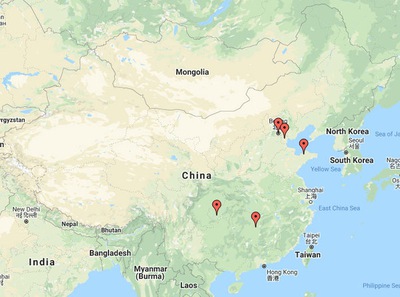 Ms. Ma Yanling was arrested on April 2, 2020, for distributing Falun Gong materials. Her home was ransacked, and a laptop, printer, portable hard drive, and printed materials were confiscated. She was taken to the Haidian District Detention Center.

Mr. Zhang Ruyi, 81, from Sujiatuo Town in Haidian was reported to the police on May 17 for distributing Falun Gong materials. He was arrested by officers from the Yangfang Town Police Station and taken to the Haidian Detention Center. His Falun Dafa books were confiscated.

Mr. Wang Zicheng from the Pinggu District was arrested at work by officers from the Yukou Police Station on the morning of June 8. He was taken to the Pinggu Detention Center.

Ms. Lu Mengjun’s home was ransacked by Domestic Security officers on the morning of June 2, 2020.

Ms. Zhang Xiuqin from Qiaobei Town in the Ninghe District was followed and arrested on June 1, 2020, for distributing Falun Gong materials. She is being held in the Ninghe Detention Center.

Ms. Peng Shuhua was tried by the Xinjin County Court on the morning of June 5, 2020.

Ms. Shao Ruiying, 75, was reported to the authorities by a patrol officer on the morning of June 4, 2020, for talking to people about Falun Gong. She was arrested by Zhaoyuan City Domestic Security officers. Her Falun Dafa books and photos of the founder of Falun Gong were confiscated.