(Minghui.org) Today's news from China includes incidents of persecution that took place in four cities or counties in three provinces, where at least five practitioners were recently persecuted for their belief. 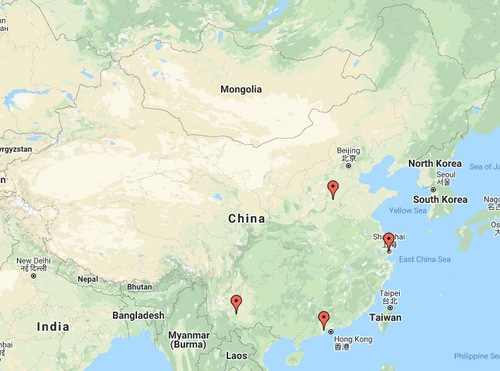 Ms. Hu Lianxiang and Ms. Gao Jiuyun from Quzhou County were arrested on the evening of February 21, 2020, for posting Falun Gong informational materials. They were taken to the Handan City No. 3 Detention Center the following day, and placed under criminal detention.

Ms. Hu was later released due to having high blood pressure. She is now living under surveillance at home, and is not allowed to go out alone. The Quzhou Police Department told her to go to the Handan No. 1 Hospital on June 11 to have a physical exam for judicial appraisal.

Ms. Gao remains in custody. She was officially placed under arrest by the Quzhou Procuratorate, and her case has been turned over to the Congtai District Procuratorate.

Ms. Lin Qiupeng, 75, from Hongjing Road in the Minhang District was arrested at home by eight Changning District police officers on May 29, 2020. It is believed that she is being held in the Changning Detention Center.

Mr. Bi Chaoqing, in his 70s, was arrested by officers sent by Huang Chengshun, head of the Tonghai County Domestic Security Division, on April 28, 2020. They threatened to prosecute him.

Huang and several officers from the Sijie Police Station previously broke into Mr. Bi's home on September 25, 2019. They smashed the locks on two rooms and confiscated a printer, computer, Falun Dafa books, and photos of the founder of Falun Gong. Mr. Bi was pushed to the ground and handcuffed. He and his wife were taken to the county police department for interrogation.

Ms. Li Qiuju was arrested by officers from the Zhuyuan Police Station in Xiaolan Town on the afternoon of September 15, 2017. Her case was dismissed twice by the Procuratorate and twice by the court. She was released on June 14, 2019, after paying 3,000 yuan.

“The Awakening of a Radical Communist Follower”