Liaoning Woman Dies Due to Years of Persecution of Her Faith

(Minghui.org) A woman in Dalian City, Liaoning Province passed away after being persecuted for her faith in Falun Gong, a mind-body discipline that has been targeted by the Chinese communist regime since 1999.

Because of holding fast to her faith, Ms. Chang Xueling was arrested three times and given two two-year terms of forced labor. She was subjected to various forms of torture while incarcerated.

Ms. Chang was harassed in 2015 after filing a criminal complaint against Jiang Zemin, the former head of the communist regime who ordered the persecution of Falun Gong in 1999.

The years of torture and resulting mental distress took a toll on Ms. Chang's health. She died on March 9, 2020, at the age of 55.

Ms. Chang was arrested twice between late 2000 and 2001. After her second arrest on October 23, 2001, she was held 55 days at Dalian Detention Center and then transferred to Dalian Forced Labor Camp in mid-December to serve a two-year term.

The labor camp guards handcuffed her, starved her and didn’t allow her to use the restroom. They once tied her up in bed. When she lost consciousness due to the pain, the guards poured water on her. After she came to, they opened the window and let the freezing wind blow on her.

Ms. Chang was arrested again on March 10, 2008. After one month of detention at Dalian Detention Center, she was sent to Masanjia Forced Labor Camp on April 18, also to serve a two-year term.

The guards arranged two inmates to monitor her around the clock. They followed her wherever she went, including when she was eating, sleeping, and using the restroom. The guards and inmates beat and verbally abused her at will.

Ms. Chang was forced to make crafts for export, such as artificial flowers and baskets. She was once ordered to work on the sewing machine. Because she had injuries with her right leg and it was difficult for her to step on the foot pedal, the guards accused her of wasting the cloth and beat her.

When Ms. Chang refused to sign a statement renouncing Falun Gong in November 2008, the guards deprived her of family visitations for the rest of her term.

To punish her for shouting “Falun Dafa is good,” the guards cuffed one hand to the top rail of a bunk bed and another hand to the lower rail. One guard stepped on her hand on the lower end and another pulled her hair and pinched her arm. Her hands lost feeling after two hours of this torture. Much of her hair was pulled out by the guards. 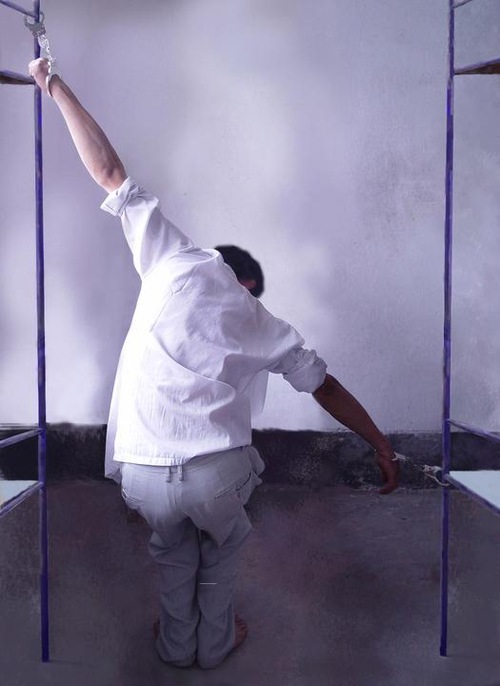 “Dafa Is Part of My Life”