(Minghui.org) After witnessing many people recover after reciting “Falun Dafa is good, Truthfulness-Compassion-Forbearance is good,” Ms. Li decided to try it for herself. Now she can’t wait to share her story with everyone. 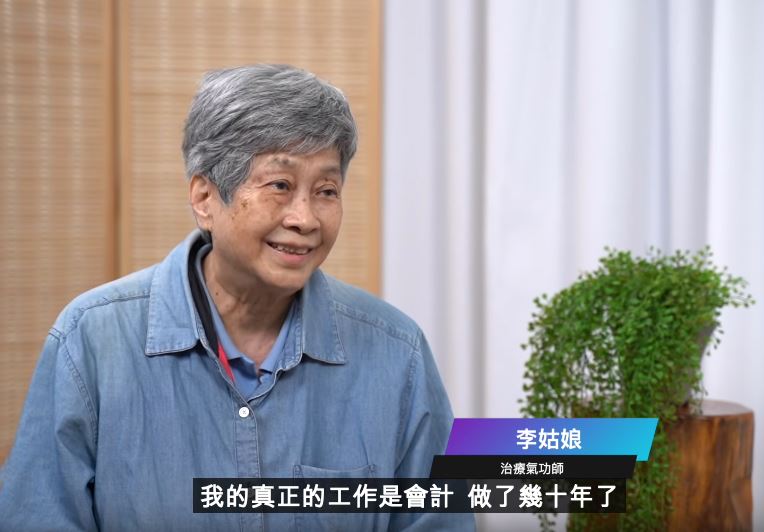 Ms. Li, 78, was a Qigong master in Hong Kong. She learned Qigong in Beijing and started to promote her practice in Hong Kong beginning in 1993. Before 2016, over a thousand cancer patients learned Qigong from her when modern medicine could no longer help them. She calls them her “patient friends.”

Ms. Li regularly heard stories of some of her patient friends recovering from cancer by simply reciting, “Falun Dafa is good, Truthfulness-Compassion-Forbearance is good.” After witnessing 12 such recoveries, including the changes in herself, she became a Falun Dafa practitioner.

Ms. Zhong lives in the same village as Ms. Li. She owns a store and is a Falun Dafa practitioner. Ms. Zhong went to work at her store every day and read Zhuan Falun, the main text of Falun Dafa, whenever she had free time.

When Ms. Li and Ms. Zhong were chatting one day in 2016, Ms. Li mentioned something that distressed her.

A three-year-grandson of one of her patient friends had blood cancer and was being treated with chemotherapy. Ms. Li felt sad about him, “It's really impossible to save this boy.” But Ms. Zhong said, “Maybe we can try something that doesn’t cost anything or have any side effects. All they need to do is recite, ‘Falun Dafa is good, Truthfulness-Compassion-Forbearance is good.’”

Ms. Li didn't believe it, but she still conveyed the message to the boy’s mother, as there wasn’t much she could do to help him. Grasping the last straw, the mother took it seriously and she kept on repeating the phrases to her son every day.

When the doctor took a routine blood test, he noted that “the boy’s results have gotten pretty good recently.” After a while, the doctor said the boy could be discharged temporarily for three months.

A few months later, the child's mother called Ms. Li and said, “He is fine now! During the three months my son was at home, I recited the phrases every day. When we went back to the hospital for a checkup, he was fully recovered! Now he is the same as other kids and has no problems eating, sleeping, or playing!”

Doctor Wong's clinic is right next to Ms. Zhong's shop. Whenever he passed Ms. Zhong, he always said, “Good morning!”

One day Ms. Zhong heard that Dr. Wong was diagnosed with bowel cancer and would have surgery after the new year. She then told him to recite the phrases.

After the new year holiday season, Dr. Wong told Ms. Zhong that his surgery had been canceled. The last CT before the surgery showed that he had no more cancer cells.

Since then, Dr. Wong always greets Ms. Zhong with “Falun Dafa is good!”

Although Ms. Li was a Qigong master for over 23 years, she was diagnosed with excessive uric acid and her fingers were deformed. She had been seeing a Chinese herbal doctor for a long time, but the doctor told her that it was incurable.

Given what she’d recently witnessed and heard, she decided to try reciting the phrases herself: “I can verify it by simply trying it.” Every night before she went to sleep, she sat up straight on her bed and sincerely recited, “Falun Dafa is good, Truthfulness-Compassion-Forbearance is good” again and again. At the same time, she massaged her fingers one by one.

Gradually, her fingers improved and she had no more excessive uric acid.

After that, she started to tell more patient friends to recite the phrases.

Fen, who lived in the same village as Ms. Li, told Ms. Li that her sister-in-law had ovarian cancer. Before she moved to Jiulong City, Ms. Li told her to recite “Falun Dafa is good, Truthfulness-Compassion-Forbearance is good.”

One day, Fen ran into Ms. Li at a shopping center and told her an amazing story about her sister-in-law.

Fen said she got an emergency call that her sister-in-law had passed out and was taken to the hospital. The doctor touched her nose and scratched her feet and hands, but there was no response—she was dying.

Fen asked the doctor if her sister-in-law could be discharged. The doctor, although he couldn't believe what had happened, agreed to let her go.

Another patient was suffering from myasthenia gravis and couldn't shower on her own. After she heard from Ms. Li about the phrases, she kept reciting them. Now, she can shower without any help.

Ms. Li said, “Many of my patient friends recovered after reciting the phrases. I've heard of about 12. This made me want to learn more about Falun Dafa.”

When she asked Ms. Zhong how she could learn Falun Dafa, Ms. Zhong invited her to attend a nine-day lecture class. After Ms. Li finished the entire class, she started to read Zhuan Falun. The book has now become part of her daily life and she reads it every night.

Ms. Luo had breast cancer. She spent a lot of money on medicine but didn’t improve much. After she recited the phrases for two weeks, she called Ms. Li to say, “I am completely fine now. Where can I buy a copy of Zhuan Falun?” She has also taken up Falun Dafa.

Ms. Li said, “My sister's experience is even more amazing. If she didn't practice Falun Dafa, she would have died a long time ago.”

Her sister suffered from different ailments almost all her life. She was born with a heart condition and had surgery when she was 15. Later, she had to have a benign tumor in her right breast removed. After that, her right lung stopped functioning as it should.

At the time, she was too weak to do the Falun Dafa standing exercises, so she simply meditated every day. Ms. Li wrote down the phrases “Falun Dafa is good, Truthfulness-Compassion-Forbearance is good” on a note and posted it next to her sister's bed so that her sister could recite the phrases often.

Her sister's tumor couldn’t be completely removed, so she had to have annual check-ups. Ms. Li always went with her. Once, after an X-ray, the doctor asked, “Ma’am, where do you feel bad? It looks you are totally fine.” When Ms. Li reminded the doctor to check her sister's medical record, there was a two-centimeter tumor in her breast X-ray from the prior year. This year, there was no tumor at all.

Ms. Li said, “I sincerely hope everyone can recite the phrases, which are full of positive energy. I believe that the more people who do, the more positive energy will be generated, and our world will become better.”

“Clarifying the Truth to Orthodox Jews in Israel”