(Minghui.org) At the request of Congressman Brian Fitzpatrick, two United States flags flew over the U.S. Capitol on May 13, 2020 to honor Mr. Li Hongzhi, the founder of Falun Gong.

May 13 was the 21st World Falun Dafa Day and the 28th anniversary of Falun Dafa’s public introduction, as well as Master Li’s birthday. 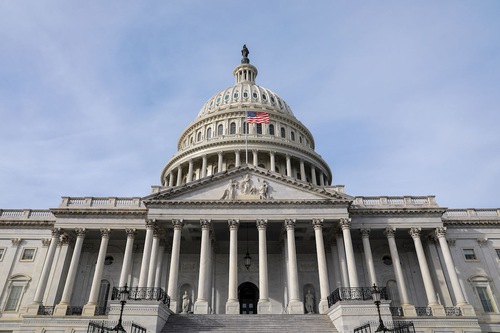 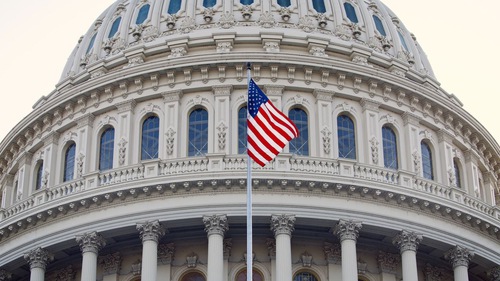 The flag of the United States above the U.S. Capitol, raised at the request of Congressman Brian Fitzpatrick in special recognition of Mr. Li Hongzhi, the founder of Falun Gong, on May 13.

Congressman Brian Fitzpatrick, a Member of Congress from the first Congressional District of Pennsylvania, presented the two flags flown over the Capitol on May 13 to the Greater Philadelphia Falun Dafa Association. 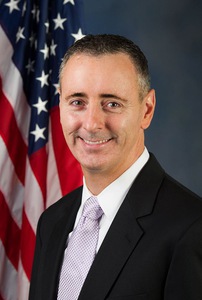 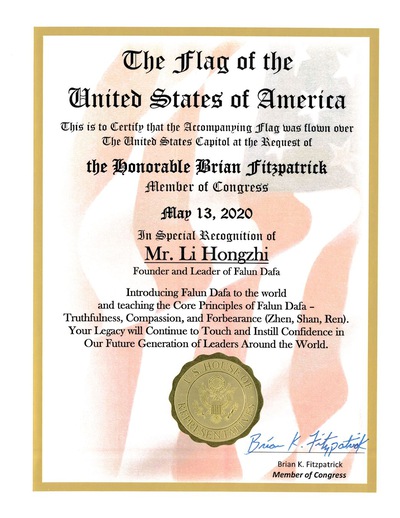 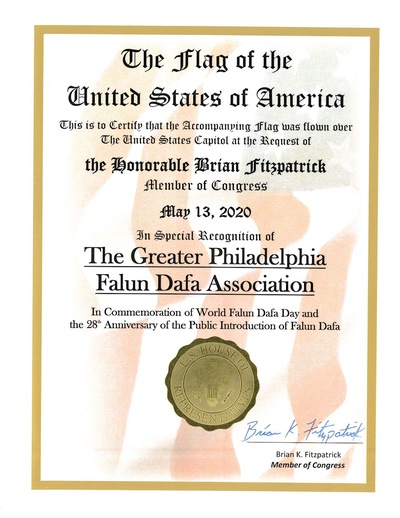 The special recognition reads, “This is to certify that the accompanying flag was flown over the United State Capitol at the request of the honorable Brian Fitzpatrick, Member of Congress, May 13, 2020.”

“Mr. Li Hongzhi, founder and leader of Falun Dafa, introducing Falun Dafa to the world and teaching the core principles of Falun Dafa—Truthfulness, Compassion, and Forbearance (Zhen, Shan, Ren). Your legacy will continue to touch and instill confidence in our future generation of leaders around the world.”

“This is to certify that the accompanying flag was flown over the United States Capitol at the request of the honorable Brian Fitzpatrick, Member of Congress, May 13, 2020,” reads the other special recognition presented to the Greater Philadelphia Falun Dafa Association.

“In commemoration of World Falun Dafa Day and the 28th anniversary of the public introduction of Falun Dafa.” 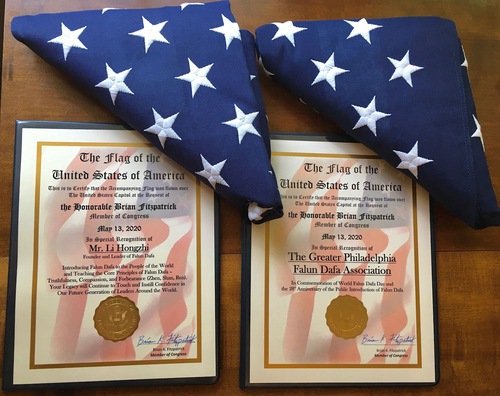 Falun Gong was first taught to the public in 1992. Nearly 100 million people across China were soon practicing it after experiencing improvements in their health and character. Jiang Zemin, former head of the Chinese Communist Party (CCP), perceived the spiritual discipline's growing popularity as a threat to the CCP's atheistic ideology and issued an order to ban Falun Gong on July 20, 1999.

Nevertheless, Falun Gong practitioners continue to raise awareness of the persecution and spread the grace of the spiritual belief across the world.