(Minghui.org) May 13, 2020, was the 21st World Falun Dafa Day and the 28th anniversary of Falun Dafa’s public introduction. Mayor Nickolas Guccione of the City of Wentzville, Missouri issued a proclamation to honor Falun Dafa Day. 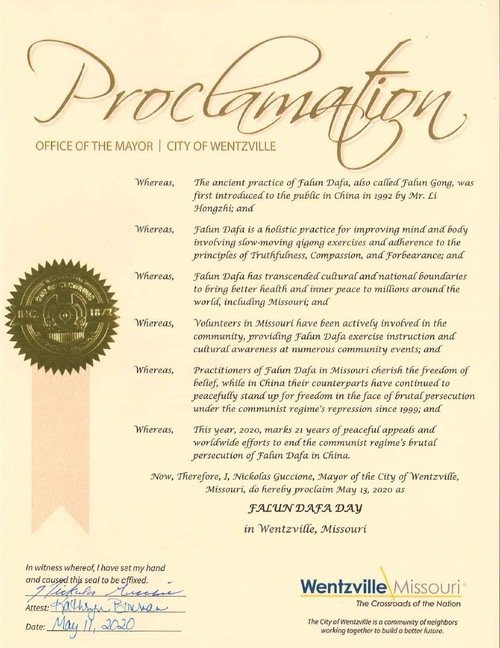 Proclamation from the City of Wentzville, Missouri

“Falun Dafa has transcended cultural and national boundaries to being better health and inner peace to millions around the world, including Missouri,” the proclamation stated.

“Practitioners of Falun Dafa in Missouri cherish the freedom of belief, while in China their counterparts have continued to peacefully stand up for freedom, in the face of brutal persecution under the communist regime’s repression since 1999.”

“Shijiazhuang No. 2 Detention Center Bans Visits to Falun Gong Practitioners during the Epidemic”