(Minghui.org) To slow the spread of the coronavirus in Kharkiv, the second-largest city in Ukraine, the government has forbidden gatherings of over 10 people. Without violating these regulations, local Falun Gong practitioners went outdoors to do the exercises and call attention to the persecution in China in late March and early April. 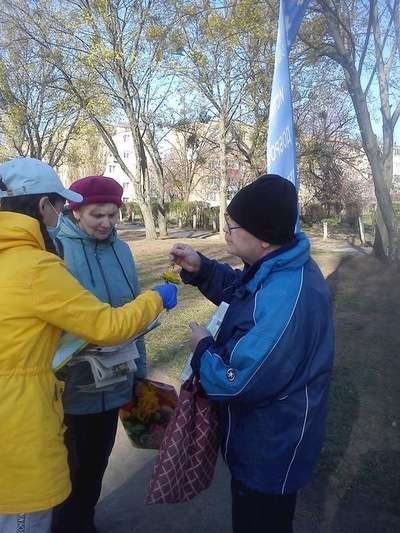 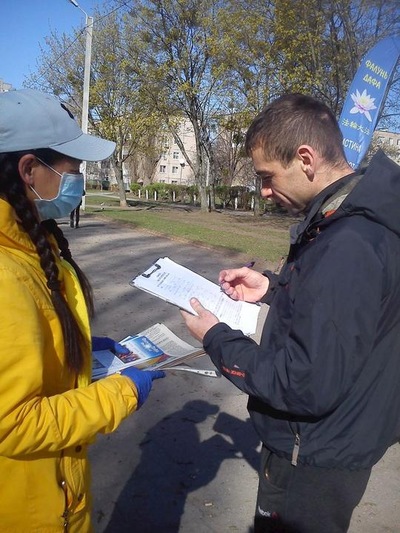 Local residents ask practitioners about Falun Gong and sign the petition to call for an end to the persecution in China. 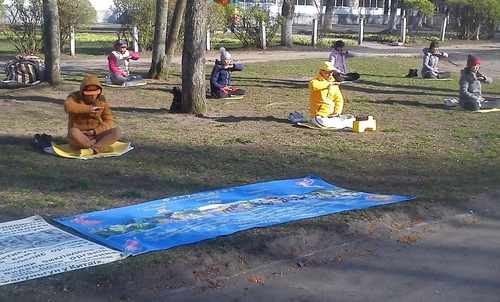 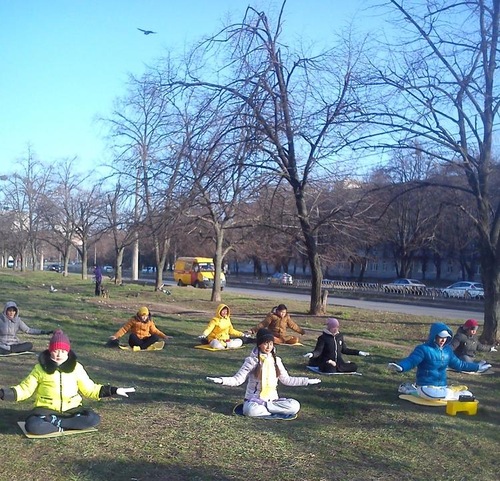 Local Falun Gong practitioners do the exercises outdoors, keeping with government regulations on social distancing to help stop the spread of coronavirus.

Several passersby were interested in learning the Falun Gong exercises. Hearing that there is a website, FalunDafa.org, where they could watch the videos and download the music free of charge, they took down the URL so they could learn the movements at home.

Kalina, a Falun Gong practitioner, noted that although fewer people are on the streets, people's attitudes seemed to have changed. People are scared about the epidemic, but they are also more willing to share their thoughts with practitioners.

A few residents who had taken some informational materials about Falun Gong came back the next day to chat with practitioners. They encouraged practitioners to continue their efforts. They also signed the petition to stop the persecution.

A woman told practitioners she had watched a video about a plastinated bodies exhibition. She was shocked to hear how cruelly Falun Gong practitioners are persecuted in China. She also said that she was very clear that not only China is under a communist regime, Ukraine is too, and it has brought people tremendous suffering.

Practitioners gave people folded paper lotus flowers with messages about Falun Gong. Recipients of the flowers told practitioners they would hang them up in their homes.

Through talking to people, practitioners learned that many residents, especially young people, already knew about the Chinese Communist Party's (CCP's) brutal persecution of Falun Gong practitioners. Many people said they had learned about the CCP's crimes against humanity through television documentaries and social media. Some people told practitioners they had signed a petition to show their support after learning the truth.

“Saving Sentient Beings During the Pandemic”