(Minghui.org) After learning about the persecution of Falun Gong in China, including the Chinese regime's live organ harvesting of prisoners of conscience, several well-known figures in Slovakia have expressed their solidarity with persecuted Falun Gong practitioners. They learned about the situation in China from a video produced by the World Organization to Investigate the Persecution of Falun Gong (WOIPFG) featuring Dr. Wang Zhiyuan, an investigator for the organization.

The public figures expressing their support for Falun Gong practitioners include Mr. František Mikloso, a former Member of Parliament and former chair of the Slovak National Council; Juraj Nvota, Slovak film director and actor; Eva Gray, a doctor and university professor; and Vladimir Krcmery, a Slovak physician, scientist, and rector of a private college. 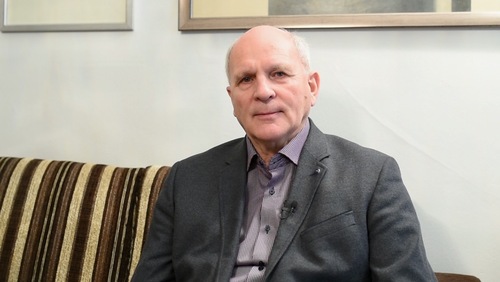 "The power of the spirit cannot be defeated by violence or by matter.

"China now boasts economic power, fast trains, and so on, but all this makes no sense if they persecute Falun Gong members. This makes no sense, because these great achievements of civilization will forever be tarnished by this persecution.

"I ask and request the representatives of the People’s Republic of China to stop this persecution and to allow people to live freely according to their conscience.

"I believe that these words, even from a small Slovakia, will one day come true." 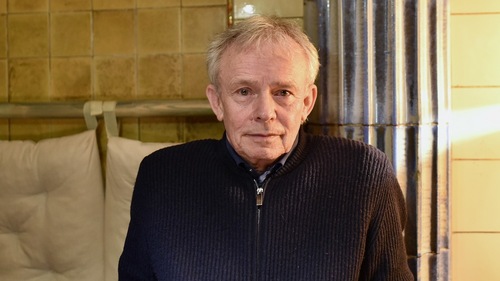 "I believe and know that it is not possible to stop faith, hope, and love. The Chinese leadership might recall how Kreont, Herodes, Macbeth, Hitler, and Stalin ended up.

"Today is the 21st century. Something terrifying is happening and the rest of the world–we are silent. But I believe that love and faith will prevail also in this time in human history."

On the crime of forced organ harvesting, Juraj Nvota said:

"… It is a scary fact that the organ trade is flourishing in China. People from all over the world come to buy health, but at the cost of murder or death of one of the Falun Gong practitioners. This is a fact that cannot be reconciled.

"That’s why I appeal to the Chinese government to stop their bloody steps.

"I believe that Falun Gong members will manage to break the armored hearts of the Chinese Communist dictatorship." 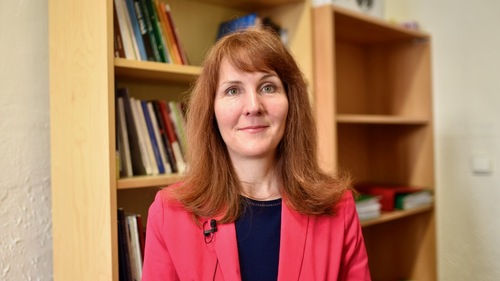 Eva Gray, a doctor and university professor, urged the international community to act quickly. She said:

"When I first saw the exhibitions of plasticized human bodies without skin and I saw that there were many of these exhibitions and these people did not show signs of illness or injury, I felt very bad about it.

"When I then read reports that point to very serious suspicions of involuntary organ transplants being carried out on political prisoners in China, I put these two things together and realized that it was quite possible that these human bodies without skin are actually a remnant of illegal human organ transplants with which the large machinery in China, supported by the government, has started.

"I consider any abuse of people to be unacceptable and I consider it unfair and unacceptable to persecute people for their political and religious beliefs or for their ethnicity. I therefore call on the Chinese Government and the Chinese authorities to stop persecuting people for their beliefs. I urge them to end any violence against political and other prisoners, and I also ask the international community to address this issue.

"People during World War II in Europe should have started to investigate suspected violence in concentration camps earlier. People thought these suspicions were unfounded and the investigation was not conducted at the right time. We should not allow such things to happen, we should stand on the side of the persecuted, and we should always stand on the side of justice and freedom." 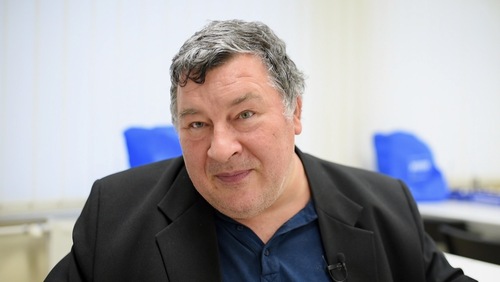 Vladimir Krcmery is a Slovak physician, scientist, expert in tropical medicine, and a founder of medical and social facilities and foreign humanitarian missions in third-world countries. He is also the rector of the private College of Health and Social Work of St. Elizabeth in Bratislava. After learning about live organ harvesting in China, Dr. Krcmery stated:

"Our family spent 21 years together in communist dungeons, when I add up the punishments of my father, my brother-in-law and especially my uncle.

"All in Slovakia who have survived interrogations of state security or any communist oppression, whether national or religious, naturally have solidarity [with other persecuted people] because they have experienced it.

"Our task now is to encourage the young generation who have not experienced it, that is, college students, to realize that the fight for human rights is not easy. It should be seen as a gift, for which many suffered a lot. I do not want to say 'fight' because I like that Falun Gong [does not fight back], and in this way of suffering it tries to change the souls of oppressors–in a nonviolent manner change the oppressors."

“Third List of Persecutors of Falun Gong Submitted to Governments in the U.S., Canada, U.K., Australia and New Zealand”