(Minghui.org) Falun Dafa practitioners in Los Angeles held a series of activities on Saturday, February 29, 2020, in the City of Monterey Park, to support the 350 million Chinese people who have withdrawn from the Chinese Communist Party (CCP). Monterey Park is a community in the Los Angeles area with a large Asian American population, and a growing Asian immigrant population. 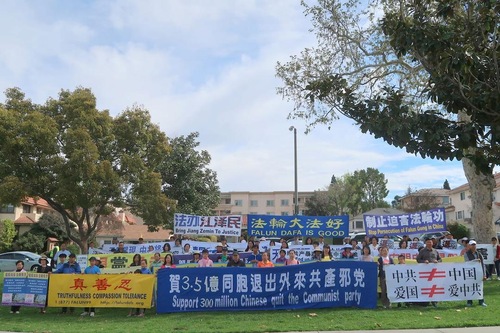 Falun Dafa practitioners hold an event to encourage withdrawals from the CCP. 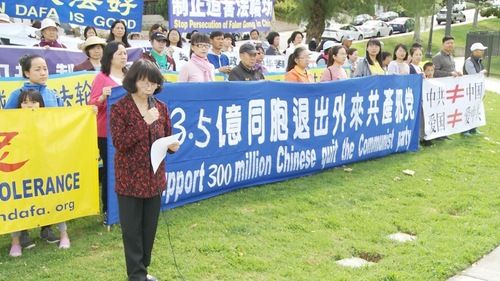 Helen Li, the head of the Center for Quitting the CCP in Los Angeles, gives a speech.

Helen Li, head of the Center for Quitting the CCP in Los Angeles, said that millions of Chinese have quit the Party. After the book, Nine Commentaries on the Communist Party was published, over 350 million Chinese around the world have withdrawn from the Party and its affiliated organizations.

Ms. Li also pointed out that the CCP has killed 80 million Chinese throughout its bloody history. Due to its continuing policy of cover-up, the Party is responsible for the coronavirus turning into an epidemic.

Ms. Li explained to the audience that saying, “Falun Dafa is good; Truthfulness-Compassion-Forbearance is good” will enhance positive energy in one's body, and one will be less susceptible to illness.

Ms. Li added that anyone who is a Party member will be held responsible for the Party's crimes. She urged people to not go down with the Party.

Starting at 9:00 a.m., practitioners demonstrated the exercises at Barnes Park. Many people were attracted by the soothing music and asked for information about Falun Dafa. Some learned the exercises during the demonstration. 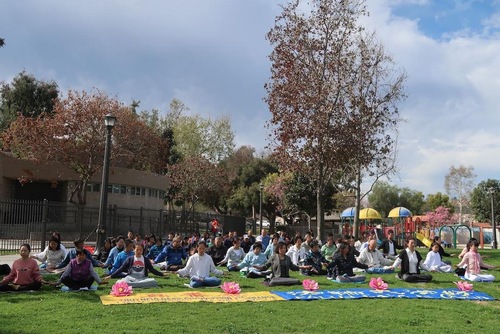 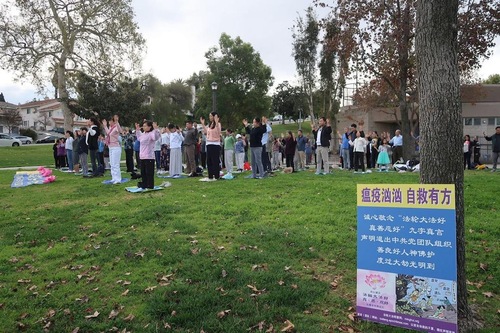 Practitioners demonstrate the exercises at Barnes Park on Saturday, February 29.

Mr. Zhao, who recently came to U.S., said that Falun Dafa and practitioners are completely different than how the CCP has portrayed them.

He said, “Practitioners are kind and honest people. I can sense their compassion and sincerity. Do not listen to the CCP. To know the truth, you need to meet and interact with practitioners yourself. Falun Dafa has spread to more than 100 countries and areas in the world. It's only banned in China. Isn't it obvious that something is wrong with what the Party claims?”

Mr. Zhao learned the exercises during the exercise demonstration. He said, “I have shoulder problems. I thought I wouldn't be able to do the exercises. To my surprise my shoulder pain disappeared!”

Ms. Zhang, a Chinese student, took several photos and videos of the exercise demonstration. She said that practitioners are special people. “I feel very peaceful watching them,” she said.

That afternoon, practitioners held banners and posters and formed a “Great Wall of Truth.” The posters had information about quitting the Party and facts about the coronavirus. 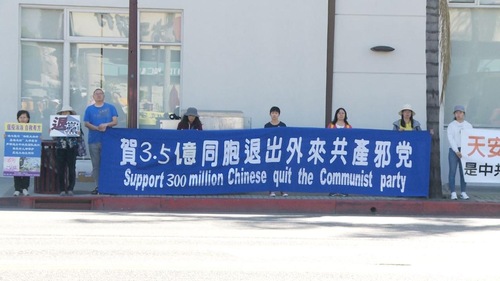 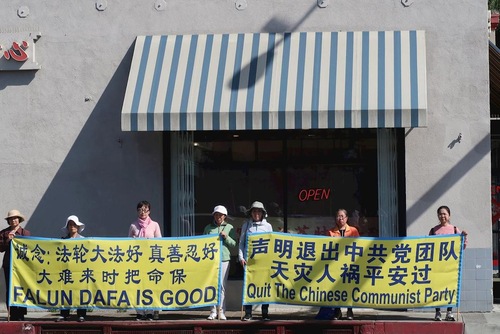 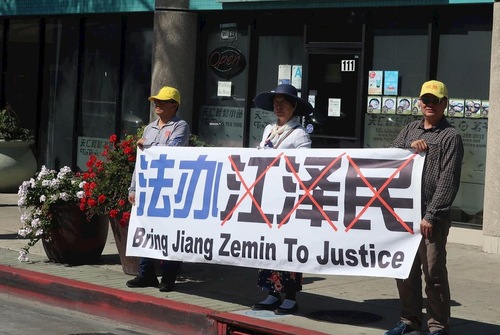 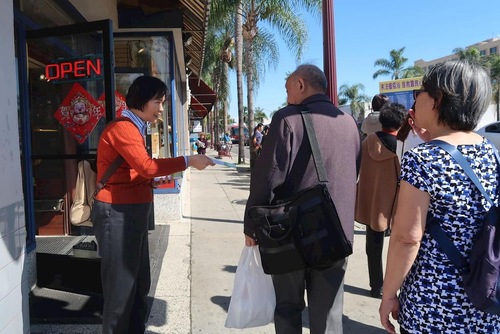 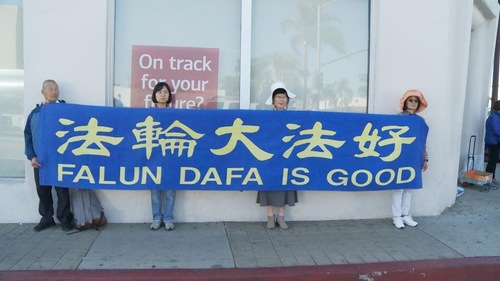 Banners and posters inform the public about Falun Dafa and the persecution.

When Mr. Liu, a local resident, passed by the practitioners' banners, he said that he respects Falun Dafa. “You practitioners are truly great. So many years have passed. You've held onto your belief in the face of the CCP's persecution. Nobody but you guys could do this. I really admire you.”

Another Chinese passerby echoed Mr. Liu's sentiment and added, “The CCP is really evil! The persecution is really evil. I support your peaceful resistance!”

The Great Wall of Truth attracted many passersby who read the banners and posters and accepted the practitioners' materials. Several people expressed their encouragement and support. Some Chinese also renounced their CCP memberships.

“Do Not Drift Away from Fellow Practitioners Amidst the Coronavirus Outbreak”

“The Blessings of Dafa”