Prior to the performances, the dance and music company received welcome remarks from over 90 local elected officials at the federal, state, and municipal levels. 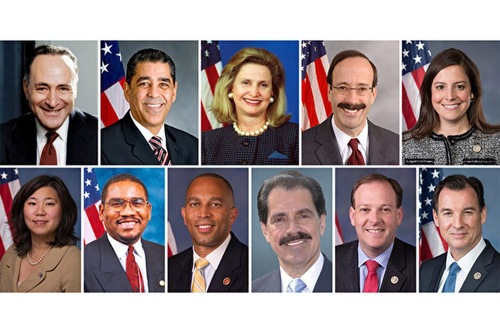 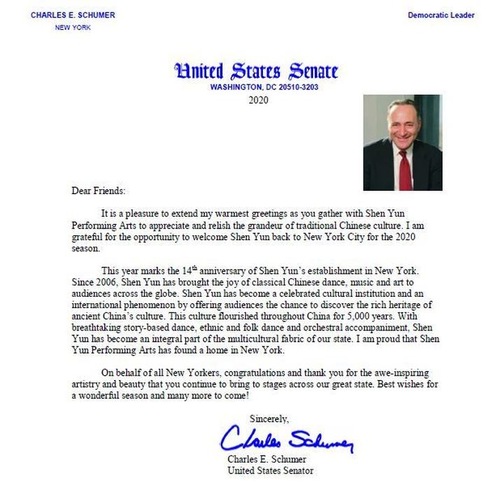 Letter from Charles E. Schumer, U.S. Senator and Senate Minority Leader. He wrote, “Shen Yun has become an integral part of the multicultural fabric of our state. I am proud that Shen Yun Performing Arts has found a home in New York.” 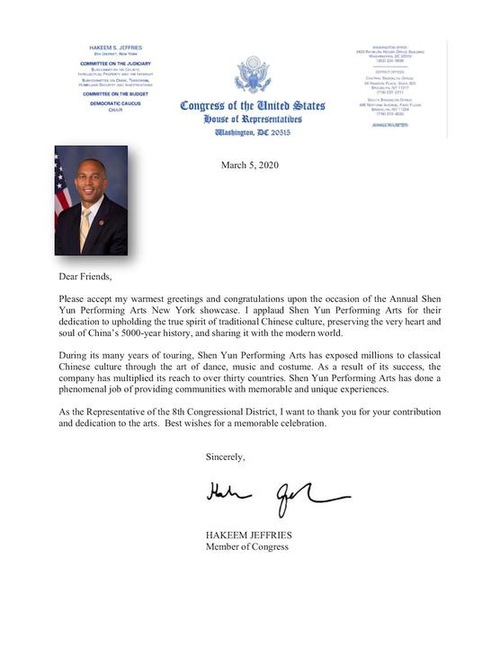 Letter from U.S. Representative Hakeem Jeffries. “I applaud Shen Yun Performing Arts for their dedication to upholding the true spirit of traditional Chinese culture,” he wrote. 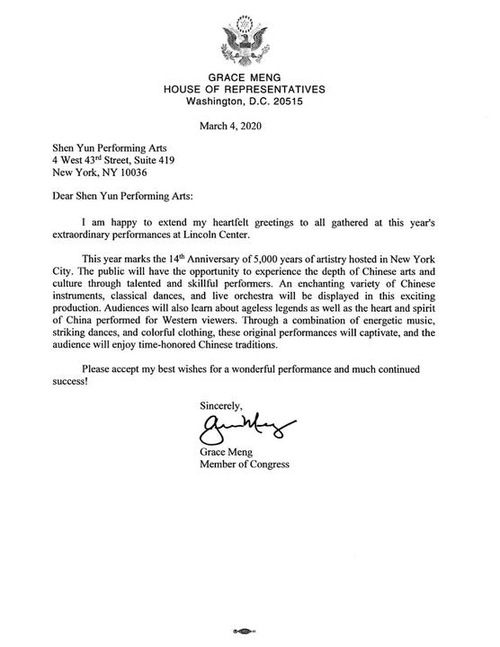 Letter from U.S. Representative Grace Meng. She wrote, “Through a combination of energetic music, striking dances, and colorful clothing, these original performances will captivate, and the audience will enjoy time-honored Chinese traditions.” 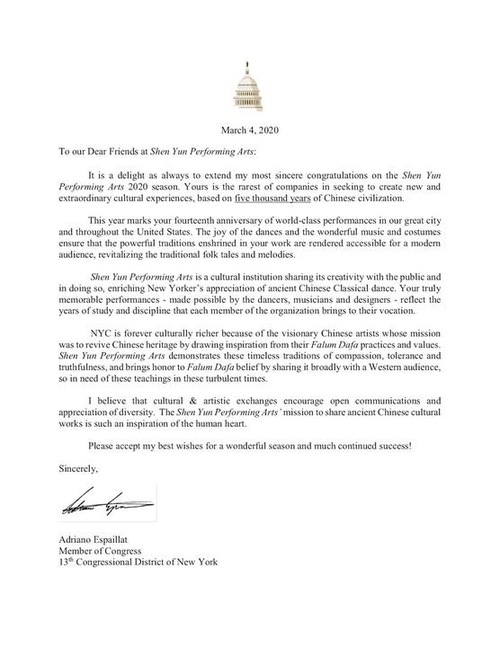 Letter from U.S. Representative Adriano Espaillat. He wrote, “The Shen Yun Performing Arts' mission to share ancient Chinese cultural works is such an inspiration of the human heart.” 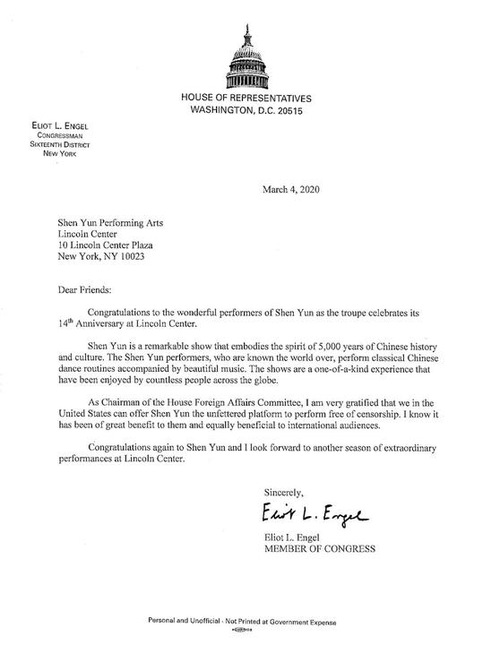 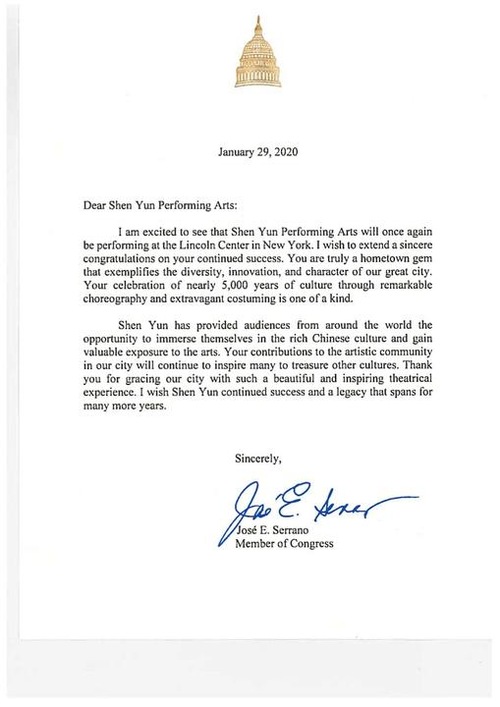 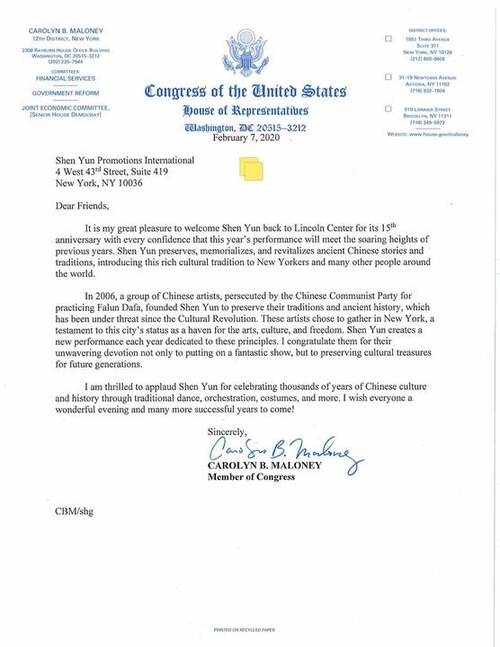 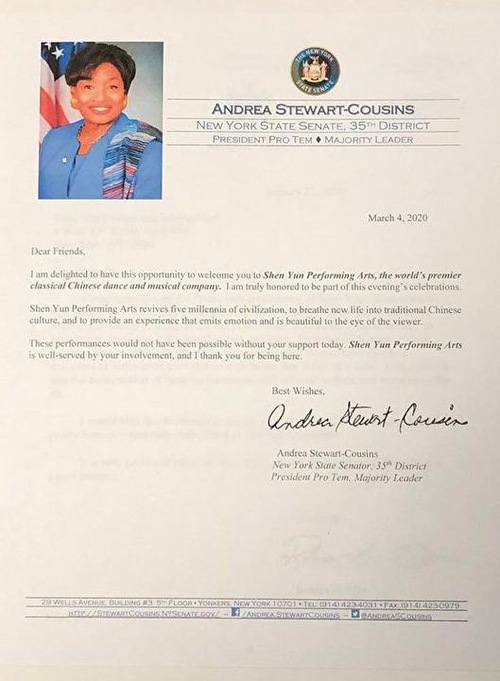 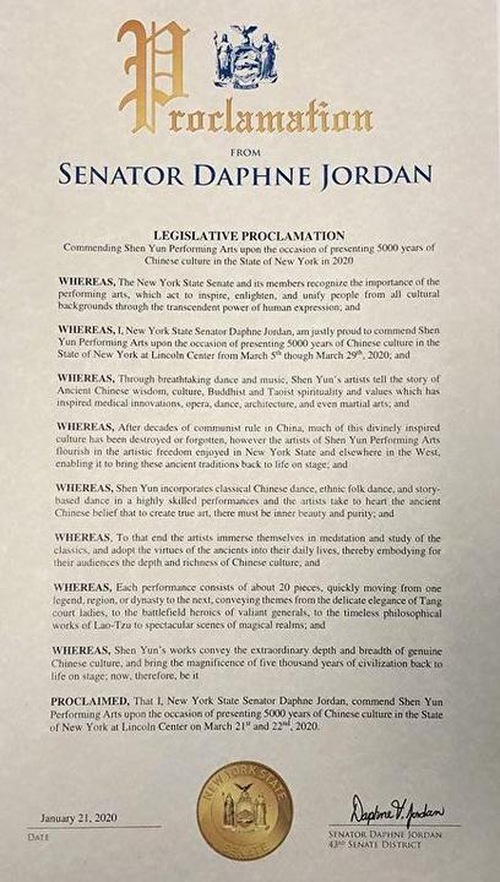 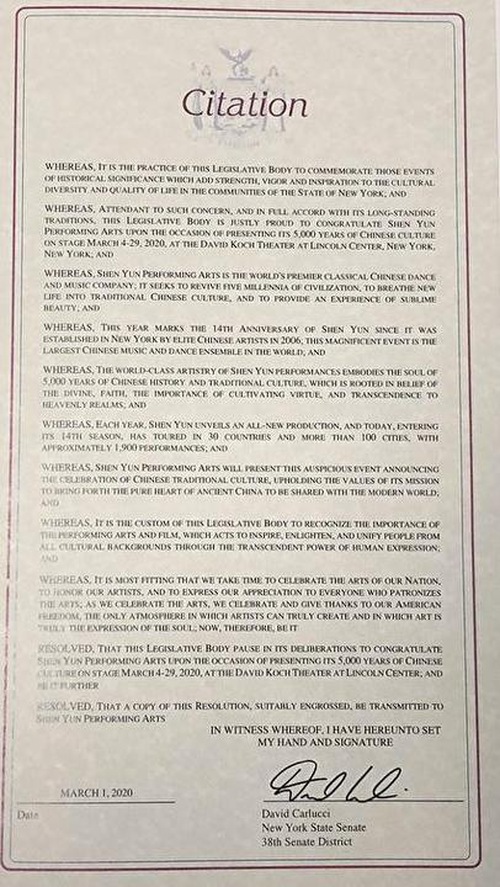 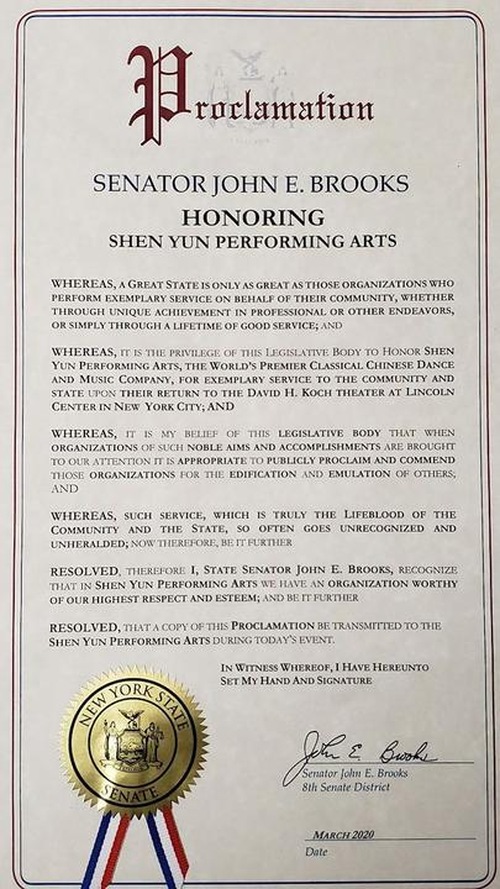 Shen Yun also received remarks from the following state and municipal officials as well as ten other regional officials:

“We Have Multiple Ways to Save People amid the Coronavirus Outbreak”