(Minghui.org) Students at 15 Taiwanese universities have established Falun Dafa clubs in which they do the meditation exercises and introduce the practice to other people on campus. 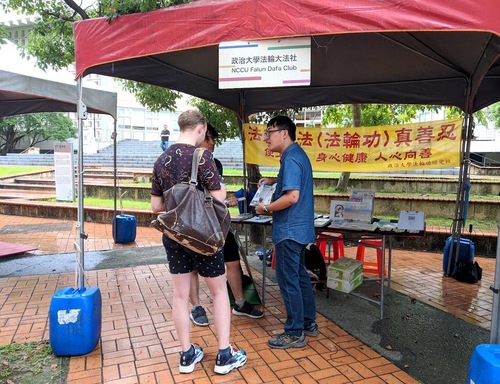 Members of the National Chengchi University Falun Dafa club set up a booth on the campus grounds to introduce the meditation practice to students.

The Falun Dafa club at National Chengchi University (NCCU) hosts a booth at the beginning of every semester so that students and faculty members can get to know the practice better.

Sena, an international student from Turkey, is studying psychology at NCCU. She was introduced to Falun Dafa through the club's information booth and wanted to take up the meditation discipline. She signed up for some activities the club was holding for new students and learned the five sets of Falun Dafa exercises. 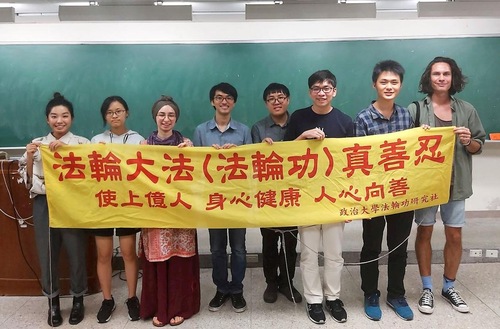 Attendees of a tea party for new students organized by the NCCU Falun Dafa club pose for a photo together. 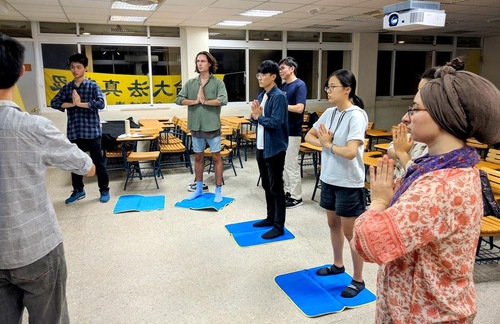 University students learn the first set of exercises at the tea party.

Sena also joins other club members every Thursday to do the Falun Dafa exercises, study the teachings, and share understandings gained from the practice. She said Falun Dafa is amazing and that she wants to understand it more deeply. 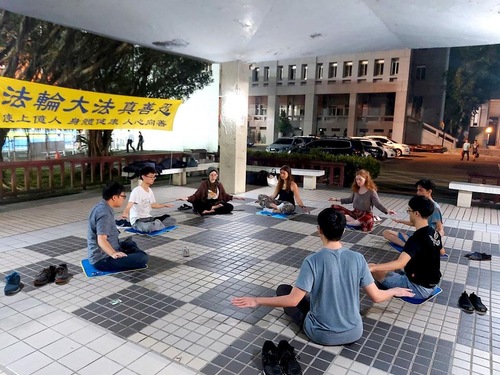 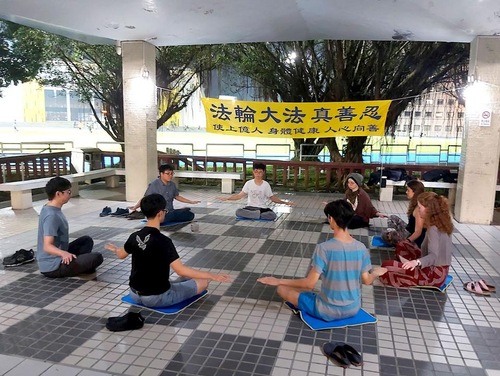 Falun Dafa club members do the exercises in a pavilion next to the sports field.

At the end of 2019, a NCCU review committee commended the Falun Dafa club for preserving universal values and upholding human rights. The club was ultimately presented with an award for excellence. 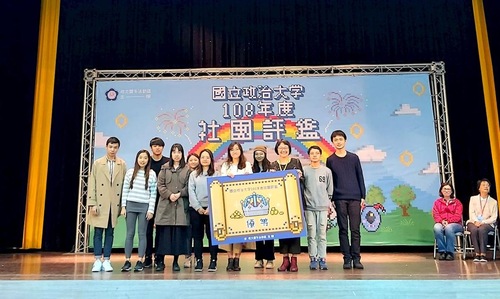 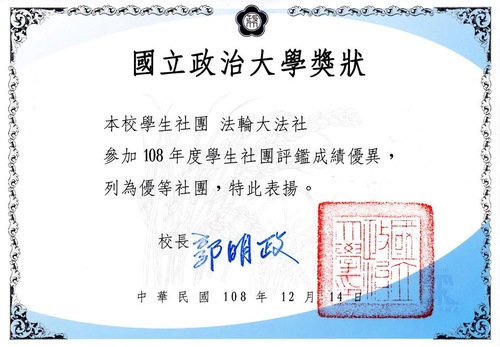 The NCCU Falun Dafa club was presented with an award for excellence following an evaluation of student clubs at the university.

Students Learn About the Persecution Through Club Activities

Many people took information about Falun Dafa and signed a petition calling for an end to the persecution.

Li Yanlin said these types of activities provide students with an opportunity to really connect with what has been happening in China. For example, he met a friend who asked him about Falun Dafa. As Li explained things to him, he was astonished to learn that his friend had once read a book that defamed and demonized the practice. The friend thanked Li for telling him the reality.

Lin Yanmin is a second-year postgraduate student majoring in Chinese medicine at I-Shou University. He started practicing Falun Dafa with his father when he was in elementary school. He said practicing Dafa improved his character and made him a calmer and more amiable person.

Lin said he organized two screenings and forums on campus because he wanted more people to learn about the torture Dafa practitioners in China are subjected to for their belief. 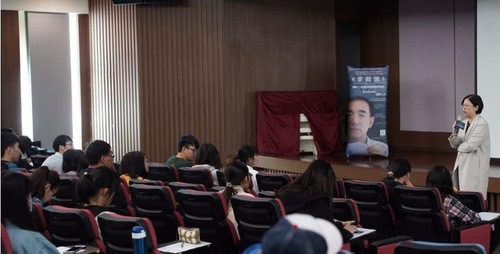 A Falun Dafa practitioner answers questions from students at a screening of the documentary Letter from Masanjia.

Lin met with several lecturers while applying for permission to screen the documentary. They were shocked to learn of the atrocities happening in China and asked what they could do to help.

Lin said that after watching the documentary, students condemned the communist regime and its crimes against humanity and expressed support for Falun Dafa practitioners' resistance against the persecution.

Lin said the forums organized by the Falun Dafa club also provided another avenue for people to learn about the meditation practice.

“An Open Letter to China's Top Leaders: How to Beat the Coronavirus Epidemic”