Belated News: Heilongjiang Woman Dies after Years of Persecution for Her Faith

(Minghui.org) It was recently confirmed by Minghui.org that a woman in Jiamusi City, Heilongjiang Province, passed away on February 11, 2019, after suffering years of persecution for her faith in Falun Gong. Her husband had died of liver cancer a year before, after his health deteriorated due to the stress of his wife being persecuted. 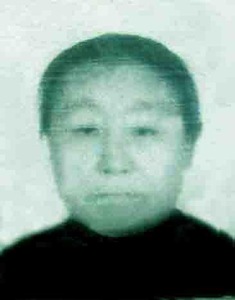 Ms. Yu Chunlan, who was retired from the Jiamusi Textile Factory, took up Falun Gong in 1997 and credited the practice for curing her many ailments.

After the communist regime ordered the persecution of Falun Gong in 1999, Ms. Yu was arrested five times and tortured in custody. Her family had nearly 15,000 yuan extorted from them by the authorities.

Ms. Yu was first arrested in late September 2000. The police confiscated her Falun Gong books and a photo of the founder of the practice. She was held in a detention center for more than 20 days. The police extorted 1,600 yuan from her family before releasing her.

Ms. Yu was arrested again in July 2001 after the police found her and six other practitioners studying the Falun Gong teachings together. Chen Wanyou, an agent with the Jiamusi 610 Office, extorted 3,000 yuan from her family.

In November 2001, Ms. Yu went to Beijing and held a banner on Tiananmen Square to petition for her faith. The police arrested her and took her to Zhanqian Police Station.

Because Ms. Yu refused to reveal her name, she was transferred to another detention facility in the suburban area and interrogated by several armed officers. A dozen other practitioners who were also arrested for demonstrating on Tiananmen Square and refused to disclose their names were also brought there for interrogation.

The officers didn’t let Ms. Yu sleep or even close her eyes. They forced her to bend over for prolonged periods of time and hung her up by her wrists with her arms pulled up behind her back. The police occasionally pulled the handcuffs to increase the pain.

Other practitioners were left outdoors in the freezing cold. The police poured water on their clothes, which soon froze. 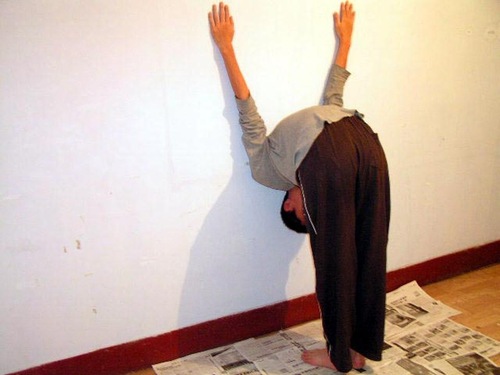 After a few days of torture, Ms. Yu told the police her name and address. She was then transferred to a detention center in Beijing. She was monitored around the clock and beaten if she did the Falun Gong exercises. The detention center didn’t give her a bed, so she had to sleep on the concrete floor with no bedding.

Three weeks later, officers from Yingjun Police Station in Jiamusi traveled to Beijing and took Ms. Yu back. Her family had over 5,000 yuan extorted from them to cover the officers’ travel expenses.

Ms. Yu was arrested a fourth time in May 2007 for hanging up banners about Falun Gong. She was held in Jiamusi Detention Center and forced to make more than 1,000 toothpick decorations every day. She wasn’t allowed to sleep if she couldn’t finish the daily quota. The authorities extorted 4,000 yuan from her family.

Yingjun Police Station officers harassed her family on February 12, 2009. Because Ms. Yu wasn’t home at the time, the officers searched her place and confiscated her Falun Gong materials.

Because she filed a criminal complaint against Jiang Zemin, the former head of the communist regime who ordered the persecution of Falun Gong, Ms. Yu was arrested a fifth time on July 30, 2015. She held a hunger strike for three days in the detention center and was then released.

After living through constant arrests and harassment over the years, her husband and mother-in-law were traumatized. As soon as the word “police” was mentioned, her mother-in-law would start to tremble.

The mental distress took a toll on both her husband and mother-in-law’s health. They passed away, one right after the other.

Their deaths devasted Ms. Yu, and her own health began to decline. She passed away on February 11, 2019, a year after her husband’s death. She was 69.