(Minghui.org) New York-based Shen Yun Performing Arts shared its artistic presentation of a revived civilization with theatergoers in the United States, Canada, and Australia during the first week of March 2020. 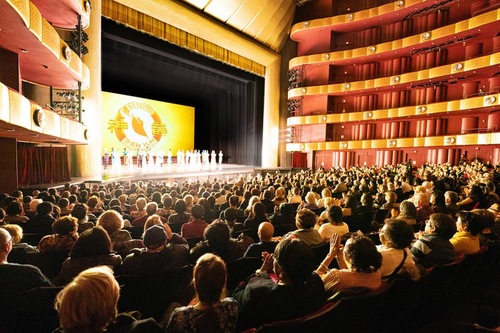 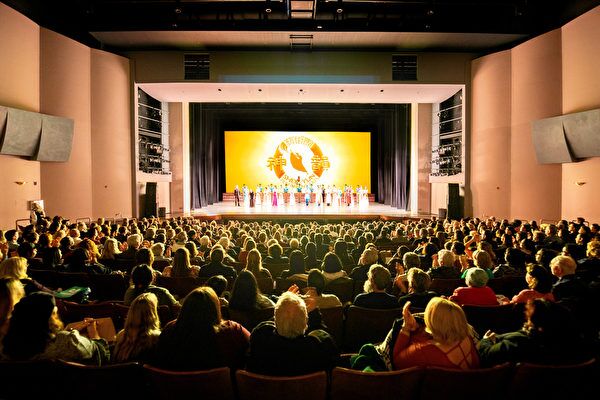 The Shen Yun New York Company at the Center for Performing Arts-Governors State University in University Park, Illinois, on March 8, 2020. The local presenter added seats prior to the performance to meet the demand. 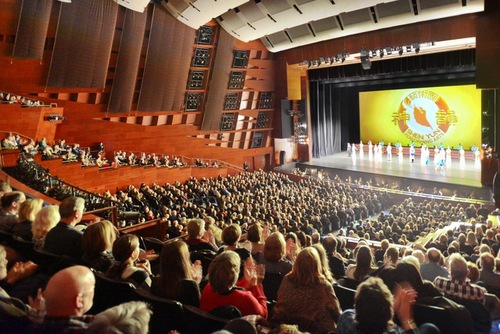 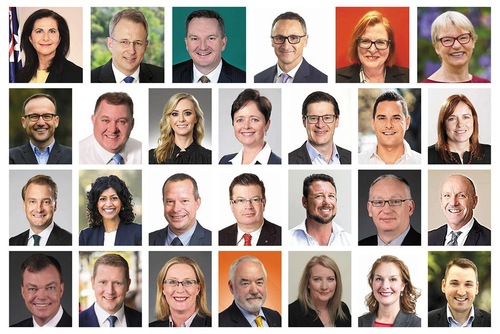 “Very Emotional in Very Many Ways” 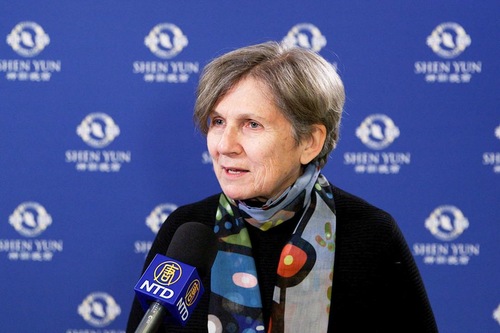 Estelle Lamoureux, Chair of Education for the Canadian Commission for UNESCO (United Nations Educational, Scientific and Cultural Organization) and the Manitoba Association for Rights and Liberties

Estelle Lamoureux, the Chair of Education for the Canadian Commission for UNESCO (United Nations Educational, Scientific and Cultural Organization) and for the Manitoba Association for Rights and Liberties, attended Shen Yun's performance at the Centennial Concert Hall in Winnipeg, Manitoba, Canada, on March 4, 2020.

“Beautiful. It’s very emotional in very many ways,” she said.

“Because it’s a storytelling aspect to it that it creates, as if you’re going into this on stage with the dancers. So I thought it was very moving in many ways.

“[Shen Yun] is just a joy. There’s a lot of joy in it, and a lot of color... And the choice of color with the green, the pinks, the orange, the whites, brings joy. So I think in that way, it was uplifting. So in that way, it’s emotional. I think it was beautifully done.

“It brings back the beauty and the caring and the emotional aspect of the ancient traditional dance of China... It was very visual, because [Shen Yun has] definitely incorporated that of the divine spirituality of it through imagery and through the incredible graphics that [they] have... Very well done.

“When we were walking out, we said we felt as if we could leap out of our seats! And then we realized we couldn’t, because we’re not trained. But we felt very energized by [Shen Yun’s performance]. It was very good,” Ms. Lamoureux said. 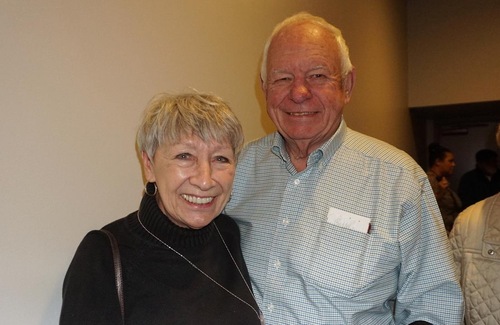 Lynn Ahlden, president of the board of the Kankakee Valley Symphony Orchestra, and her companion.

Lynn Ahlden, the president of the board of the Kankakee Valley Symphony Orchestra, saw Shen Yun with her companion in University Park, Illinois, on March 5, 2020.

“It’s almost surreal... It’s absolutely beautiful. The talent, the physical skills, all of it... I’m thrilled,” she said.

“I really feel that [the overall message] was peace. And the fact that we’re all more alike than we’re different... If we can only relate better like that it would be a much better world. It really would.

“It’s not all that hard [to do]... Things like [Shen Yun] really help a lot. They really really do. I appreciate the opportunity. Thank you,” Ms. Ahlden said. 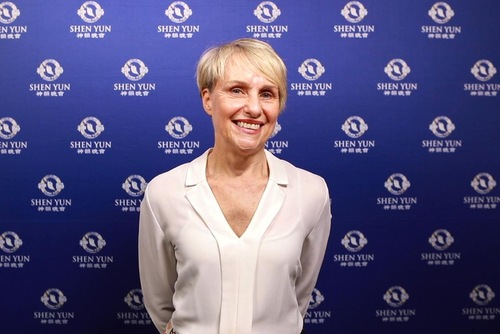 Maxine Kohler, the principal of The McDonald College, saw Shen Yun at the Capitol Theatre in Sydney, Australia, on March 4, 2020.

“I’m just in awe of the performers’ precision and athleticism and the way they work together as a team,” she said.

“The dancers performed with every part of their body, from their eyes right through to their fingertips.

“I think it would be good for children of classical ballet or other forms of dance to come along and look at it because it is so classical, but it’s so different. It’s not something they’re used to seeing, the more that they can see of any sort of art, it increases their knowledge and depth of understanding.

“Congratulations and well done. I think they’re amazing and wonderful athletes and I can only imagine the amount of training and hours that they put in to get that, so I commend them,” Ms. Koehler said. 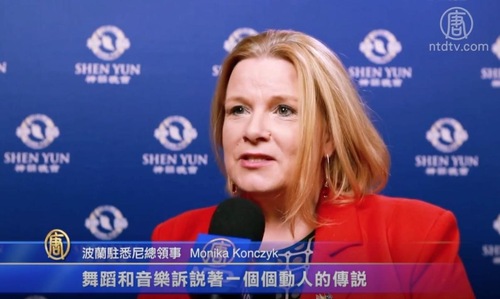 Dr. Monika Konczyk, Consul-General of the Republic of Poland

Dr. Monika Konczyk, the Consul-General of the Republic of Poland, attended Shen Yun's performance at the Capitol Theatre in Sydney, Australia, on March 4, 2020.

“First of all, it’s an amazing story... Because the actors, the dancers, the music is telling us a beautiful story from the ancient times or even pre-ancient times,” she said.

“We can follow the history and the history of China—Chinese people—not only the emperor, but also the ordinary people. About their feelings, love—a lot of emotions.

“Truly speaking, I am from a Catholic country and I believe in God, so I think that it’s something for me. It’s quite common or normal that we are connected to the divine or supernatural, the God that rules our lives.

“I think everybody should see the show at least once because you can learn about history... You can have a wonderful time with wonderful dances and music,” Ms. Konczyk said.