Audiences Across the Globe Find Hope and Divinity in Shen Yun

(Minghui.org) Shen Yun Performing Arts brought uplifting tales and classical stories to cities in the United States, New Zealand, Germany, and Switzerland during the week of February 25 through March 1, 2020. 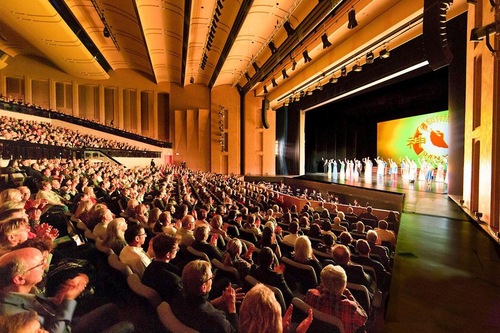 The Shen Yun Touring Company at the Forum am Schlosspark in Ludwigsburg, Germany, on February 28, 2020. The company presented five sold-out shows to local theatergoers February 28–March 1, 2020. 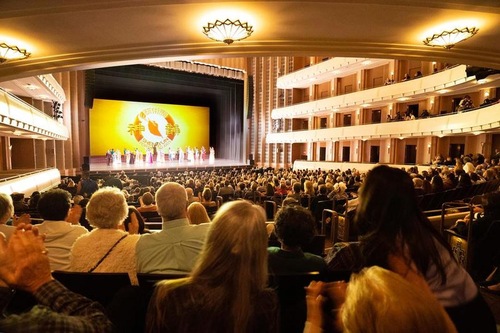 The Shen Yun New York Company at The Smith Center for the Performing Arts in Las Vegas, Nevada, on March 1, 2020. The company presented six performances in the city February 26–March 1, 2020. 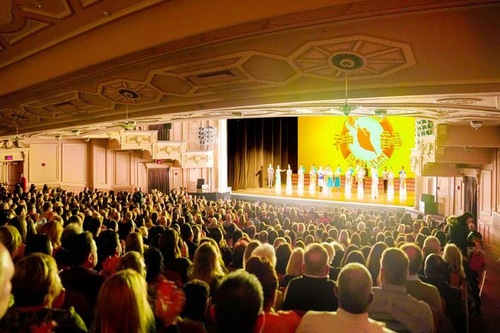 The Shen Yun Global Company at the Merriam Theater in Philadelphia, Pennsylvania, on March 1, 2020. The company presented 20 performances in the city February 12–March 1, 2020.

“The Good in Man” 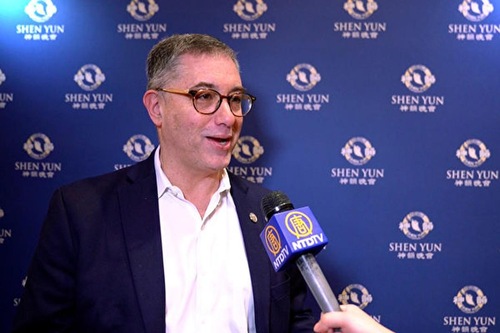 Marc Kramer, an entrepreneur and the founder of the first angel investor network in the U.S., saw Shen Yun at the Merriam Theater in Philadelphia on February 27, 2020.

“It was great. I mean I really enjoyed it. And you know, that’s why I come back every year – that’s because, for a couple of hours, you get to really decompress,” he said.

“This was de-stressing my whole week... It’s very relaxing. And I found that it's a great break from your day just to enjoy the music, the dancing, everything. Makes you feel more uplifted!

“The dance is beautiful. The costumes are beautiful. You kind of feel like you’re transported to a different time.

“I think it inspired people to live a healthy life, one in which you love other people, connect with other people, share with them, and it’s all about the good in man,” Mr. Kramer said.

“The Image of an Entirety” 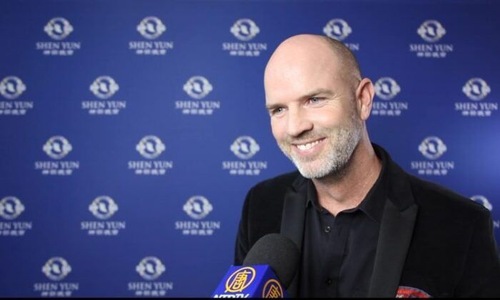 “I was fascinated to see the precision, exactness of the performers—it was everything the same and so concise,” he said.

“It is the image of an entirety and not the singular pieces, one after another.

“The performance delivers an insight into the story of Chinese art and classical music, as I have not seen before.

“Beautiful music. One could savor the music, close one's eyes and achieve a meditating posture—amazing music.

“I closed my eyes on and off, let the music sink in, and meditated, forgetting my surroundings—the audience—and concentrated only on the performance,” Mr. Wolner-Hanssen said. 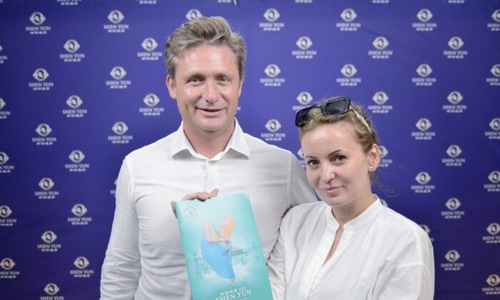 Karol Adrasowicz-Madej and his wife Violetta

“A lot of warmth... Chinese culture was always close to me... So you have touched upon one of the interesting parts of your culture.

“Falun Dafa [has] a very close connection with the energy. [It’s] good for the body and enhances health. I would say Chinese culture is rich. It’s not only old, but it just goes back to the times where we can’t even remember and it would be nice that it doesn’t get forgotten,” Mr. Adrasowicz-Madej said. 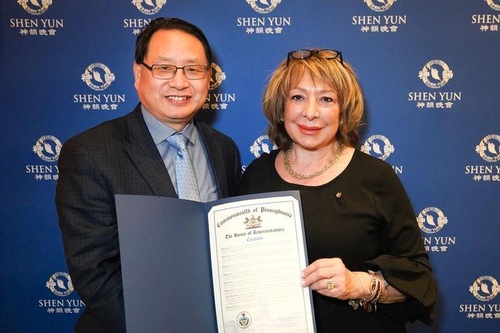 “It’s amazing that without a word except from the commentators, how much we pick up from just the movement, the motion, the music—it tells us the whole story. It’s just beautiful,” she said.

“There is a lot of emotion and passion in their movement, and it’s almost like worshiping, the way they move and dance with it.

“It is extremely spiritual... It’s amazing to think, all the different things they do in this performance. It really is, it’s beautiful. I’m enjoying it so much, I really am.

“A beautiful all-in-all experience. And I recommend for everybody to get a chance to see it. I feel so happy that I got to see it,” she said.

“It Takes My Breath Away” 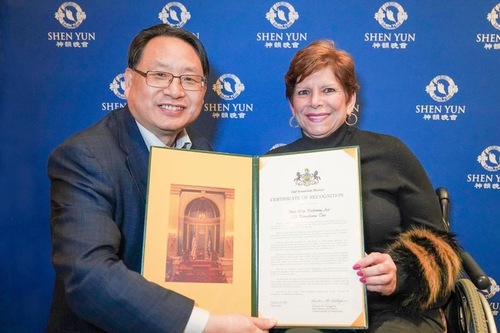 Pennsylvania State Senator Christine Tartaglione saw Shen Yun and presented a certificate of recognition to the local presenter at the Merriam Theater in Philadelphia on February 28, 2020.

“I have to tell you, [Shen Yun] is stunning,” she said after seeing the performance.

“I am inspired. I really am. You could feel the spirit in the dance, it comes across and you can feel it. I don’t know how to explain it. You want to get up and you want to be able to be a part of it.

“It was so moving and I can see the divinity. As the show went, I saw the spirituality coming out. I was extremely impressed and I’m grateful to be here. When the beams of light came out, I actually could actually feel them going through me. I was moved that much.

“[As for the tenor's performance,] I’m glad [they] put the words up so that I could actually see what he was saying. It gave you hope. I’m telling you they gave me hope, the lyrics. Thank you.

“Between the dance and the music, it just, it takes my breath away when I watch it... I think everybody should see it,” she said.