(Minghui.org) Today's news from China includes incidents of persecution that took place in 3 cities or counties in 3 provinces, where at least 105 practitioners were recently persecuted for their belief. 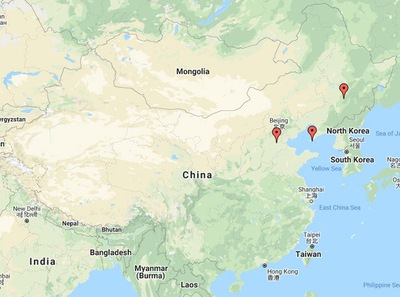 Mr. Yue Naiming from the Fengman District was physically abused in the No. 9 Ward of Gongzhuling Prison, and is now hospitalized.

Since September 2019, he has been violently abused, shocked with electric batons, scolded, beaten, tortured in various ways. The guards have also given him only half a bowl of cornmeal for each of the three meals every day.

Mr. Wang Jun from the Huabei Oilfield was arrested by officers from Liangzhao Police Station on January 21, 2020, for talking to people about Falun Gong. He managed to escape later that day.

Mr. Wang was arrested again at home by the Renqiu City police and residential committee personnel the following morning. He is being held in the Renqiu Detention Center for ten days.

3. [Dalian City, Liaoning Province] Over 100 Practitioners Arrested or Harassed in 2019

103 Falun Gong practitioners were arrested and harassed by the public security services in Dalian in 2019. They include:

“After Four Years of Incarceration, 70-year-old Woman Gets Two More Years for Her Faith”