Australian Member of Parliament: Chinese Traditional Beliefs Will Be Revived

(Minghui.org) George Christensen, member of the Australian House of Representatives said after learning that more than 350 million Chinese have renounced their memberships in the CCP, “It is a remarkable thing to see so many people making a stand against the Chinese Communist Party, declaring their spiritual awakening and independent character. China is not the CCP. China is represented by Chinese citizens.” 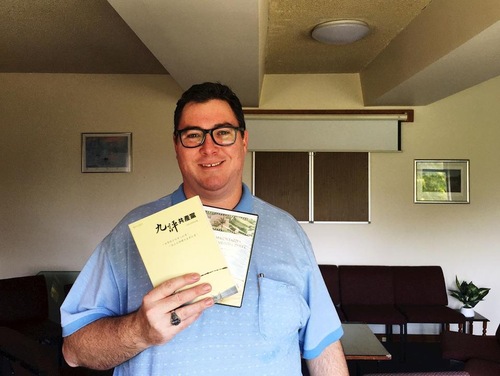 George Christensen, Member of the Australian House of Representatives, said he was encouraged by the growing number of Chinese nationals renouncing their Communist Party memberships.

George Christensen has been a member of the House of Representatives since he won the 2010 federal election representing the Division of Dawson. He is also chairman of the Joint Standing Committee on Trade and Investment Growth. He said, “What's encouraging is several hundred million Chinese declared that they don't want to be part of the communist regime. This is the hope for rebuilding a free society in China.”

The Nine Commentaries on the Communist Party is a series of editorials published in 2004 that reveal the true history and nature of the Chinese Communist Party (CCP). It has led to a wave of withdrawals. To date over 355,400,000 people have quit their CCP memberships.

The CCP spread throughout China has been accompanied by killings, violence, deception, and persecution. In its 70 years of brutal rule, the regime has destroyed China's 5,000-year-old traditional culture and has become the bottom level of human morality. The number of Chinese people poisoned by the CCP who choose to withdraw from it increases by tens of thousands every day. This is a strong expression of people's will.

Falun Dafa practitioners have been the main force behind this wave of withdrawals. In China where they have been brutally persecuted for 20 years, practitioners have persisted in telling people about the peaceful nature of the practice in spite of losing everything. Christensen added, “One day there will be a spiritual reawakening in China. Chinese traditional values and beliefs will be revived.”

Quitting the CCP Is the Hope for Rebuilding a Free China

Mr. Christensen said, “At the heart of the movement is public awareness that they have the power to overthrow the CCP. This is also the founding stone for a democratic society. The movement started from small sparks and turned into a big fire that is unstoppable.”

He believes that the 20 years of peaceful resistance, the movement to quit the CCP, protests in Hong Kong against the extradition law, underground churches, and so on, are things feared by the CCP, and hence it brutally persecutes these groups. It knows such independent thoughts are like sparks igniting “flames” among Chinese citizens. He feels these will overthrow its power and bring democracy to China.

Mr. Christensen said, “Under communist rule, people lose their freedom. They cannot do what they want, say what they want. However, I'm deeply encouraged by the hundreds of millions of withdrawals. This is hope for rebuilding a free China.” 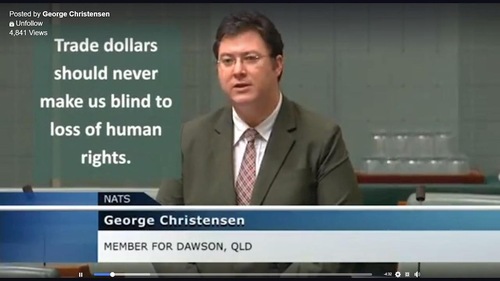 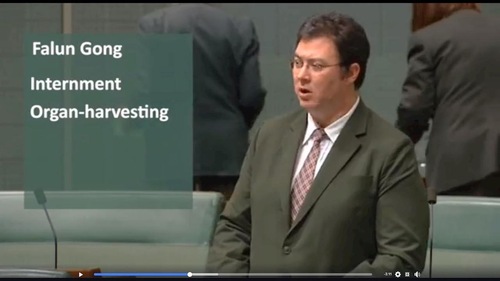 Mr. Christensen spoke in the Australian parliament in June 2018 on the CCP’s persecution of Falun Dafa and other religious groups, as well as its infiltration in Australia (video screenshot of his speech).

Western Society Should Say No to the CCP

Mr. Christensen said, “The movement is peaceful and non-violent but it is powerful. There is a saying that the pen is mightier than the sword. The power of the people is stronger than the government. In a democratic country, the government's power comes from the will of the people. Communism in China came from the communist ideology in Europe. You cannot see any of this in Chinese history and books.”

“I know that in China, Falun Dafa practitioners have been brutally tortured, their organs removed while alive, and murdered simply for their belief. However, they are very brave and have continued to tell people what’s happening and resist the persecution. They continue to follow the principles of Truthfulness-Compassion-Forbearance. These are completely based on traditional Chinese moral values. They are universal values and should be praised.”

He believes Falun Dafa and other religious groups will be one of the major forces bringing a spiritual reawakening in China, and said, “For those of us living in a Western society, we should say no to the CCP. If you persecute your own citizens because of their beliefs, you are committing crimes against humanity.”

“Master Protects Us When We Have the Heart to Save People”