(Minghui.org) Two of Shen Yun's seven touring companies presented 20 performances in four cities in Italy, the United Kingdom, and the Netherlands between January 17 and 29, 2020.

'Out of This World' 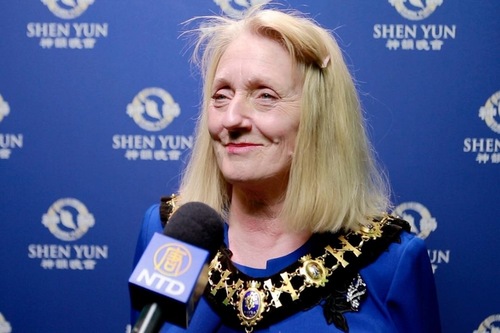 “The performance was out of this world. It was mesmerizing. I’ve never seen such color, such beauty, and perfection,” Ms. Brown said.

“I absolutely adored the screen behind the dancers. It was magical, that’s all that I can say. I absolutely could not have enjoyed the evening any more than I did. So I thank you very much.

“Very high standard ... The perfection of the dancing, the humor, the beauty - everything. And the storytelling was perfect and easy to follow.

“It’s very inspiring and it’s very spiritual ... Everything was magical. It brought feelings out of me that I haven’t been in touch with for a long time. So I thought that was really nice, as I felt very relaxed.

“I'm feeling I’m walking away with something. - a gift. I’m receiving a spiritual gift ... I’m just in a very good mood.

“Very happy to be here tonight ... I really enjoyed it. It was stunning and very exciting,” she said. 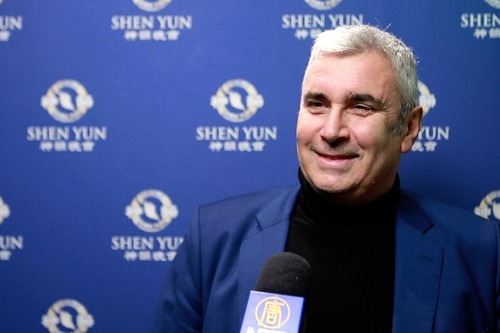 Marvin Berglas, a magician, saw Shen Yun at the Eventim Apollo in London on January 17, 2020.

“It was a spectacular event. The synchronicity of the artists was incredible. You know, within millimeters... Everybody’s hands, arms, legs, feet, all in exactly the right place,” Mr. Berglas said.

“I particularly liked the special effects. The backdrop was sensational and the times when they’d introduced a magical element to it really added to the spectacle.

“Truly wonderful ... It’s worthwhile seeing it because there’s clearly thousands and thousands of hours [that] have gone into making it perfect.

“The orchestra being live and synchronizing with the dancers and gymnasts was superb.

“It’s quite inspirational... Makes you want to get out and do a bit more exercise and dance, and more laughing!” he said. 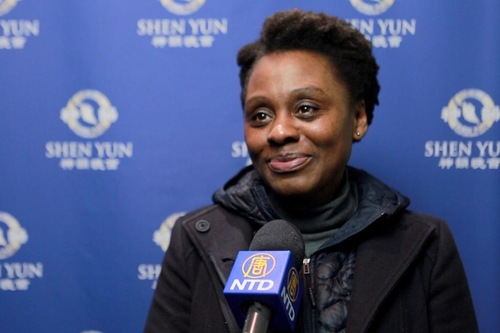 “It is magical. It sort of goes beyond... Everything about it really is mesmerizing—it’s gorgeous,” Ms. Gordon said.

“The way you receive it, it feels like you’re part of the experience, which is fantastic.

“I think you sort of go into a trance. For one, you’re blown away by the stamina, the athleticism, the extraordinary contortion of movement that those incredible dancers are able to perform.

“It’s a lot to take in for one evening, so I’m still processing it ... There will still be elements of it that I will be processing when I wake up in the morning, or even in my sleep tonight. But it was just a wonderful way to have a very rare opportunity to see these stories being retold in such a magical way.

“It was just absolutely wonderful. The art of it, the music of it, the beauty of it, there’s just so many different elements that are just extraordinary to see ... We’ve just had a really beautiful, amazing, mesmerizing evening,” she said.

She would like to say to the performers, “Whatever it is in you that makes you able to do that, just keep going.” 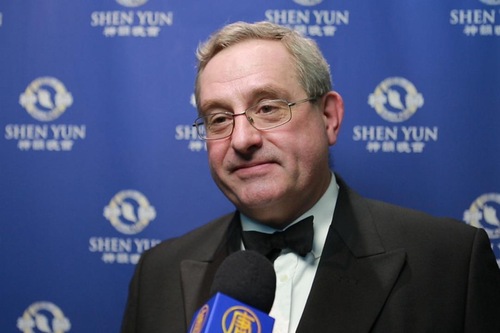 Adrian Aplin, the managing director of Bickenhall Developments, saw Shen Yun at the Eventim Apollo in London on January 24, 2020.

“It was just something very special,” Mr. Aplin said.

“It was amazing. It was just such a fantastic mixture of music and dance and spectacle with an incredible orchestra and great dancers.

“It’s very exciting. The music sort of gets into your body and you really get enthused by it.

“They were absolutely incredible. So athletic and so flexible. Some of the moves that they pulled off were unbelievable.

“I think it’s really good. It’s spreading the Chinese culture and the Chinese tradition, and there are some really good stories to be told about the Chinese values and their relationship to the world we live in today.

“We’ve lost our way a little but I think going back to some of these traditional values would be a really good thing,” he said.

'It Leads to Inspiration' 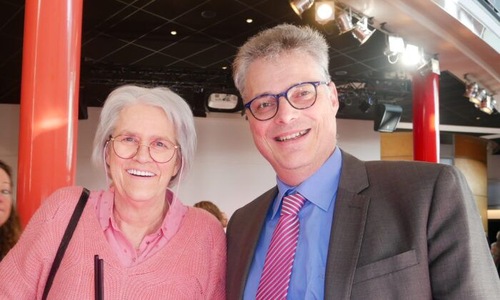 Jan Maarten van Rooij, a conductor, attended Shen Yun's performance at the Chassé Theater in Breda, the Netherlands, with his companion on January 29.

“I am a music conductor. What I see—everything is perfect, spot-on, with the movement of the dancers with the music,” Mr. van Rooij said.

“I like it very much, the integration of music, dance, and visual effects. I am very happy to be here.

“The integration within the tradition of Chinese music, the usage of instruments of the West—it is phenomenal.

“The specific sound of the Chinese instruments are still in there and have a dominant role, that is what I can hear, but the Western instruments give somewhat of an assistance to the power of the sound and the richness. That is special as well.

“If air floats or water is floating, you hear that in the music as well. Everything is in balance.

“It leads to inspiration,” he said.