(Minghui.org) Today's news from China includes incidents of persecution that took place in 5 cities or counties in 2 provinces, where at least 6 practitioners were recently persecuted for their belief. 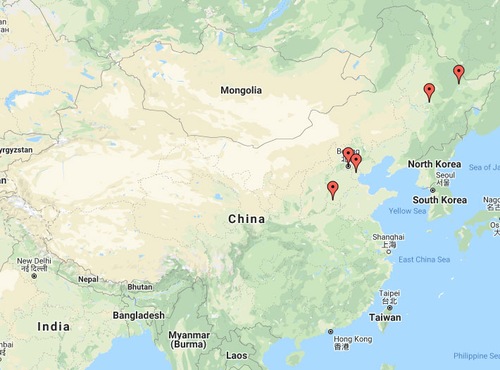 Mr. Sun Zhenhai was arrested and subjected to forced labor several times. He had no choice but to leave home to avoid further persecution. His whereabouts are unknown.

Ms. Liu Maofen was arrested at home on January 13, 2020. She was later released.

Mr. Wang Zhenping was arrested by the traffic police from Handan City on January 16, 2020, for having information about persecution of Falun Gong in his car. He was taken to the Handan Detention Center.

Ms. Xu Zhi, in her 50s, and Ms. Wu Lanrong, 60, were arrested on January 12, 2020, for distributing informational materials about the persecution of Falun Gong. They are being held in the Harbin City Detention Center.