(Minghui.org) New Century Film company actors held a gala in upstate New York on January 18 to celebrate the Chinese New Year. They sent greetings to Master Li Hongzhi, the founder of Falun Dafa. The actors, who are all Falun Dafa practitioners, told their stories of benefiting from this mind and body system of cultivation and shared their dream of spreading the principles of Truthfulness-Compassion-Forbearance through their films. 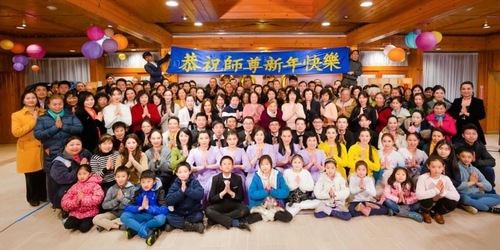 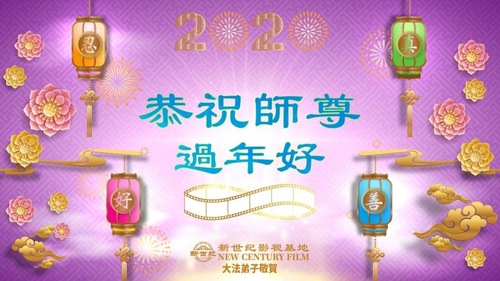 Founded in May 2017, New Century Film is an independent film production company with operations across North America. The mission of the company is to create films based on the core values of “Truthfulness-Compassion-Forbearance” in an effort to lead society on a journey to rediscover ethical behavior and moral standards.

Since its creation, New Century Film has produced 10 movies, some long, some short, and some “micro.” The movie Origin Bound, which runs 80 minutes, has won many international awards, including the Accolade Global Film Competition, the Japanese Top Indie Film 2019, the Wales International Film Festival, and others.

Origin Bound is based on true events. Howard Wang, a megastar movie actor, is famous worldwide when late-stage lymphoma sends him crashing back to reality. Faced with impending death, Howard decides to practice Falun Dafa, which renews his life in just weeks. He gains new perspectives on life and reconciles with people from his past.

At the gala, the Falun Dafa practitioners in the cast of Origin Bound shared their stories of cultivating Truthfulness-Compassion-Forbearance. 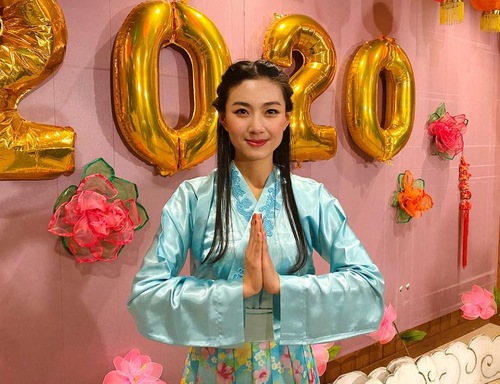 The leading actress in Origin Bound, Zheng Xuefei, was born in Yunnan Province, China. She told the audience that her mother was always sick when she was little.

“She suffered from more than 20 chronic ailments,” Ms. Zheng said. “The pain made her depressed, and she tried to kill herself. In 1998, she started to practice Falun Dafa. Within a short time, she recovered her health, and I was amazed. Although I didn't really cultivate, I witnessed the power of Falun Dafa.

“I started to practice Falun Dafa in 2014 after I graduated from the Shanghai Theater Academy with a major in acting. As an actress, I had to attend a lot of social events, as well as deal with producers, directors, and businessmen. To gain opportunities, I had to learn how to please people, and I did many immoral things. My view of the world changed when I kept being lied to. I realized that this was not my dream, and I lost hope. I didn't know why I worked so hard, and I started to wonder about the purpose of life.

“During that time, I thought of the main book of Falun Dafa, Zhuan Falun. My mother gave me a copy of this book. I read it again and again and felt its power. One day I realized that this book is extremely precious, because it tells me the purpose of life, which is returning to one's true self.

“Many people in China,” she said, “especially young people, are lost in the mire of modern Chinese society, where the moral standards have been declining. People are materialistic and pursue a life filled with entertainment. That leads many of them to feel empty and exhausted.

“After I started to practice Falun Dafa, I no longer pursued those things. I became calm, relaxed, and happy. Dafa has given me the power to change myself and the courage to face difficulties. I try to follow the principles of Truthfulness-Compassion-Forbearance. People around me witnessed how I changed. I've become ethical and compassionate. I learned from Dafa that I need to always consider others first and see a person’s positive side.”

Ms. Zheng said that her dream is to show the world the beauty of Falun Dafa through acting so that more people can benefit from Dafa. She thanked Master Li for the teachings and wished him a Happy New Year. 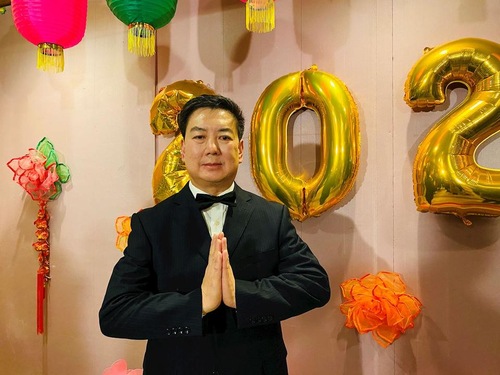 Mr. Liang Shengming, who played a rich businessman in Origin Bound, was born in Shandong Province. He said that he experienced the amazing healing power of Falun Dafa.

“I was diagnosed with kidney cancer in June 2010,” he said. “I had one kidney removed and kidney stones in the other. I had to have chemotherapy. In August, the doctors told me that I’d developed Myasthenia Gravis (a chronic autoimmune neuromuscular disease that causes weakness in the skeletal muscles responsible for breathing and moving). Two weeks later, the symptoms worsened. The doctors had to make a hole in my trachea and put me on a ventilator. I was on the verge of death. Family and friends cried and said their goodbyes to me.

“My wife said that since nothing else could help me, I should practice Falun Dafa. 'Only Master Li can save you,' she said. I started to listen to the recordings of Master's lectures. I listened carefully without any other thoughts cluttering my mind. And I had two dreams.

“In the first dream, I was lying in the air, and rotting, gray stuff dripped out of my feet. In the second one, I was in bed when a giant hand reached into my body and pulled out a hairless animal. Shortly after the second dream, I was able to breathe by myself, eat, and even get out of bed.

“I listened to Master's lectures every day. Two months later, I had recovered and was released from the hospital. The doctors and nurses were amazed.

“At home, I studied Master Li's teachings and did the Falun Dafa exercises every day. Six months later, I threw away all the drugs for my cancer symptoms. Since then, I have not taken any medications, although the doctors told me that I would need them for the rest of my life.

“I know that it is Falun Dafa that gave me back my life. I feel so lucky that I have Master Li, who extended my life, watching over me. Disease attacked me twice after I started cultivating. I could not control my body and could not stand up or move. Each time, I solidly believed that Master Li and Dafa would help me. I continued studying the teachings and doing the exercises. Each time, I recovered within a week.

“The main character in Origin Bound is a successful megastar. He was also near death. Cultivating Falun Dafa saved his life. I’ve watched the movie many times and cried each time. My experience is so similar to this guy. I am so grateful to Master Li.” 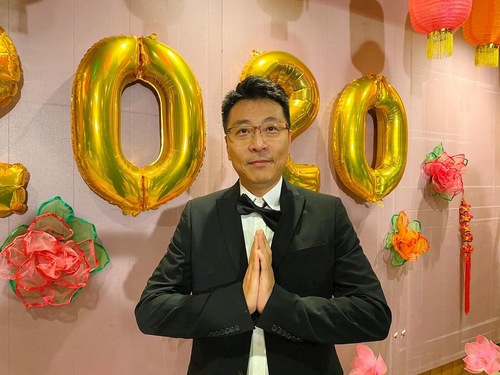 Mr. Li Yan, who played a Chinese government official in the movie, told the audience that after his parents started to cultivate Falun Dafa in 1995, they recovered from their health problems. He was impressed and read the book Zhuan Falun. However, after the persecution of Falun Dafa began in 1999, the Communist Party's lies deceived Li Yan, and he misunderstood Dafa. Even after he came to America, he still refused to learn what Falun Dafa really is.

“Because of the influence of atheism, people pursue money. So did I. On the surface, I was a successful person. But inside, I felt lost and was even in pain emotionally. I’d always wondered about the purpose of life. If I died, did it mean everything was over? On the surface, I appeared to be an extrovert, making jokes all the time. But my heart was filled with sorrow. I was resigned and fearful.

“I was busy fighting for fame and money. But what for? If I had them, so what? I smoked, drank, and thought of suicide.

“In 2005, I had a chance to read Master Li's 2003 lecture given in Canada. For me, that lecture not only exploded the Communist Party's lies, but it also answered many of my questions and I understood what cultivation was. I then read Zhuan Falun. I was powerfully drawn to what it was teaching. It resolved all the confusion in my heart and I felt I'd found the meaning of life.

“One day I suddenly realized that I’d found the Master—the greatest Master in the world. He taught me the truth of the universe and the purpose of life—which is going back to one’s true self. At that moment, I was so happy that I jumped and ran like a kid—until I started to weep. I had been lost for so many years, wandering and suffering. Finally I knew how to return to my true home with Master. Master had given me all kinds of chances to learn what Falun Dafa really was, but I had missed all of them until that day.

“Like me, many people refuse to learn the truth. Our benevolent Master tells us to let the world know the truth about Falun Dafa and spread the beauty of Dafa to the world. Master is benevolent to everyone in the world.

“I do not have the words to express my appreciation for Master. Master, I have quit all my bad habits, and I am cultivating diligently. I will tell people the truth about Falun Dafa and how wonderful it is and will be worthy of your hopes for me.”