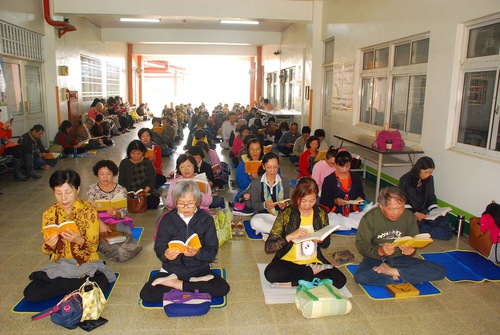 Over the course of the day together, the practitioners expressed their gratitude to Master Li Hongzhi, the founder of Falun Dafa, for his boundless saving grace.

Ms. Ye started practicing Falun Dafa in 2003. One day she went back home to celebrate her mother’s birthday. She saw her family members all reading the book Zhuan Falun though they were normally not interested in reading. She was curious. Her sister told her to buy the book if she wanted to read it, so she bought a copy after she came back home. She didn’t stop reading until 3 a.m. A local practitioner taught her the exercises and also gave her a DVD demonstrating the exercises for her to learn the movements by herself.

Ms. Ye found the practice very good and wanted her fellow villagers to learn it as well. She held a nine-day Falun Dafa introductory seminar from 5 a.m to 7 a.m at the local community center, the first one in Taiwan. She improved a lot mentally and physically after practicing Falun Dafa. Her migraines and constipation disappeared.

“My health and xinxing have improved,” Ms. Ye said. “I have become open and cheerful. I share my experience of practicing Falun Dafa with everyone.”

She later became a coordinator. She and fellow practitioners gave out Dafa fliers to Chinese tourists, put up banners at tourists sites and clarified the truth about the persecution to Chinese officials. There were xinxing tests during the process.

“When I had conflicts with other practitioners, I would stay calm and look within to find my attachments and get rid of them. The conflicts disappeared quickly.”

Ms. Ye's husband passed away five years later. It was a big blow to her yet she stayed calm and bravely faced it because she understood causal relationships after she practiced Falun Dafa. Dafa gave her energy and she passed this test pretty quickly.

She expressed her gratitude to Master and wished him a happy New Year. 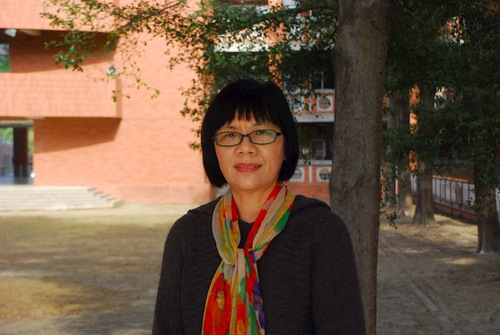 Ms. Ye passed a big test through Fa study and doing the exercises.

Thank You, Master, for Taking Care of Me All the Way Through

Practitioner Huang Fei is from Cambodia. She got married to a Taiwanese 17 years ago and settled down in the island nation. She and her husband work in the fields of Alishan.

Huang Fei has practiced Falun Dafa for 14 years. She recovered from serious sinusitis after practicing for 18 months and she says Falun Dafa is amazing.

“My moral character improved after I practiced Falun Dafa,” Huang Fei said. “I live happily. I am very thankful that I have come across Falun Dafa in this lifetime and can practice Dafa with Taiwanese practitioners.”

Because she is not a local, Huang Fei has been bullied, looked down upon and abused. The crops she and her husband grow are often damaged. She has to work hard and behaves according to the Fa principles.

“We may earn little as peasants, but we live cleanly. I am not bothered by personal interests. With the Fa in my heart, I live happily.”

Her husband and other practitioners encourage her when she is not diligent in cultivation. She also realized that she should cherish Falun Dafa. She is very thankful to Master for taking care of her. 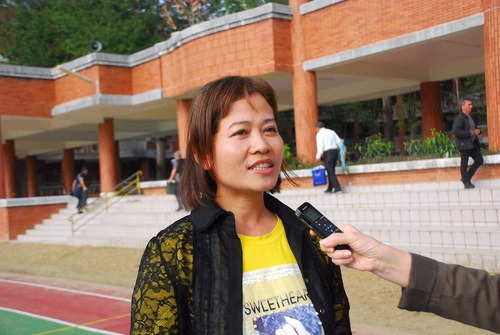 Practitioner Huang Fei thanks Master Li for looking after her.

Memorizing the Fa Is Also a Process of Cultivation

Mr. Huang is a team leader at Xingang Elementary School and has practiced Falun Dafa for 15 years. His life would have been very different if he hadn't obtained the Fa. He found answers to the questions he had about life after learning Falun Dafa, and now lives a relaxed life and takes everything lightly.

“If I lose something or don’t gain something, [I know that] there is a causal relationship behind it. I will not fight for it. I gain more if I take it lightly. I will not lose what is mine and will not gain what is not mine. I will accumulate karma if I fight for something.”

Mr. Huang has a better temper since taking up the practice. Normally, teachers will get angry if their students don’t behave. Many teachers don’t want to teach older students because they are difficult to deal with, but he’s not afraid of teaching them.

“I teach students with compassion. It is much easier that way. The students behave as well,” he said.

Mr. Huang started to memorize the Fa soon after he started practicing Falun Dafa. He realized that memorizing the Fa was also a process of cultivating himself. He understands that he has to let go of his lack of confidence, and strongly believe in Master and the Fa.

He believes in gaining without pursuit. He recovered from his stomach problem miraculously after he started practicing Falun Dafa and has experienced other changes during the process of memorizing the Fa.

“The Fa principles tell us that we cultivate without pursuit. If you think too much, it becomes an attachment. If I don’t have any pursuit, I will gain more and improve more quickly.”

Successfully talking to people about the practice during the pandemic relates to how well one’s cultivation is going; he believes that having a sense of calm and lightheartedness can also help others. He also tells people to read The Epoch Times and watch NTD Television. 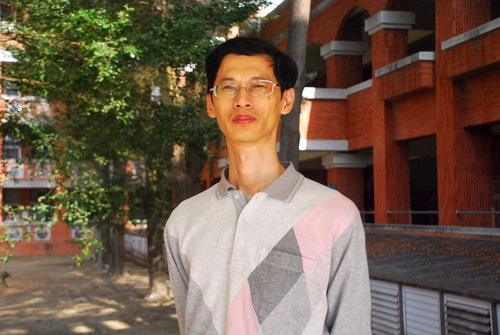 Mr. Huang said that memorizing the Fa is a cultivation process.

His whole family practices Falun Dafa and has changed a lot. His two children practice the exercises for half an hour after they get up in the morning. They stay at home studying the Fa and practicing the exercises during their holidays.