Australian Residents: It’s Time to Join Together and Oppose the CCP’s Brutality

(Minghui.org) As the coronavirus continues to damage many countries around the world, Western Australia has downgraded its restrictions allowing for outdoor activities due to low numbers of new cases. At Murray Street Mall, one of the two open-air malls in the capital city of Perth, people are happy to enjoy a normal life and Falun Gong practitioners also come here every other week on Saturdays to raise awareness of the persecution in China.

In addition to demonstrating the exercises and displaying banners, practitioners also distribute materials and talk with passersby as to what is going on in China. Many pedestrians stopped to sign petitions that call for an end to the suppression. 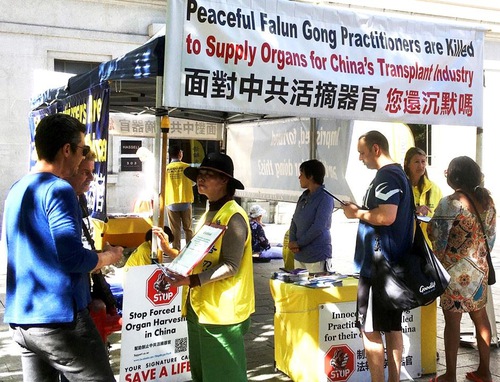 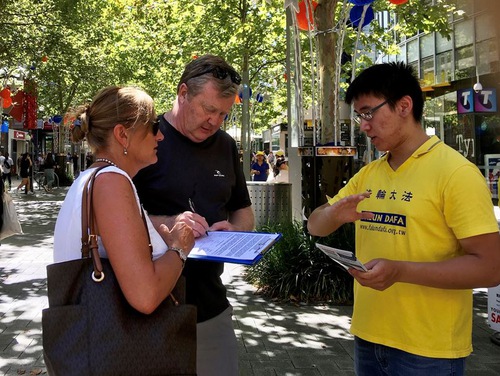 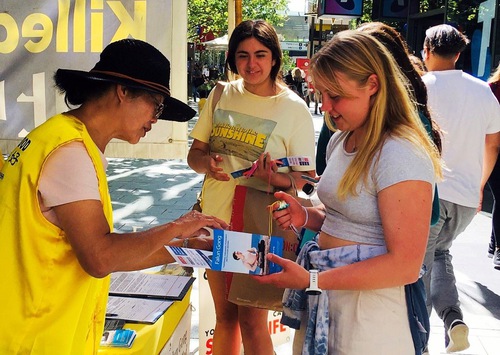 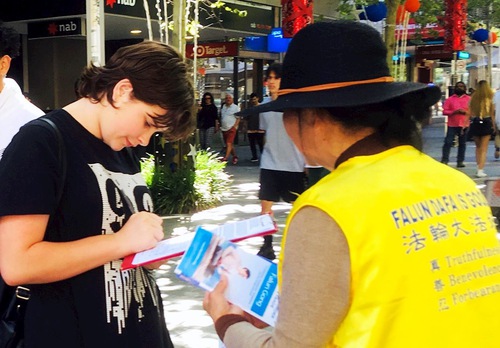 Everyone Should Come Forward and Stop the Brutality

Nathan works for a mining company and he has read the book How the Specter of Communism Is Ruling Our World. As a result, he is aware of the mistreatment practitioners have suffered in China for their belief, including organ harvesting. He also thanked practitioners for their efforts of exposing the brutality through launching news media.

Being a Christian himself, Nathan said he knew the religious persecution in China involves not only Falun Gong, but also Christians and other belief systems. He supports Falun Gong practitioners and hopes that more Christians would be clear on the bad deeds committed by the Chinese Communist Party (CCP). 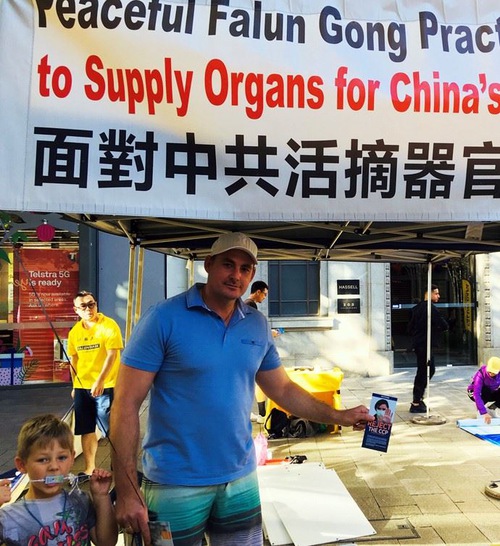 Nathan and his son said the religious persecution in China should stop.

He said that some politicians have benefited from the CCP either directly or indirectly, making them speak on behalf of the regime. In turn the Chinese retaliated, including using export restrictions. Nonetheless, “we cannot tolerate what the CCP has done,” he explained, “I have seen pictures of Falun Gong practitioners being tortured and the tragedy still continues – everyone who knows about this should come forward and stop the brutality.”

The CCP Has Harmed the Entire World

Michael works in a restaurant and he has conducted research on infiltration by the CCP in the education system and political circles,” he said. As a result, not only Chinese, but people from all around the world have become victims. This is similar to the Nazis several decades ago – persecuting Jews domestically and attacking Poland and other nations overseas.

Michael understands that major injustices are still being perpetrated over there. Keen on the Chinese culture and history, he nonetheless knows the danger of the CCP and dared not to travel – worrying about his safety.

“Truthfulness-Compassion-Forbearance is the essence of traditional Chinese culture and any nation who embraces it will be blessed.” He hopes democracy can also come to China so that people can enjoy freedom.

Electrical engineer Keanu said he had heard about the persecution from an event at Fremantle about three years ago. “Someone told me that Falun Gong was suppressed because the number of practitioners had exceeded the number of the CCP numbers. Also officials killed practitioners in prison and sold their organs for economic profit,” he said, “This is crazy and it is almost like a horror movie happening in real life!” 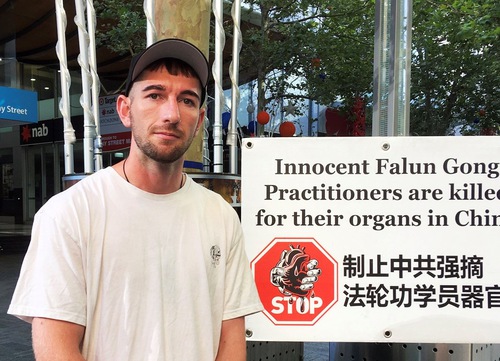 Because of economic reasons, many countries kept quiet in the past over the human rights abuses in China. “I think right now all nations should join together to counter the CCP’s malicious activities. Only then can we see a change,” he continued. 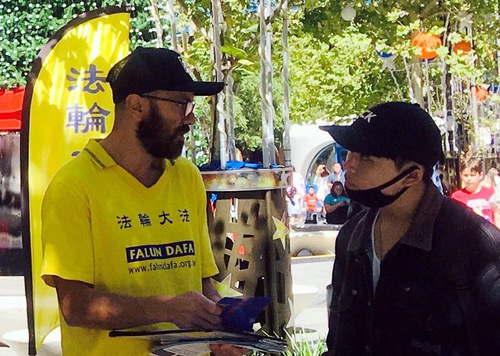 Deguzman said freedom of belief should be respected.

Deguzman studies in a Christian school and he had also learned about the forced organ harvesting from the internet. “Obviously what the CCP did is a crime and such a regime should not exist,” he remarked, “Everyone should be able to choose his or her belief.” He expected Australia would become less dependent on Chinese businesses to curb bullying from the regime.

Tracy works in retail and she agrees organ harvesting is terrible. “We cannot let this happen, and it is not something that should be allowed in international society,” she explained, “The more the CCP wants to cover it up the more we should inform people about it since all who know what’s going on will stand against it.”