Perth, Australia: Falun Gong Activities Will Have a Big Impact

(Minghui.org) Falun Gong practitioners have held activities in Perth's Chinatown on William Street every weekend since November this year. They introduce Falun Gong and raise awareness of the Chinese Communist Party’s (CCP) persecution. They also advise Chinese people to renounce their memberships in the CCP and its affiliated youth organizations.

Many people pause to read the banners and posters to learn more about Falun Gong and the persecution in China. A number of Chinese have quit the CCP organizations and some have told practitioners that many people in China dislike the Party. 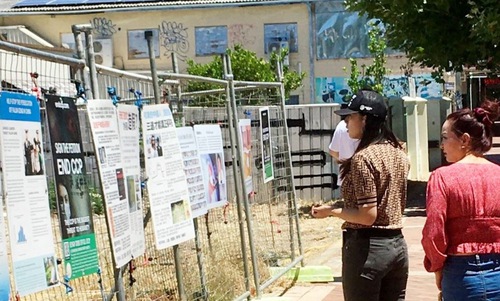 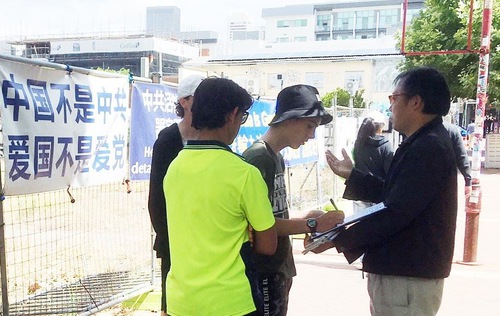 People pause and look at the banners and posters on William Street. 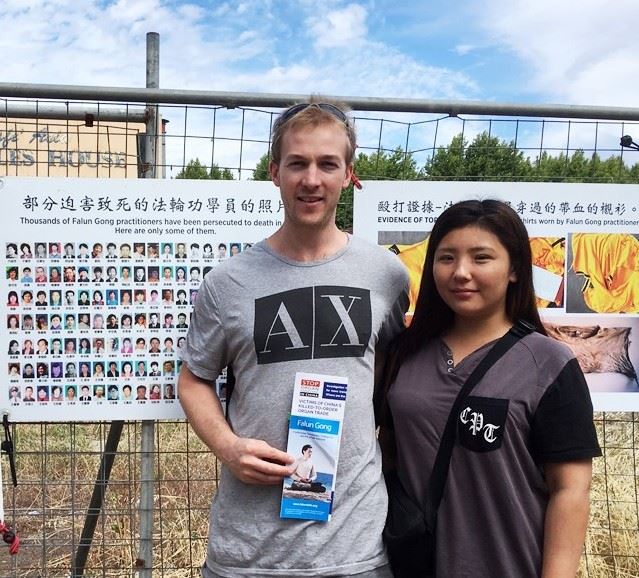 Harry Dore, an electrical engineer, said, “I have heard of Falun Gong. A Falun Gong practitioner gave me a lotus flower last time. I did research on the tragic things that have happened. When I searched on the Internet, the bad things the Chinese government has done appeared in search results again and again, including the CCP’s live organ harvesting from Falun Gong practitioners.”

He said he learned that some countries enact laws to ban illegal organ transplants and he wished the Australian government would do that. He said he did not agree with the World Health Organization's (WHO) response to the coronavirus, because WHO has a pro-China bias and was complicit in the CCP’s initial cover-up and disinformation. He said the CCP influences other countries with money. He appreciated Falun Gong practitioners' efforts to raise awareness. He mentioned that collecting signatures might seem to be insignificant, but that it will have a big impact in the long term.

K. Yang from China renounced the CCP at the site in Chinatown after learning that 360 million Chinese have already withdrawn from the CCP and its affiliated organizations. He said, “I know about withdrawing from the CCP and its Youth Leagues and Young Pioneers. I have a classmate in China who was a CCP member. He quit the Party because freedom is a universal value.” He said many people in China hate the Party and work to expose its corruption. 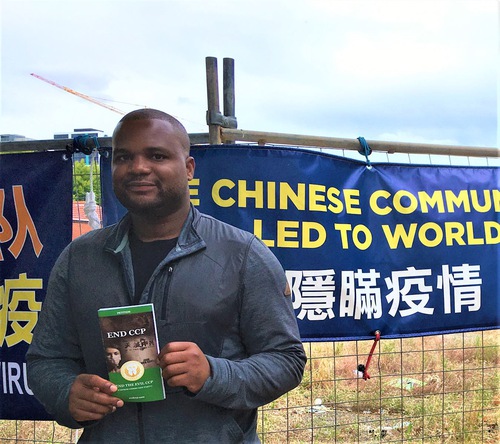 Edd Ngadze signed the petition calling for an end to the CCP. He said he knew about the CCP’s state-sanctioned live organ harvesting. “I don’t like a dictatorship without freedom of speech. I like Australia’s democracy and freedom,” he said.

He said the Chinese regime must be held responsible for the cover-up and spread of the coronavirus. 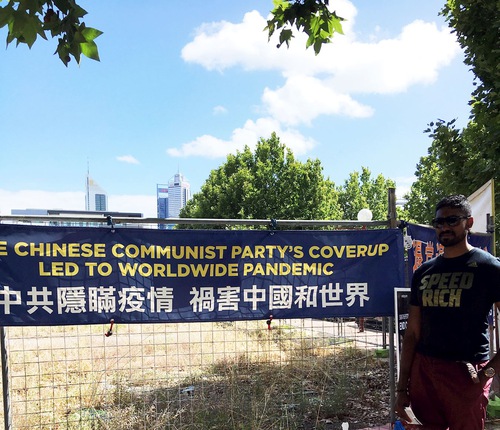 Harish Shivashanker, an engineer from Singapore, signed the petition and learned about the CCP’s live organ harvesting. He shook his head and said, “People in communist countries do not have freedom of speech. Facebook is banned. People living in Australia are happy.” He said he would read the flier carefully. 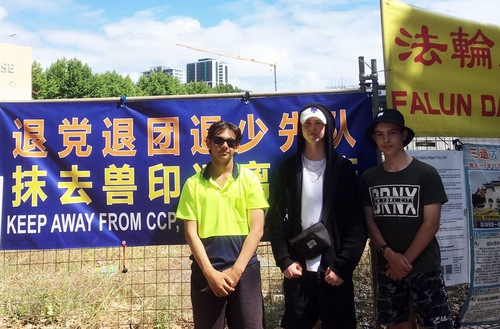 Pete Clancey and two friends signed the petition. Peter said the coronavirus would not have spread all over the world if the CCP had released information about the outbreak earlier. He noted that China is controlled by a one-party dictatorship and that the people there have no freedom of speech. Peter and his friends had thought they might travel to China, but since the National Security Law in Hong Kong was implemented, many people have been scared away from visiting China.