U.S. Sanctions 17 Foreign Officials for Human Rights Violations, Including a Chinese Police Chief in Charge of Persecution of Falun Gong

“Promoting and advancing respect for human rights and fundamental freedoms continues to be a top priority for the United States,” stated Secretary of State Mike Pompeo in the announcement, “On this Human Rights Day, the United States proudly reaffirms its commitment to using every appropriate tool and authority available to draw attention to violations and abuses of human rights no matter where or when they occur, and to promote accountability for those responsible for those violations and abuses.” 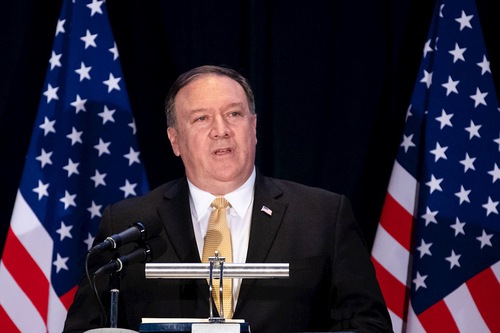 “Today, the Department is announcing the public designation of 17 officials of foreign governments and their immediate family members under Section 7031(c) of the Department of State, Foreign Operations, and Related Programs Appropriations Act 2020, as carried forward by the Continuing Appropriations Act 2021, due to the officials’ involvement in gross violations of human rights,” wrote the statement.

“Section 7031(c) provides that in cases where the Secretary of State has credible information that officials of foreign governments have been involved in a gross violation of human rights or significant corruption, those individuals and their immediate family members are to be designated publicly or privately and are ineligible for entry into the United States,” explained the statement.

In the past several years, the U.S. government has intensified efforts to enforce religious freedom, both domestically and around the world. “The State Department is designating Chief Huang Yuanxiong of the Xiamen Public Security Bureau Wucun Police Station for his involvement in gross violations of human rights in Xiamen, China,” wrote the statement, “Huang is associated with particularly severe violations of religious freedom of Falun Gong practitioners, namely his involvement in the detention and interrogation of Falun Gong practitioners for practicing their beliefs. Today’s action also applies to Mr. Huang’s spouse.”

According to information from Minghui.org, Wucun Police Station has participated in many arrests of Falun Gong practitioners since 2004. On September 27, 2020, police officers arrested Ms. Yang Aiqing and threatened her child, who was only a few years old.

Released after 37 days of detention, Ms. Yang was forced to report to the police station every day. Her sister, Ms. Yang Guimei, has been detained since then.“The world cannot stand idly by as the PRC government perpetrates horrific and systematic abuses against people in China, including violating the internationally recognized right to freedom of thought, conscience, and religion or belief,” wrote the statement from the U.S. Department of State.

“These designations underscore our support for human rights and the promotion of accountability for gross violators of human rights,” the statement concluded, “We are proud to be a leader in championing human rights across the globe, thereby honoring the vision of our founders and expressing the time-honored American aspiration for all people to be free.”