Sydney, Australia: “The World Should End the Chinese Communist Party”

(Minghui.org) As pandemic restrictions have lifted, Australian Falun Gong practitioners have held activities in the past two months in Sydney to introduce this traditional mind-body cultivation practice and raise awareness of the persecution of Falun Gong in China. The practitioners’ activities have drawn the attention of many people. 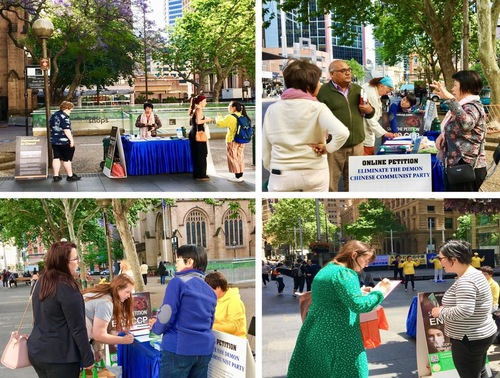 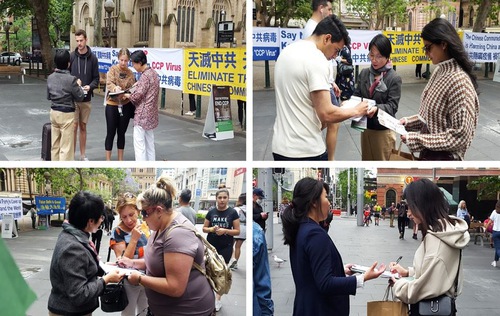 People sign the petition calling for an end to the Chinese Communist Party (CCP).

The practitioners held banners with the words “Falun Dafa is great,” “Heaven disintegrates the CCP,” “Quit the CCP organizations – to stay away from the CCP virus,” and, “The CCP initially covered up the coronavirus outbreak, leading to disaster to the world.” Many people signed the petition calling for an end to the Party. 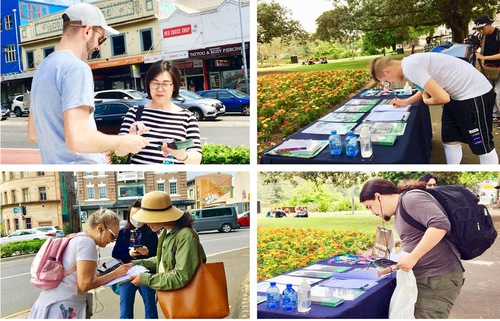 People talk with Falun Gong practitioners and sign the petition. 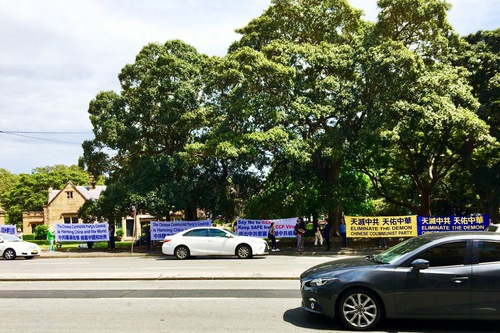 An Undergraduate Student: End the CCP

Nikita Hussein, a student at the University of Sydney, signed the petition calling for an end to the the CCP. She said she knew that the coronavirus pandemic was due to the CCP’s initial cover-up of the outbreak. She thought the whole world should unite and end the Party.

Nikita said such activities were good to let more people learn about the CCP and to stay away from it. She said, “I've read information about the CCP’s crimes. I also know of the CCP’s state-sanctioned live organ harvesting, which is definitely wrong. You are doing great today.” 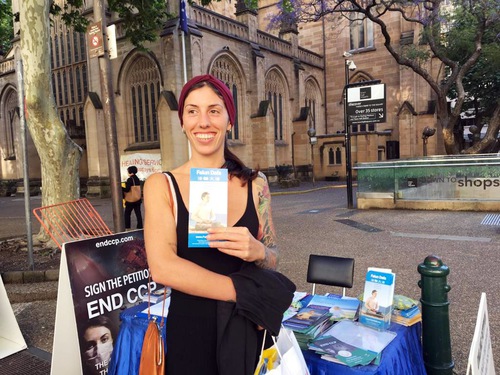 Martina heard about Falun Gong outside the Town Hall on October 29 for the first time. She thought Falun Gong was a great meditation practice that was also beneficial for health. She learned that many people practiced Falun Gong, leading to the paranoia of the CCP regime as it worried about its dictatorship. So it started the persecution of practitioners who live according to the principles of Truthfulness-Compassion-Forbearance.

A Teacher: The Sooner to Stop the CCP’s Persecution, the Better 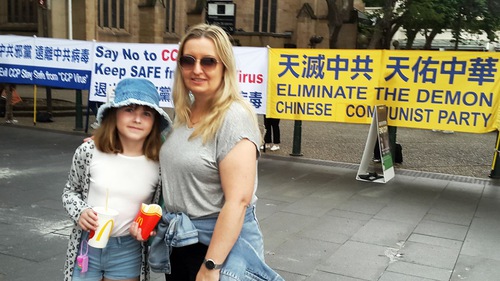 Julie Georgopoulos and her daughter

Julie Georgopoulos and her daughter signed the petition calling for an end to the CCP on October 31. Julie said that she had heard about the CCP’s live organ harvesting. She said the coronavirus pandemic across the world let her know of the CCP’s nature. She agrees with Falun Gong’s principles of Truthfulness-Compassion-Forbearance, but not the CCP’s lies and violence.

Julie pointed out that the CCP has brainwashed Chinese people. Many countries keep silent about China’s poor human rights record in order to protect their economic interests. Thus, the CCP is bullying the whole world.

She appreciated the practitioners for helping people learn about the CCP’s nature and remarked that the sooner the CCP is ended, the better. 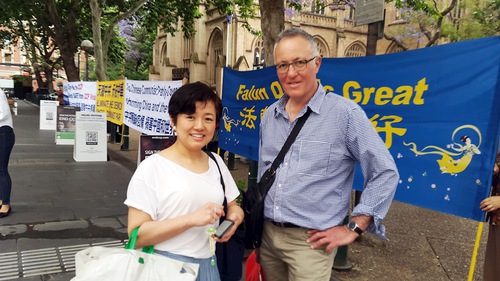 Yoko and Simon Paige drove three hours from Bathurst to Sydney. As they passed the Falun Gong booth, they paused to learn and sign the petition.

Yoko said that the CCP mistreats the Chinese people and commits wrong deeds. She dislikes the Party, yet believes that justice will prevail.

Simon said the CCP has infiltrated Australia and the world. Both agreed that the whole world should stop the CCP’s live organ harvesting. Otherwise, the CCP would spread its evilness across the world. 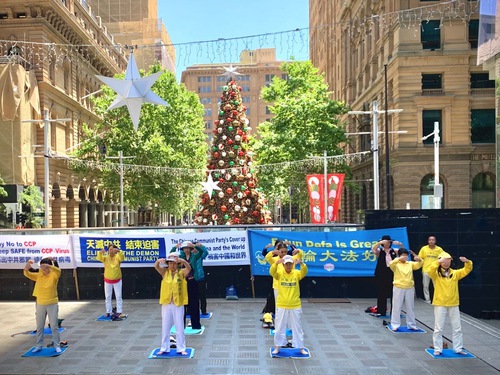 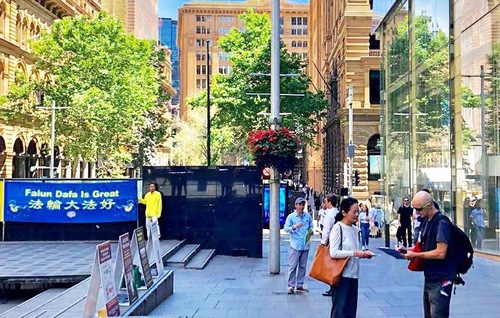 Communism Is Absolutely a Disaster for Humankind 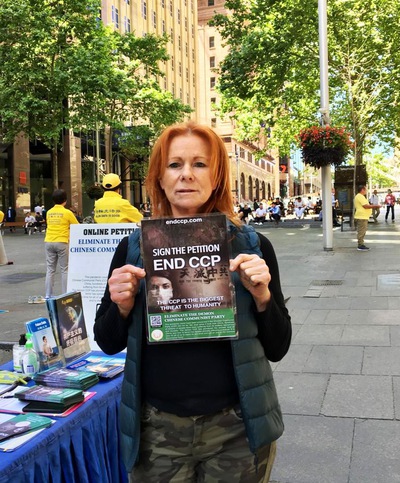 Rosslyn Alexander wishes to distribute the Falun Gong flier in her church. 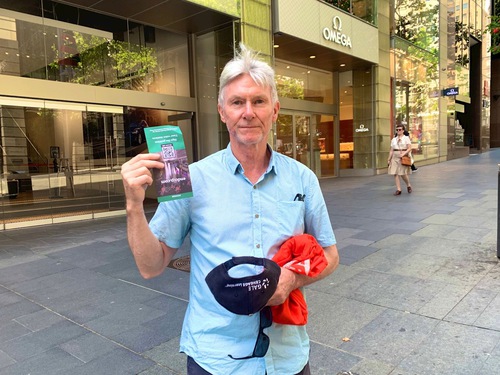 Greg signed the petition on November 27. He explained why communism cannot be allowed, “Because communism is against humanity. People across the world should help eliminate communism. There is no perfect social system, but communism is absolutely a disaster.”

He thought Falun Dafa is a great practice as it teaches people to be good. He said that the CCP’s brutal persecution of so many years must be from the order of the former head of the CCP. Greg believes that the dictator must be tried by an international tribunal.

“Stand Up! We Can't Afford to Lose to Communism Again”

“Director of National Intelligence: Communist China Is No. 1 Security Threat”