Germany: Locals Condemn the Persecution and Sign Petitions to Eliminate the CCP 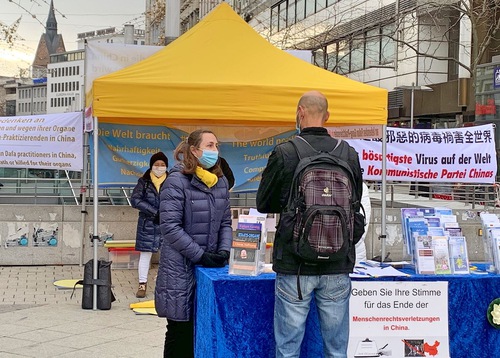 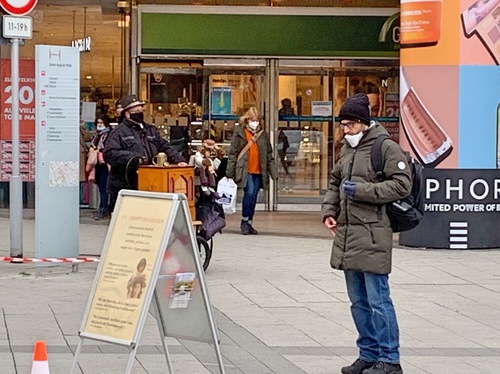 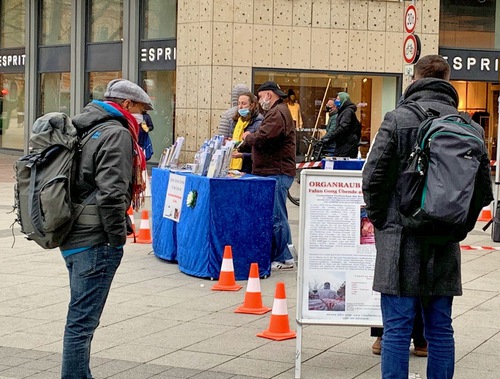 People learn about the ongoing persecution of Falun Dafa practitioners in China. 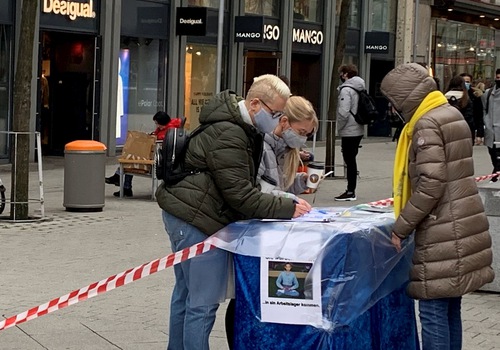 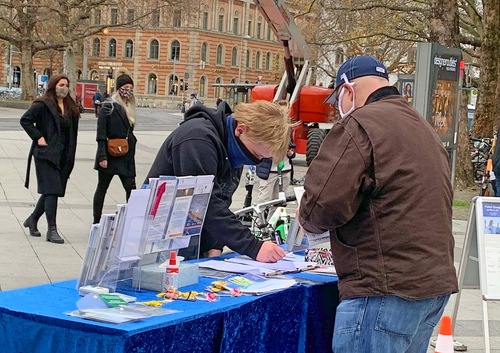 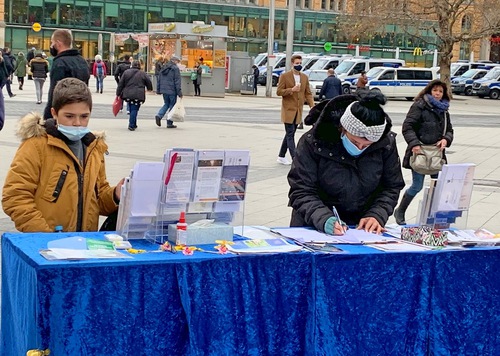 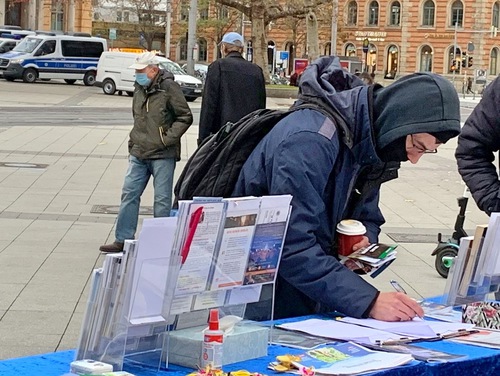 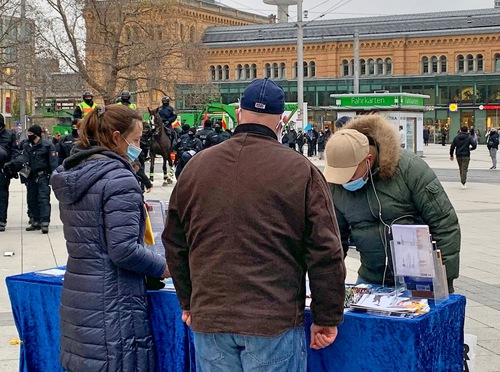 People sign the petition to end the CCP after learning about the persecution and forced live organ harvesting from practitioners.

Despite the autumn chill several people stopped by the practitioners' information booth. When two Chinese people read the banner that read, “The CCP is the Most Dangerous Virus Ravaging Our World,” they were upset. A practitioner explained that China is not the Chinese Communist Party. He pointed out that Chinese people have been brainwashed and subconsciously controlled by CCP ideology. One Chinese lady agreed, but asked about an alleged practitioner self-immolation incident. The practitioner explained that the CCP launched a nationwide propaganda campaign against Falun Dafa, and the “Tiananmen self-immolation” incident was staged to incite hatred for practitioners.

He explained that international organizations analyzed the video footage broadcast by CCTV (the CCP state-run television media), and found several anomalies. After listening to his explanation, the two Chinese calmed down. Before they left they quit the CCP.

As soon as Gabriel, a researcher from France, saw the information booth, he came and talked with a practitioner. After he signed he said that petitions are very important. He feels that gods are protecting people and watching over them.

Reporter Gustavo Moreno Morales, who lives in Göttingen, was attracted to the melodious Falun Dafa exercise music. He said he believes that meditation increases one’s energy field. He signed the petition when he learned that practitioners were being persecuted in China and that their organs are harvested while they are still alive. He said that the forced organ harvesting should end as soon as possible.

“Wake Up at This Critical Juncture”