The Consequences of Harming Innocent People

The storms caused significant damage to crops, vegetables, and fruit. Ripe grapes were damaged and hardly anything could be recovered. 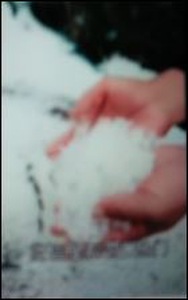 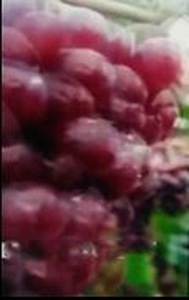 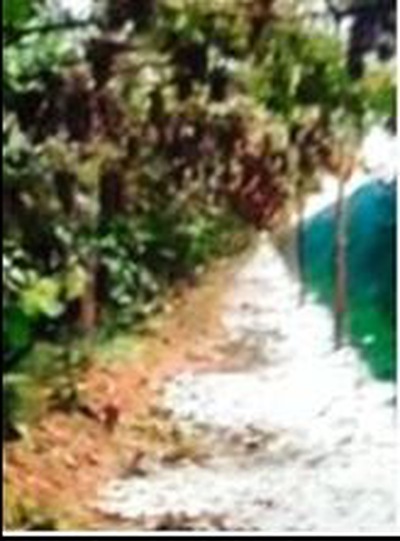 A layer of ice on the ground after the hail

The financial losses were huge. After months of hard work, farmers had counted on selling their grapes to recoup the cost of fertilizers and maintenance and possibly make a profit. But their efforts had been wasted and there is no government assistance.

While many wondered why Yingkou was hit so hard, ancient wisdom may offer a clue. People in ancient China believed that disasters that befall the human world are brought about by the divine and are related to the interactions between heaven and mankind.

The concept is well-documented in a number of Chinese classics. That is, going against the way of heaven in the human world precipitates disasters. If emperors and officials deviated from the law of heaven in their governance, the divine would visit disasters upon the human world, and if they failed to repent and mend their ways, the divine would bring about even greater disasters. Consequently, officials in ancient times always put morality as the top priority in their governance, especially when disasters struck.

Chinese Communist Party (CCP) officials in modern China, however, are often known to ignore morality and put themselves before the people they're supposed to serve. One such example is their involvement in the persecution of Falun Gong, also known as Falun Dafa, a meditation system based on the principles of Truthfulness, Compassion, and Forbearance.

Ever since the CCP started the persecution of Falun Gong in July 1999, many CCP officials, including those in Yingkou City, have been actively targeting law-abiding Falun Gong practitioners to gain political capital and advance their own careers. As a result, several practitioners in Yingkou have lost their lives.

Relentless Persecution and Deaths in Yingkou

Mr. Wang Baojin was arrested in 2002 and taken to Yingkou First Detention Center for refusing to give up his faith in Falun Gong. He was severely beaten and in a life-threatening condition. Nonetheless, the local court sentenced him to 10 years and he served time at three different facilities—Wafangdian Prison, Huazi Prison, and Nanguanling Prison.

In addition to force-feeding him saline, the guards made Mr. Wang do hard labor despite his poor health. He passed away in December 2009 at the age of 45. The prison authorities ordered he be cremated immediately, without letting his family inspect his body. They also threatened his family not to tell anyone about it.

Mr. Ma Tianyong, former Discipline Inspection Secretary of Yingkou State Security Bureau, was removed from his post due to his faith in Falun Gong. He was later given three years of forced labor. His wife was given two years and their son one year, also for practicing Falun Gong. Mr. Ma died in March 2007.

There were many such examples in Yingkou City and the surrounding regions under its administration:

Ms. Li Yanhua was beaten to death by police just hours after her arrest on February 19, 2001, for telling passersby about Falun Gong. The police called her husband and forced him to declare that Ms. Li died of diabetes.

Ms. Su Jingyan, 38, had her own business as a tailor. When she and two other practitioners distributed Falun Gong material in August 2001, they were arrested. The police beat her to death and dumped her body in a pond to make it look like she had drowned by accident.

Ms. Lu Guifang, chief accountant at the Yingkou Tobacco Factory and wife of Mr. Ma, died in November 2002 at the age of 50.

Ms. Tong Shuping and her three daughters were all severely persecuted for their faith in Falun Gong. While one of her daughters, Fu Yan, was imprisoned, Ms. Tong worked tirelessly to seek her release. But the local appeals court upheld Ms. Fu's prison term. Ms. Tong died one week later, on March 5, 2011.

Ms. Wang Huimin was sentenced to six years in Liaoning Women’s Prison and died in July 2014. She was 69.

Perpetrators and Their Fate

Quite a few of those involved in the persecution of Falun Gong in Yingkou City have encountered adversities in their careers and lives in recent years. Local practitioners believe that these officials' misfortunes are a result of their persecuting law-abiding practitioners.

Li Wenke served as deputy mayor and then mayor of Yingkou between January 2000 and March 2004. During that time, over 10 practitioners died as a result of the persecution under his directive. In September 2018, Li was sentenced to 16 years in prison for bribery and fined three million yuan.

Li Depeng, former Yingkou City deputy mayor and Yingkou Police Department director, was closely involved in the persecution of Falun Gong practitioners. On June 28, 2016, alone, over 20 practitioners were arrested for their belief. Two months later, Li was removed from his post as deputy mayor and later from his post as police department director.

Cao Aihua, former deputy mayor of Dalian City and later director of Yingkou Propaganda Department, was sentenced to 8.5 years in 2018 for bribery. Cai used to force students and teachers to watch videos that defamed Falun Gong and even required college students and instructors to renounce Falun Gong.

Listen to Your Conscience

Falun Gong practitioners live by the principles of Truthfulness, Compassion, and Forbearance. Even facing harsh persecution, they have remained peaceful and repeatedly urged the CCP officials to stop harming innocent practitioners during the past 21 years.

But some officials refused to listen. Citing orders from the top, they continued to follow the persecution policy, just like the Yingkou officials mentioned above. They, too, have faced consequences.

Pan Shi, Liucheng Police Station director in Chaoyang County, Liaoning Province, persecuted practitioners for many years. As a result, he was rewarded by the Chaoyang City 610 Office. Ignoring advice from practitioners, he called out, “I am not afraid of retribution! I will arrest and beat them [practitioners], and follow the Party to the end!” Two months later, in November 2010, he suddenly died on his 41st birthday.

Jiang Ping, a police officer from Bazhong City, Sichuan Province, dismissed what practitioners told him. “I have arrested so many practitioners and I still have a better life than you,” he claimed. “Who said ‘good is rewarded with good’ and ‘evil meets evil’? Show me!” He died for no apparent reason right before the 2019 Chinese New Year.

Jiang Renwu, director of Junshan Domestic Security Bureau in Yueyang City, Hunan Province, said to practitioners, “You guys often told me not to do bad deeds. I am not afraid of retribution. That’s nonsense!” He died of cancer in October 2019.

Yuan Guofeng, a security manager in Foshan City, Guangdong Province, followed, monitored, and arrested practitioners for over 10 years. He refused to listen to practitioners and declared, “I have been involved in the persecution for over 10 years and I am even healthier than before. I am not afraid of cause and effect and do not believe in it, either.” In 2018, he again ignored practitioners’ advice. Later that same day, he died at 42 for no apparent reason.

Fortunately, some officials have heeded practitioners' advice and stopped participating in the persecution. There was a domestic security office head in Butuo County, Sichuan Province, who once had a car accident shortly after he fined a local practitioner. Another practitioner urged him to stop persecuting practitioners, reminding him that the amount he spent repairing his car was about the same as the fine he levied. He immediately understood and decided to retire early to avoid getting involved in the persecution.

It is our hope that more perpetrators will follow their conscience and stop persecuting Falun Gong practitioners. That way they can avoid being held responsible when the time comes for the CCP to be brought to justice for its crimes against innocent people.

Former Government Official Mr. Ma Tianyong, from the National Security Bureau in Yingkou City, Dies as a Result of Persecution

Tortured to Death by Police and then Thrown into a Pond to Make it Look Like a Drowning - the Awful Truth of the Death of Practitioner Ms. Su Jingyan

Elderly Woman Beaten to Death By Police in Liaoning Province