(Minghui.org) The Art of Zhen Shan Ren (Truthfulness, Compassion, Forbearance) Exhibition was held in Odessa from October 26 - November 9, 2020. Local residents learned about Falun Dafa and the Chinese Communist Party's (CCP) persecution of the practice while enjoying the artwork over the 15 days of the exhibition.

Local media outlets KRUG TV and Channel 7 both reported on the event. KRUG introduced Falun Dafa to its viewing audience as “a cultivation practice of both mind and body that originated in China and has practitioners all over the world.”

Channel 7 invited the organizers of the exhibition, Alexandra and Sweta, to the television station for a live segment introducing the exhibition. 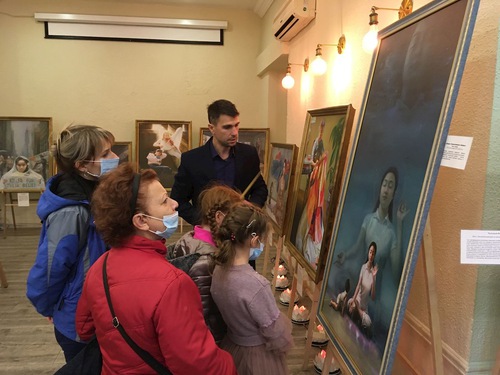 A Falun Gong practitioner guides visitors and introduces the meaning of each artwork. 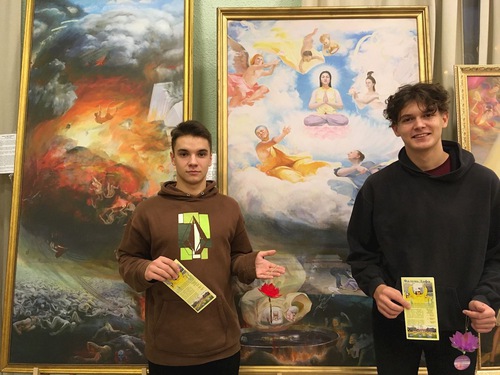 Two visitors at the exhibition

A lot of visitors left comments in the guestbook. A bassoonist named Taras who performs with the Odessa National Theater said that the paintings were very impactful and interesting. “They not only depict reality, but also contain spiritual power. Humankind's internal world has connections to the power of high and higher planes,” he said.

Lyudmila said she liked all of the paintings in the exhibition because they depicted the kindness of Falun Dafa practitioners, exposed the torture that these kind people are subjected to, and explained cultivation practice. “The exhibition teaches us to be tolerant, compassionate, and is about self-improvement,” she said. “These beautiful paintings are for us to cultivate and to be saved.” 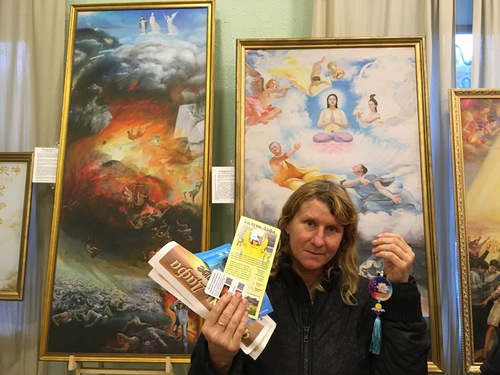 Another visitor named Natalia who lives in Odessa said it was important to know that Chinese people are tortured because of their belief in Truthfulness-Compassion-Forbearance. “I am fortunate that I learned this at the exhibition,” she said. 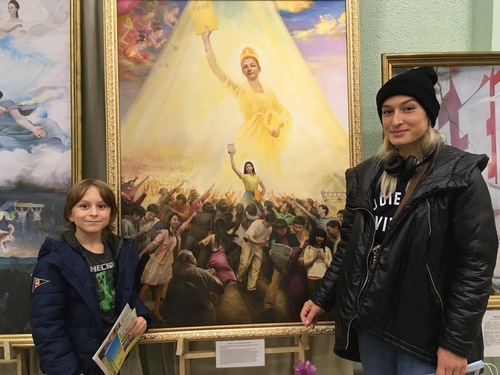 Alexandra and her son

Alexandra commented that the artworks carried a message of the origin of human beings on earth. “The paintings explained our origin and why we are here. I appreciate you for letting me know the message and organizing this exhibition.” 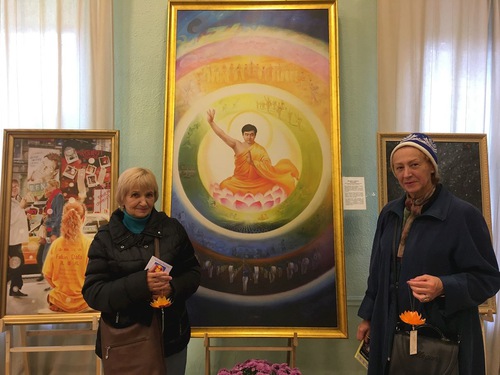 Valentina felt very sorry for Falun Gong practitioners who are being persecuted in China and said the CCP's persecution reminded her of the time when Ukraine was also ruled by communism. Her friend, Galina, said the torture was scary but practitioners' perseverance was more encouraging. 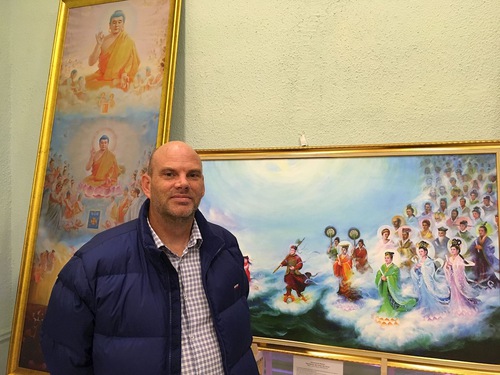 Canadian tourist Shawn commented that the paintings opened people's eyes to see a different culture and a different part of the world. The paintings showed the light of faith and they moved many hearts. 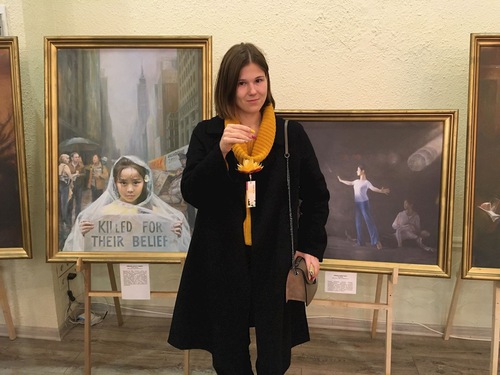 Alexandra said the painting “In the Rain” touched her heart. 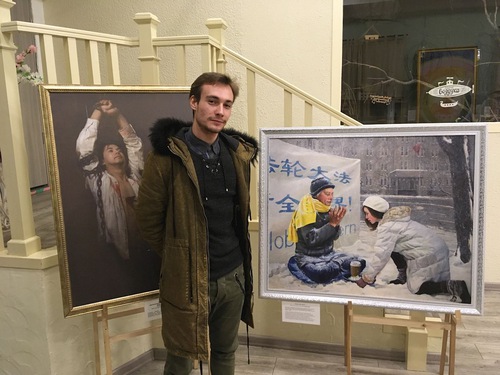 Nicholas said, “Even though it is a terrible thing that the persecution happened and is ongoing, I believe Falun Gong practitioners will persist and their faith will bear fruit in the end.”