A Chinese student told a practitioner that he had been deceived by the CCP’s brainwashing propaganda, but learned the truth after he left China. He decided to quit the Communist Youth League, hugged the practitioner, and expressed his gratitude and good wishes. 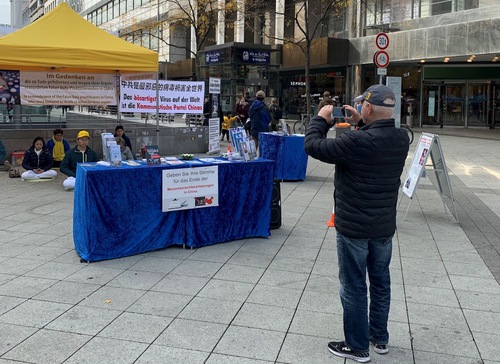 A man takes a photo of practitioners' meditation and banners. 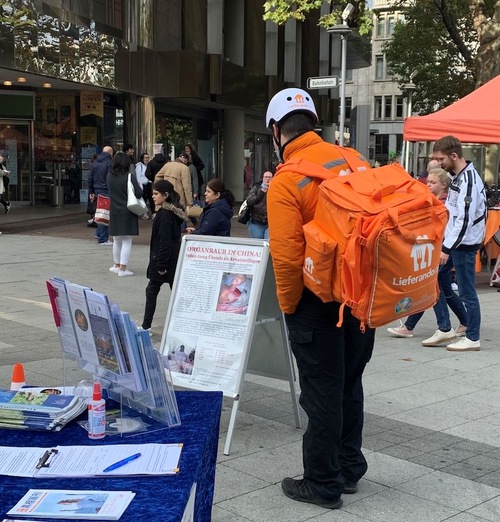 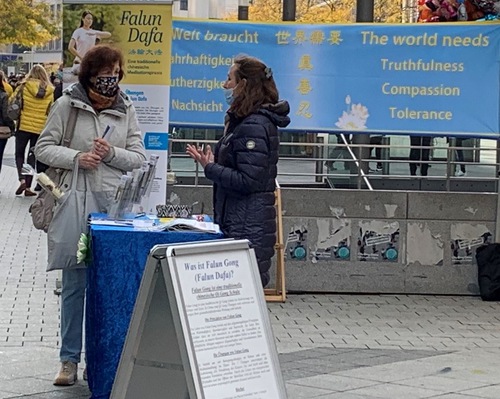 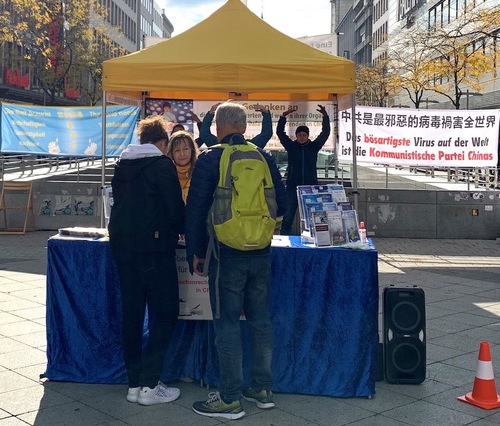 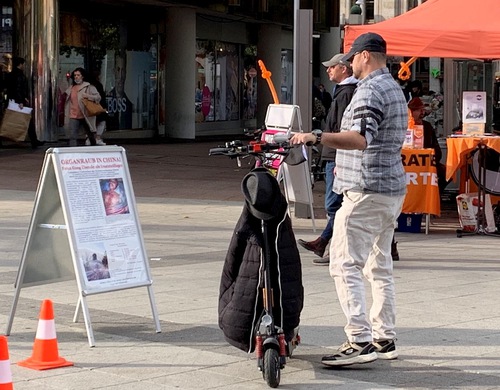 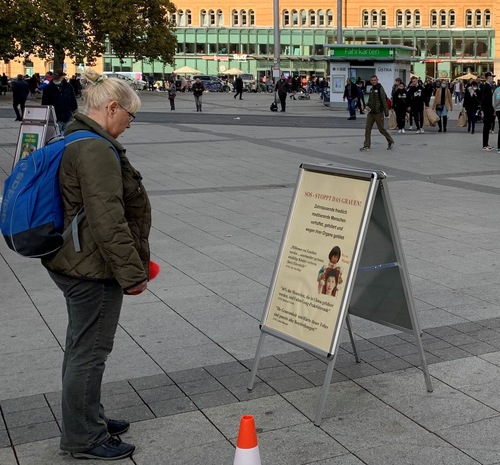 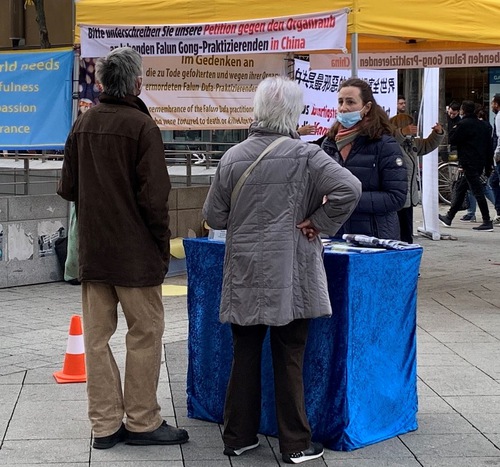 Shaker, a college student from Iraq, said that collecting signatures was a great thing. He signed to contribute to the good cause. He said he thought that China had great wisdom, a great civilization, and great culture and hoped that the Chinese would soon have freedom. “I hope the CCP collapses and people’s freedom are restored.” 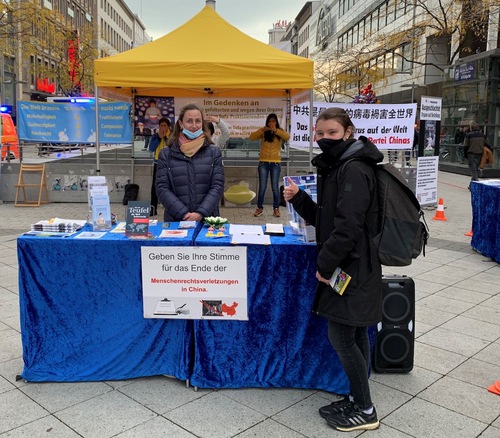 Thilo, a journalist, asked practitioners what other governments could do to help stop the organ harvesting. He said that this topic should be repeatedly brought up with China and that the Chinese should spread the news about human rights violations on the Internet.

After learning about the forced organ harvesting, a Vietnamese woman was brought to tears. She was angered by the CCP’s brutalities and said the regime had to collapse—that was the only way for Chinese to have a good future.