“Falun Dafa Brings Hope and Is the Pride of the Chinese People!” – Supporters of Falun Dafa Send Mid-Autumn Greetings to Master Li Hongzhi

(Minghui.org) The Mid-Autumn Festival, also known as the Moon Festival, is one of the most important traditions in China and symbolizes family reunion and happiness.

On this special occasion, not only Falun Dafa practitioners from around the world are flooding the Minghui website with their most sincere holiday wishes for Master Li Hongzhi, but also many Chinese who supports Dafa are wishing Master Li a Happy Mid-Autumn Festival and expressing their appreciation for the blessings they have received from Dafa.

These supporters include government officials and police officers. Most of them have quit the Chinese Communist Party after understanding how brutally it is persecuting Dafa practitioners. Many of them are also helping the practitioners in spreading information about Dafa and hoping more people could benefit from it.

The family members of a few Falun Dafa practitioners in Zhucheng City, Shandong Province wrote, “Time flies! Now it’s another Mid-Autumn Festival! In the past twenty-some years, Master Li has given your disciples so much and helped them to assimilate to the universe’s principles, Truthfulness, Compassion and Forbearance, and become more compassionate and kind. Their hearts are purified and their levels improved. We are so happy about their progress. At this special occasion, please allow me to say ‘Thank you!’ on behalf of our family!” 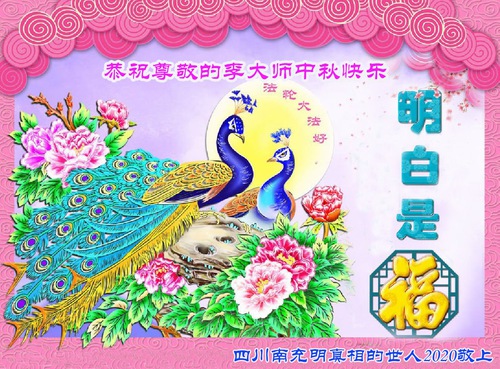 A Yantai City, Shandong Province, resident in his 20s said, “Through my family members who practice Dafa, I know Dafa is great. Through what’s happened in the past few years, I can see ever more clearly that the Chinese Communist Party demon comes to destroy mankind and Dafa is here to save people. For those who understand the facts of Dafa and know the beauty of Dafa, they will be blessed and saved.”

A company manager in Jingzhou County, Hunan Province said in his greeting, “I met a customer in May this year, who was able to break the internet censorship in China to read the real news outside. He told me a lot of information that was covered up by the authorities in China about the pandemic. My two close friends since childhood also said that their relatives in Wuhan called them and told them that many people have died and yet the government is covering up the truth. They asked us never to believe in the Chinese Communist Party, as it would never care about the lives of the Chinese people.”

“The pandemic has helped the world to see how evil the Chines Communist Party is! It can’t represent China or the Chinese people. Now I’m also able to use the Freegate software developed by Falun Dafa practitioners to read the real news myself. It’s just great! At the special occasion of the Mid-Autumn Festival, I’d like to extend my greetings to Dafa Master! I also want to sincerely apologize for my past ignorance and disrespect to Dafa, as I was deceived by the Communist Party’s lies about it.”

One family of three in Beijing said, “The year of 2020 is an unprecedented year, full of disasters. I’m so sad to see many people are still being deceived by the Chinese Communist Party and refuse to listen to the truth when Falun Dafa practitioners talk to them. If Dafa practitioners haven’t been persistent in going against the tide and bringing the information to the world’s people at the risk of their own lives, the world won’t be what it is now. Every time when I hear people smearing Falun Dafa, I feel very sad for them and would tell them that what they said was wrong.”

Some residents from the Gong’an County, Hubei Province, said, “Most people in our village see through the true nature of the Chinese Communist Party and we understand the facts of Falun Dafa. Despite being stricken by the pandemic and flood this year, most people in the village were fine and we didn’t suffer much loss.”

One family from Harbin City, Heilongjiang Province, wrote, “In the face of the pandemic and all the disasters this year, we weren’t scared, but survived with a peaceful mind. We’ve all witnessed Dafa’s beauty and healing power of our family members. We have quit the Chinese Communist Party and often recite the auspicious phrases, ‘Falun Dafa is good; Truthfulness, Compassion, Forbearance is good.”

“Now nearly ten people in our family have read Zhuan Falun and began to practice Dafa. The Parkinson’s disease in a 90-year-old family member was cured, as well as others’ thyroid cancer, hepatitis B, and depression. Dafa brings our family health, peace and happiness!”

The son of a practitioner in Shanxi Province said, “My mother is in her 70s. Since she took up Dafa 20 years ago, she has been enjoying good health and has volunteered to clean the stairs and other public places in her apartment building. She cares less about her personal interest. Her silent actions speak loud to the beauty of Dafa.”

One practitioner in Zhaoyuan City, Shandong Province, said, “My mother-in-law was cooking at home by herself one day in August 2020 when the gas tank suddenly exploded. The glass door on the kitchen cabinets were shattered and porcelain plates inside flew out and shattered on the ground. My mother-in-law wasn’t hurt, but only had a light scratch on her ankle. She didn’t even know how she managed to run out so quickly from the kitchen. She said she was listening to the Minghui radio when the accident happened and she knew it’s Master who saved her. After this incident, my father-in-law, who was hostile towards Dafa because of the communist regime’s propaganda, changed his view about it.”

One practitioner sent the greetings on behalf of the 30 people in her family. She said many of her family members were amazed by the changes in her and her mother in Dafa practice. “They have all quit the Chinese Communist Party and recite the auspicious phrases. One person recovered soon from a craniotomy to remove a brain tumor. One who suffered from insomnia had a sound sleep after watching Dafa videos. And the kids are also doing well at school, not only in their academic performance, but also positively in their characters.”

Another military officer in Shandong wrote, “My brother and sister all practice Falun Dafa. Once, I was badly ill and had a high fever for several days. I was so weak that I couldn’t walk by myself. Then my sister asked me to recite the phrases, ‘Falun Dafa is good; Truthfulness, Compassion, Forbearance is good.’ I took her suggestions. Miraculously, I recovered the next day and was able to walk normally again. Thank you, Master Li, for purifying my body!”

“Falun Dafa provides hope to the world’s people. It’s the pride of the Chinese people! We are longing for Master Li to return to China!”

Other greetings come from the following regions: 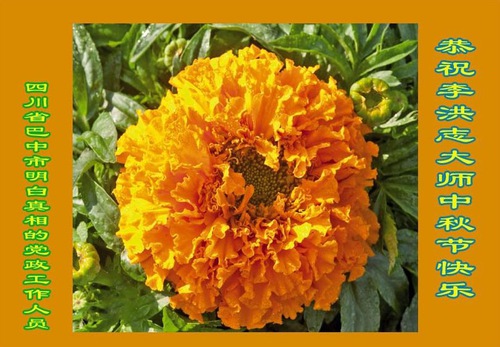 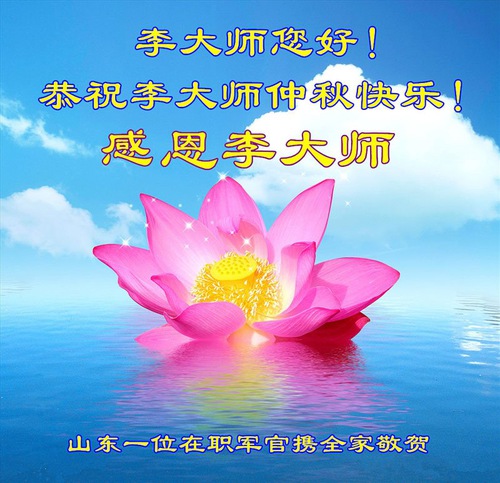 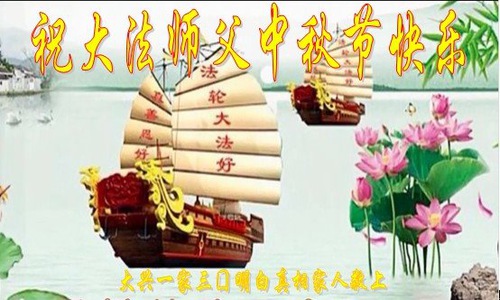 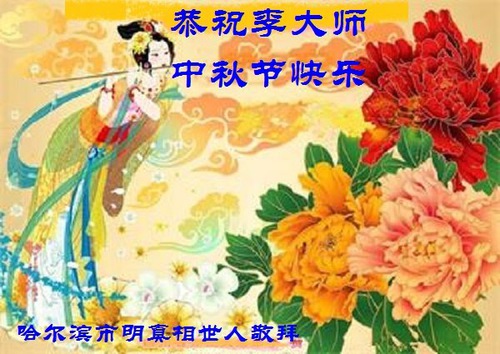 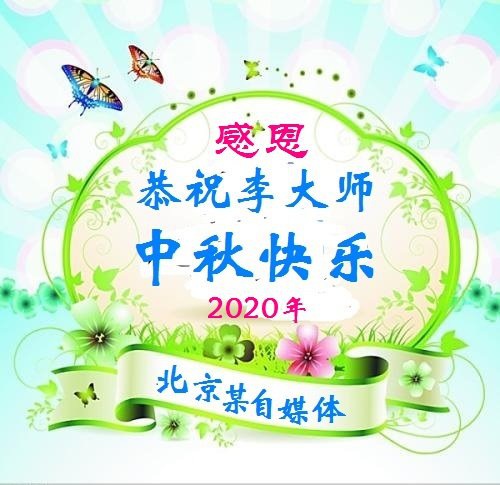 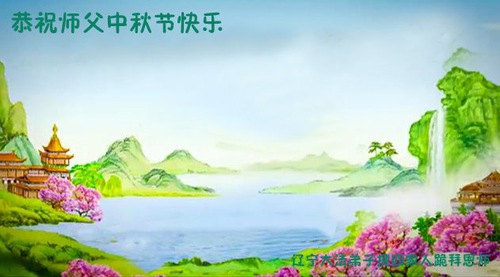 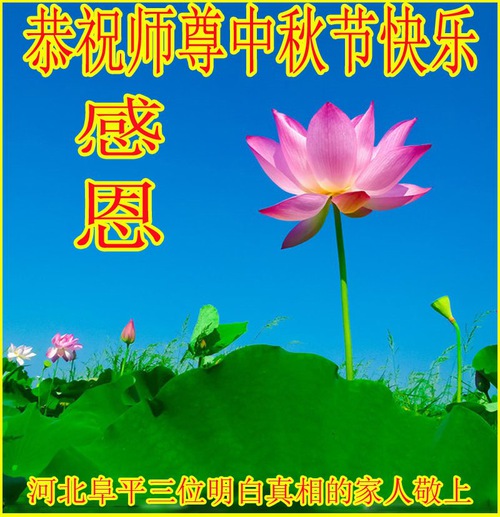 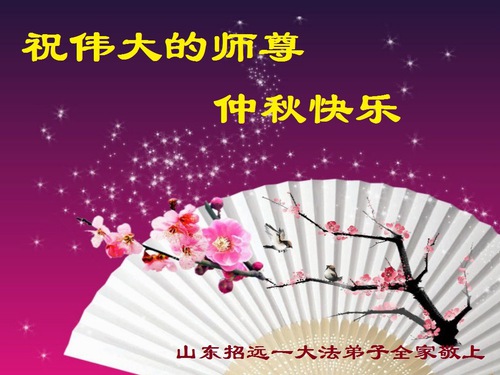 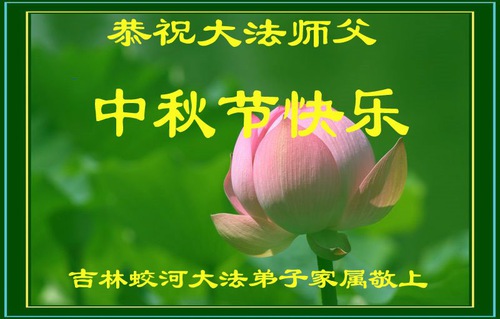 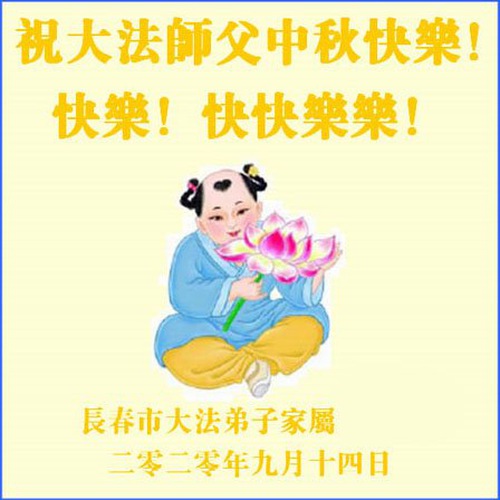 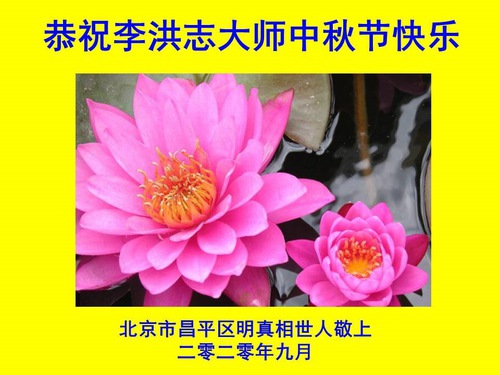 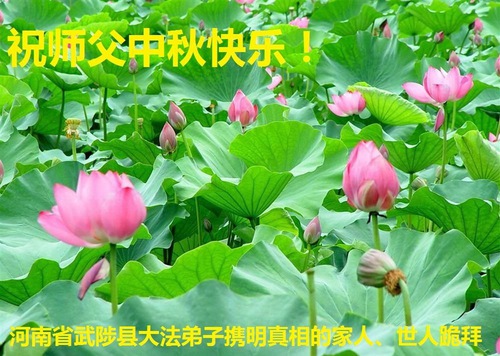 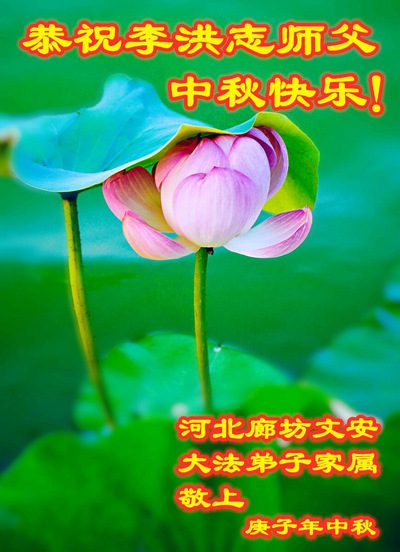 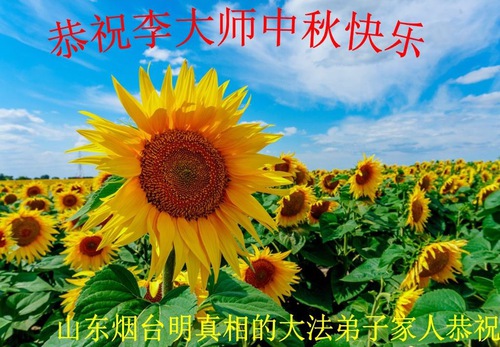 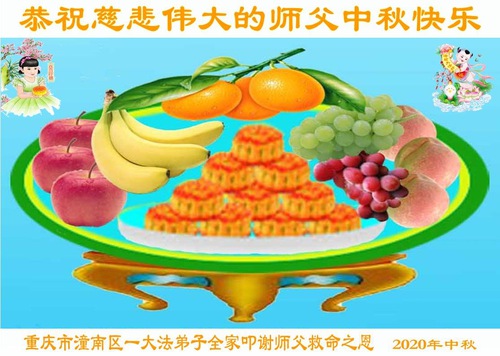 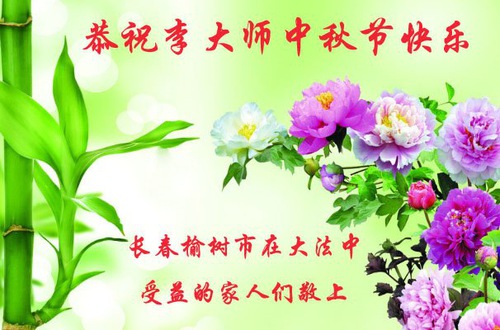 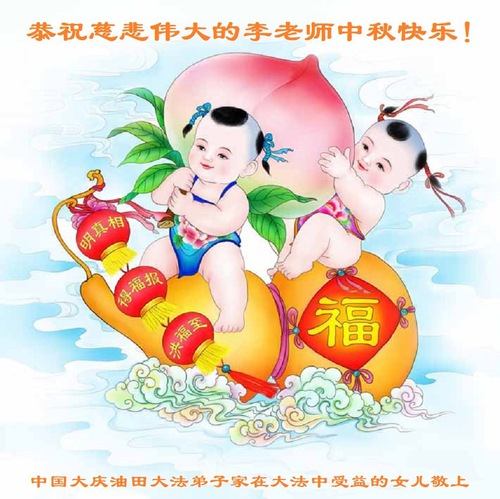 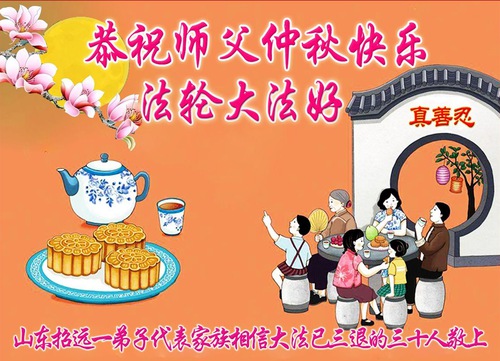 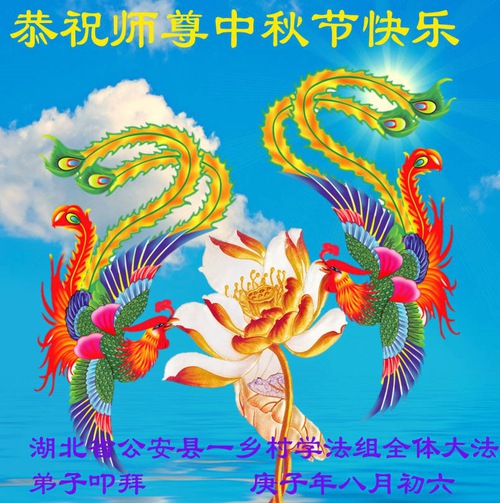