(Minghui.org) Today's news from China includes incidents of persecution that took place in 4 cities or counties in 4 provinces, where at least 12 practitioners were recently persecuted for their belief. 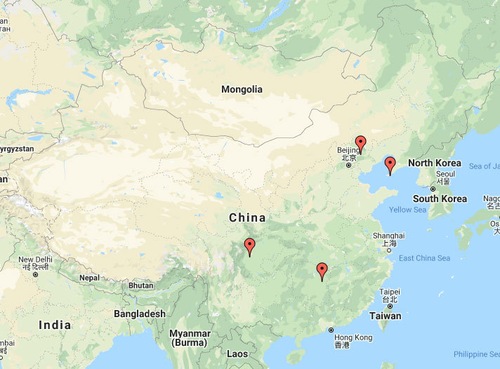 Ms. Yang Xiaosong, 58, was arrested on September 18, 2019. She was officially placed under arrest, and taken to Dalian City Detention Center.

Mr. Yu Xiangjia was sentenced to a four-year prison term by Xigang District Court around January 1, 2020. He has since appealed.

Ms. Wang Guilan, 57, Ms. Zhang Xiuyun, 61, Ms. Shang Shuqin, 67, and Ms. Hu Guangfeng, 58 were taken to Laoxiying Detention Center in the Shuangfengsi area. Their cases have been turned over to the Shuangqiao District Court, and are facing trial.

Mr. Yi Zhiyuan from Zhanggongling Village was arrested at home by officers from Lukou Town Police Station on January 7, 2020, for distributing informational materials about Falun Gong. Falun Gong books, materials, and an MP3 player were confiscated.

Mr. Yi was taken to Zhuzhou City Detention Center. His family has not been allowed to visit him. Mr. Yi was abused, and his blood pressure is very high. He is on a hunger strike to protest the persecution.

Ms. Shen Jun and her husband were on a sightseeing trip to Quzhou City, Zhejiang Province, on October 23, 2019, when they were reported to the authorities for distributing informational materials about Falun Gong.

They were arrested at a hotel. Her husband returned home to Sichuan Province around October 25. Ms. Shen was officially placed under arrest, and is being held in custody in Maojialing, in the northern suburbs of Quzhou.

“My Understanding of “Letting Go of the Notion of Being Persecuted””