(Minghui.org) As we ring in 2020, supporters of Falun Dafa from around China sent their heartfelt greetings to wish revered Master Li Hongzhi a Happy New Year.

These non-practitioners usually have family members, colleagues, friends, or neighbors who practice Falun Dafa. They have come to understand that the Chinese Communist Party is wrong in persecuting the peaceful self-cultivation practice that has transformed so many lives.

Many have quit the CCP and its subordinate organizations, and subsequently experienced tremendous positive changes in their own lives. Some became healthy, while others averted dangers. They all thank Master Li for bringing them blessings.

From a Heilongjiang Resident: Perpetrators Will Be Held Accountable

A resident in Heilongjiang Province is moved by Falun Dafa practitioners' perseverance and tenacity in their efforts to end the persecution of their faith. He believes that Master Li's guidance and protection gave practitioners strength to carry on in the face of the persecution.

He also wrote that history will prove Master Li right that Falun Dafa benefits people and the country [China] without causing any harm. He believes that the perpetrators of Falun Dafa will be held accountable and he wishes Master Li and millions of Dafa disciples a happy New Year.

A woman in Chongqing thanks Master Li for giving her a healthy mother. She wrote in her greeting,

“One of my childhood memories was go to the hospital to deliver food to my mother, who fell ill all the time. Our family couldn't even turn on air conditioning in the hot summer because she always felt cold.

“My mother's fate turned after she began practicing Falun Dafa. She became healthy and energetic. Now that I am a mother myself, my mother is still strong enough to help care for my kids.

“My mother never wavered in her faith even though she was once jailed for refusing to renounce Falun Dafa. I support her practice, and I'm also trying to live by Falun Dafa's principles of Truthfulness-Compassion-Forbearance.”

The well-wishers also include people from the following regions: 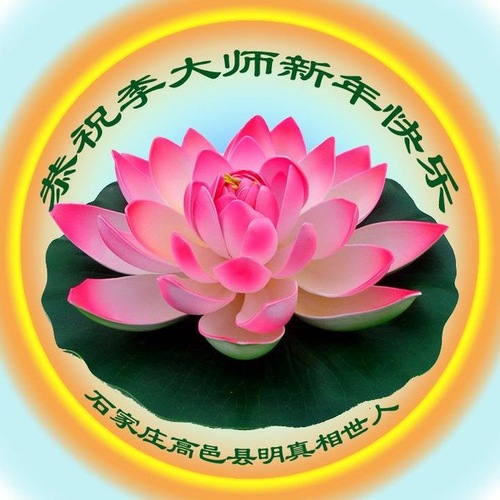 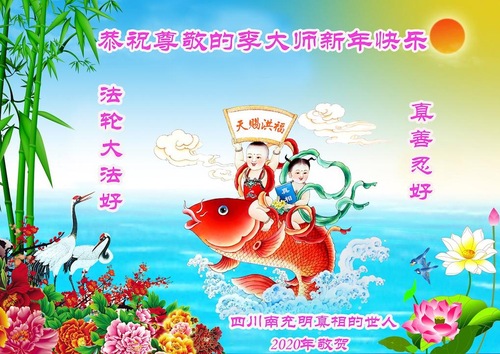 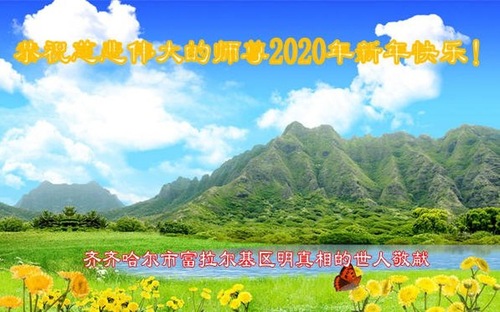 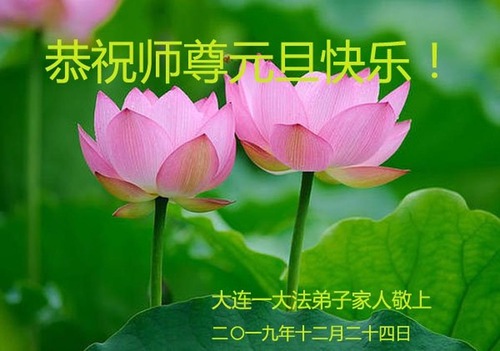 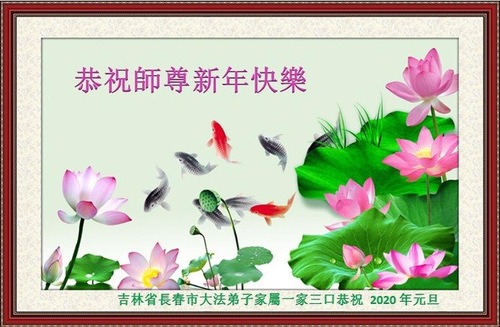 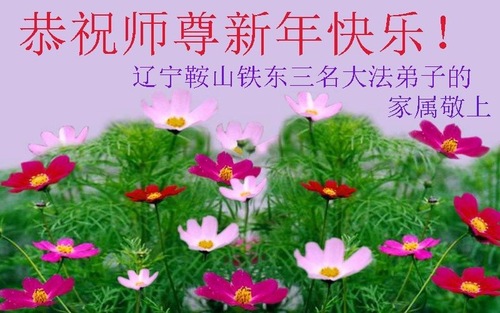 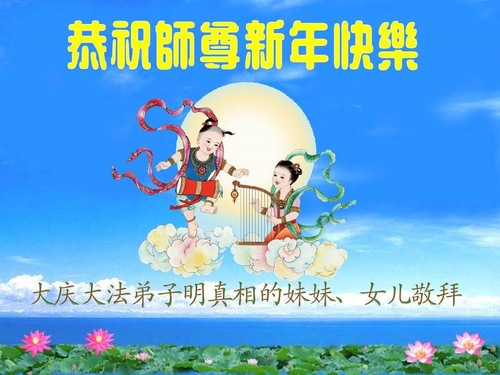 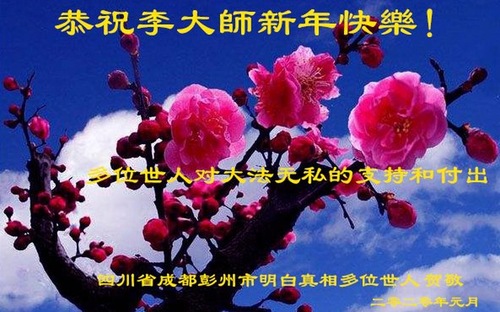 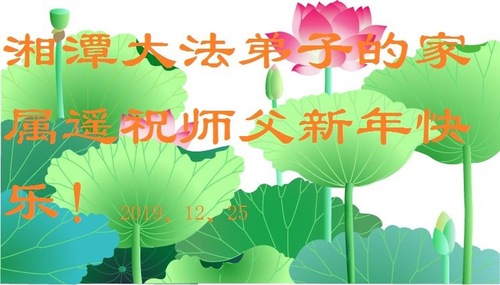 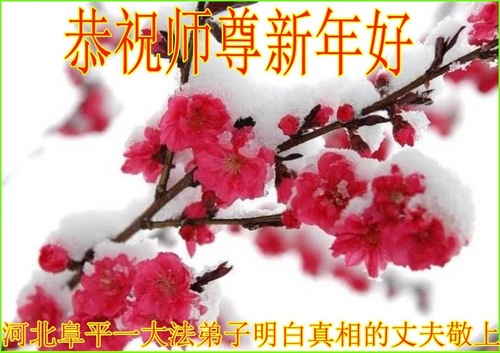 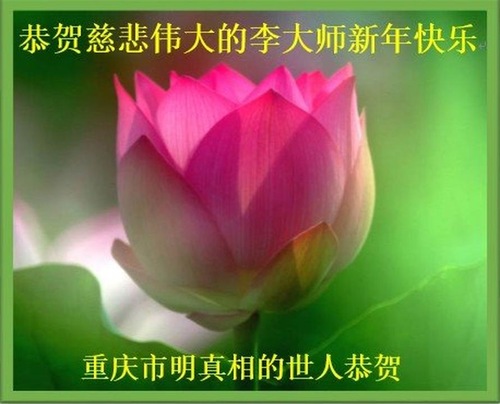 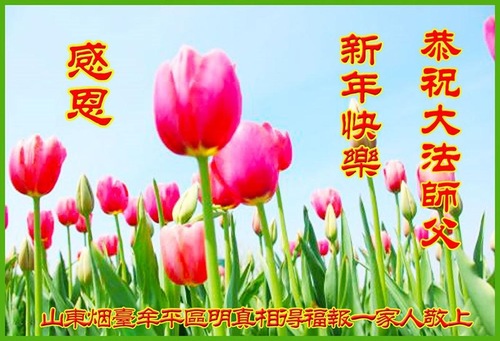 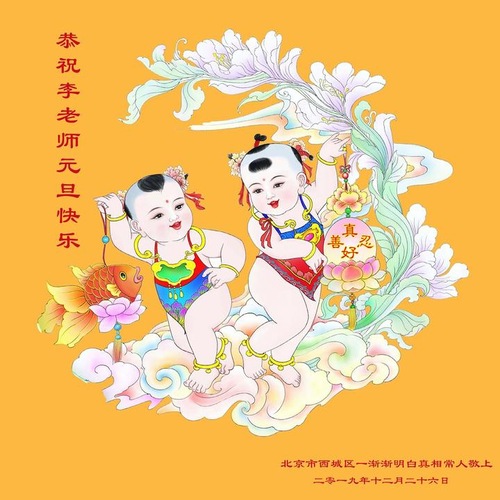 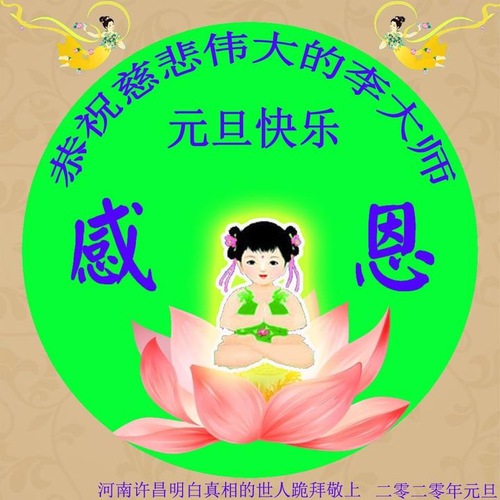 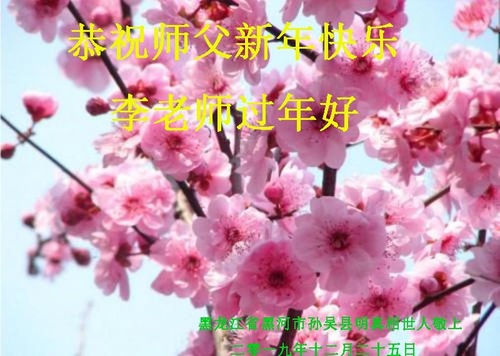 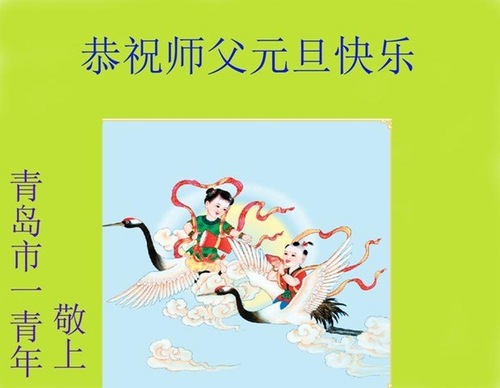