(Minghui.org) On the occasion of the 2020 Chinese New Year, supporters of Falun Dafa from around China have sent their heartfelt greetings to wish revered Master Li Hongzhi a Happy New Year.

These non-practitioners usually have family members, colleagues, friends, or neighbors who practice Falun Dafa. There are also people who don't personally know anyone practicing Falun Dafa but who have come across Dafa practitioners at one point or another. These supporters of Falun Dafa have come to understand that the Chinese Communist Party is wrong in persecuting the peaceful self-cultivation practice that has transformed so many lives.

Many of the supporters have quit the Chinese Communist Party (CCP) and its subordinate organizations, and subsequently experienced tremendous positive changes in their own lives. Some became healthy, while others averted dangers. They all thank Master Li for bringing them blessings.

A young woman in Changchun City, Jilin Province suffered from low platelet count, which sometimes even dropped to zero. Her grandmother, who practices Falun Dafa, advised her to recite “Falun Dafa is good” and “Truthfulness-Compassion-Forbearance is good.” She heeded the advice, and her symptoms gradually disappeared.

A middle school student in Beijing said that a lot of kids in his class developed high fever one after another. He also got infected and saw his temperature spike. As he lay in bed feeling extremely uncomfortable, he suddenly remembered what a Falun Dafa practitioner had once told him. He began to recite “Falun Dafa is good” and “Truthfulness-Compassion-Forbearance is good.” In half an hour, he no longer felt dizzy, and his fever was gone. He had lost his appetite for several days, but he felt hungry again and ate some food without any discomfort.

A woman in Fushun City, Liaoning Province said that her child had a terrible accident and had fallen into a coma. The hospital asked her family to prepare for the worst. Her sister, a Falun Dafa practitioner, urged her whole family to recite “Falun Dafa is good” and “Truthfulness-Compassion-Forbearance is good.” Her child is getting better by the day.

An elderly woman in Jingzhou City, Hubei Province was walking on the street when a big truck suddenly drove up to her from behind. She instinctively jumped to the curbside, where there was a stack of glass almost as tall as she. The truck hit the glass, shattering it to pieces. But there was no broken glass on her body, nor was she injured. Then she saw herself far away from the glass. She remembered clearly she was standing by the glass. What happened? It dawned on her that Master Li must have transported her to a safer place. She has a child who practices Falun Dafa and she firmly believes that she's being blessed for her support of Falun Dafa.

A Beijing man said that he and his mother support his wife's practice of Falun Dafa because the practice has turned his wife into a wonderful wife and daughter-in-law. He never hesitates when his wife asks for money to make truth-clarification materials. He never complains when she returns home late from her truth-clarification activities. His mother also often reminds his wife to pay attention to safety. He and his mother wish Master Li a happy Chinese New Year.

A man in Huaian City, Jiangxi Province wrote in his greeting that he survived two accidents, thanks to his support of Falun Dafa. Even though he does not practice Falun Dafa, he's been trying to follow the principles of Truthfulness-Compassion-Forbearance to be a better person. His strong work ethic has earned him “employee of the year” for the past few years.

The greetings were sent from the following regions: 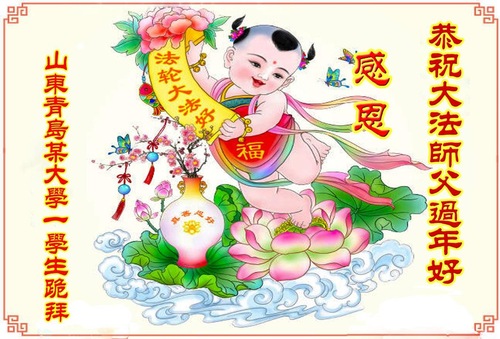 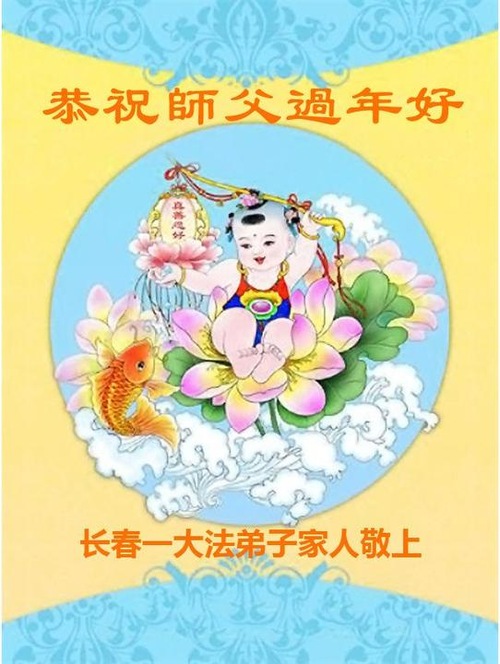 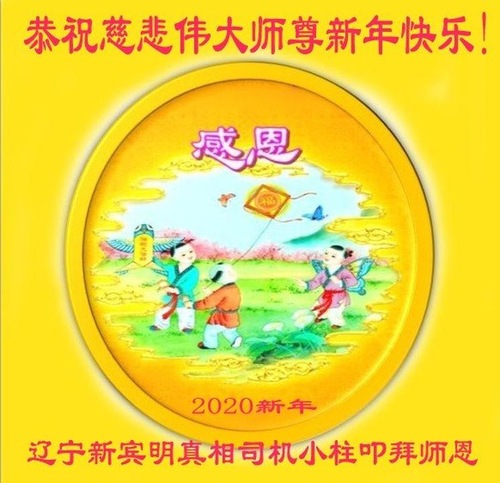 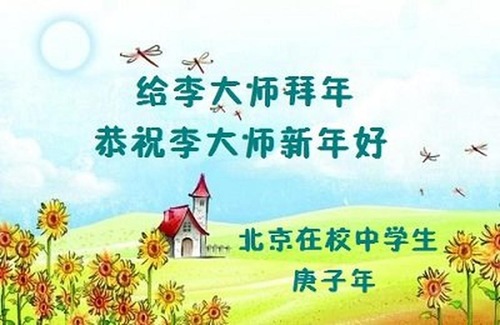 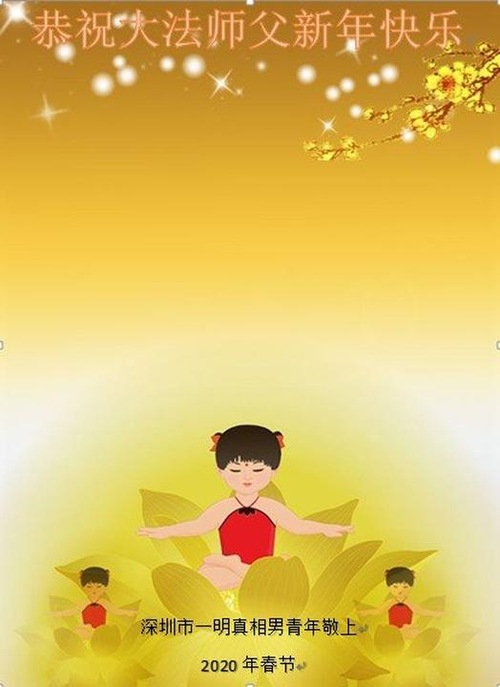 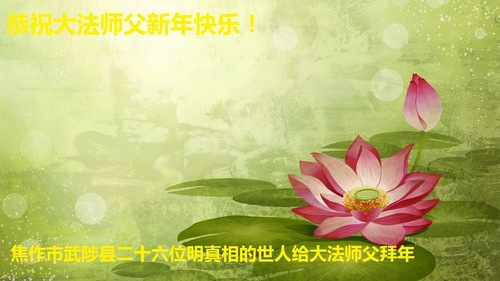 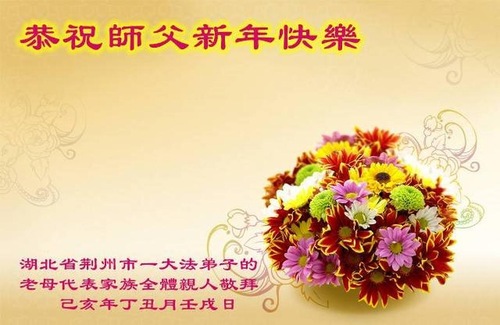 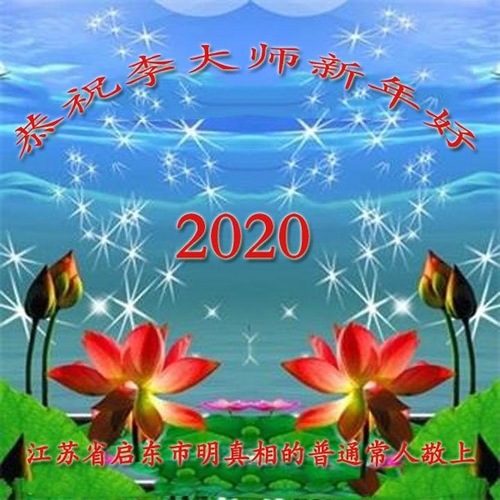 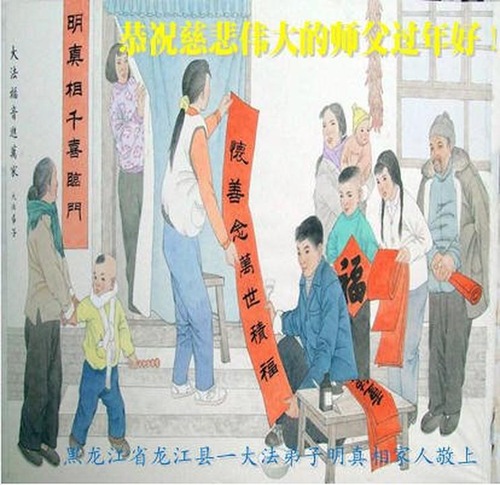 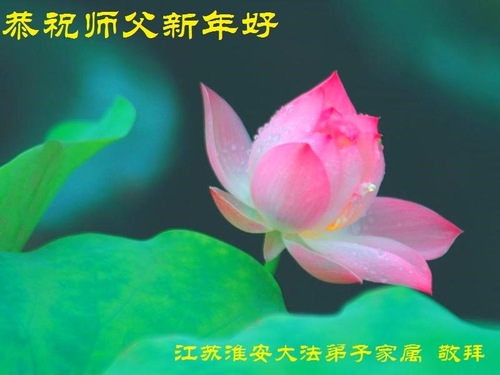 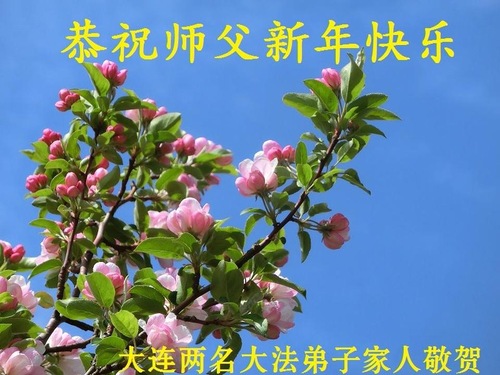 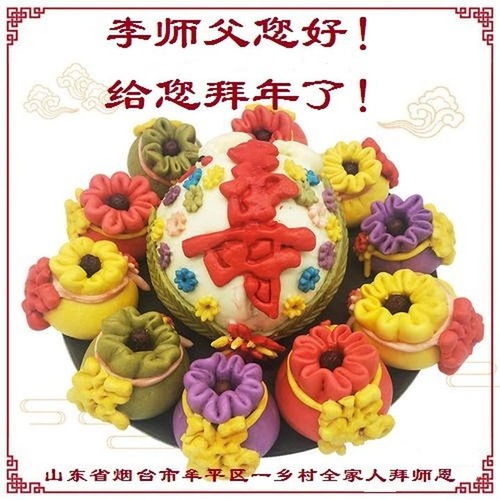 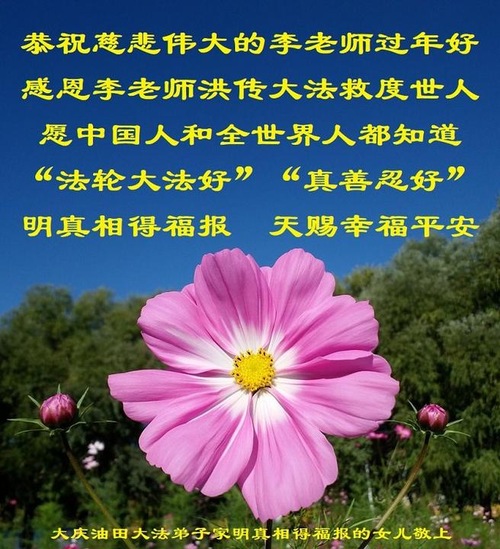 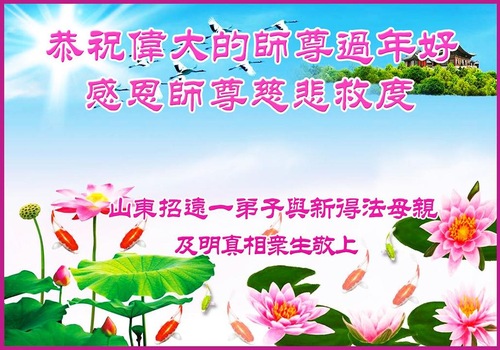 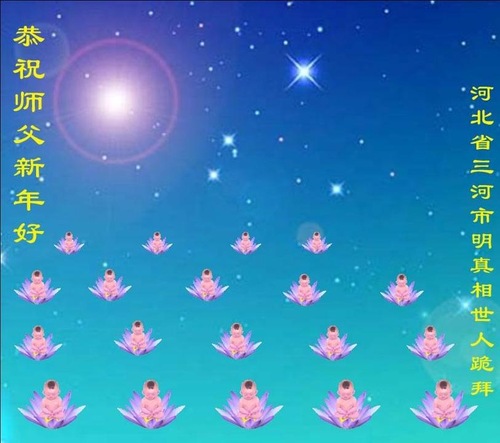 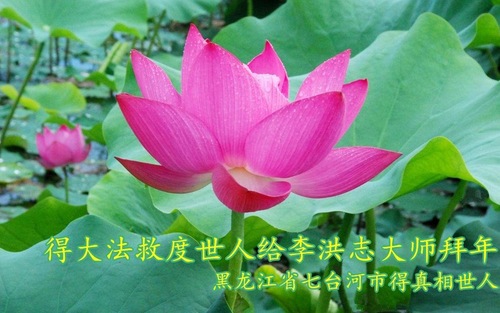 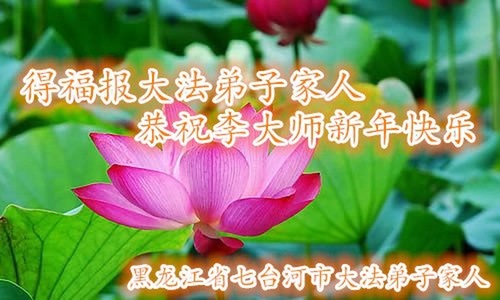 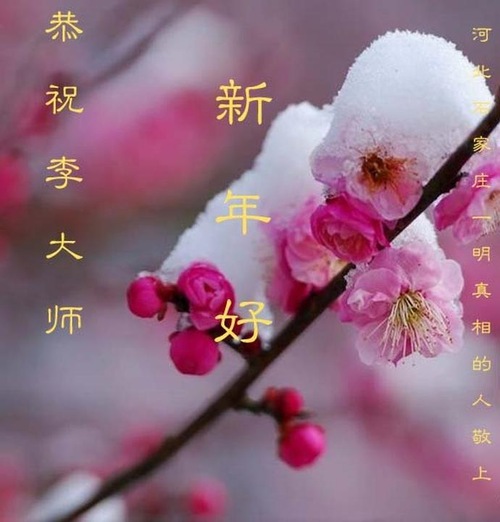 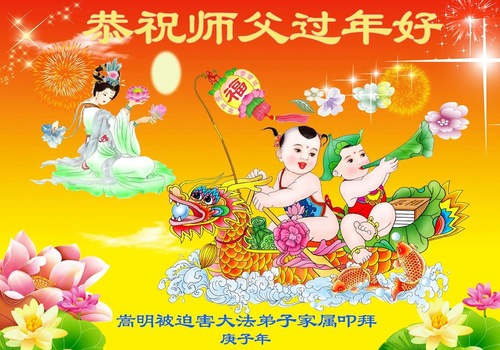 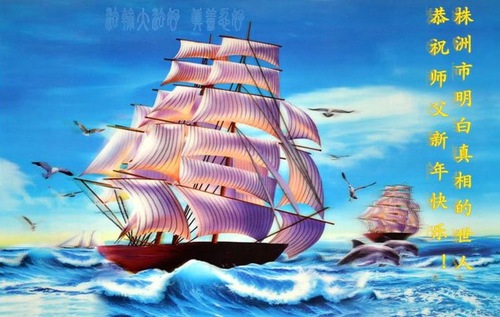 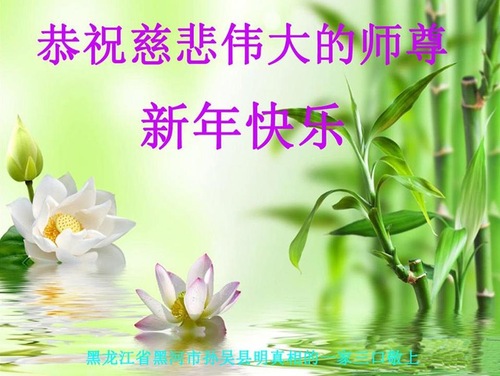 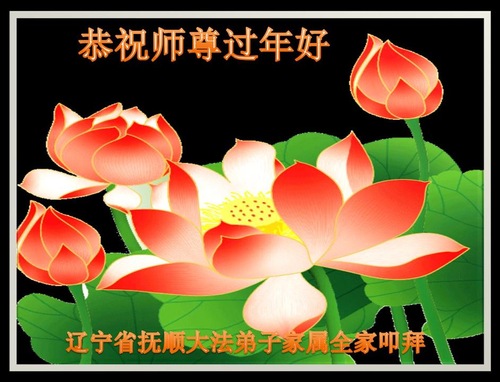 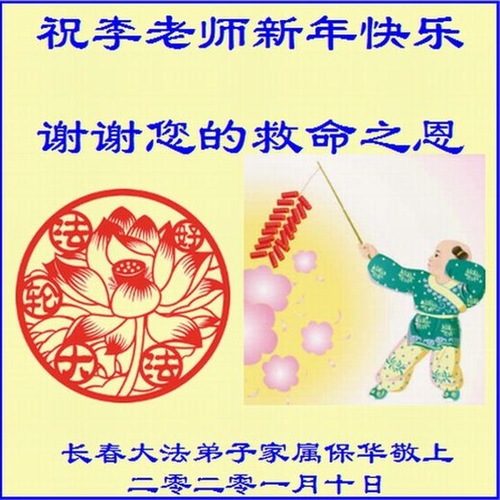 “Fulfilling the Sacred Mission as One Body”