(Minghui.org) On the occasion of the Lunar New Year, many people in China have sent greetings to wish the founder of Falun Dafa, Mr. Li Hongzhi, a Happy New Year. Although they are not practitioners, they have come to appreciate how wonderful Falun Dafa is through friends and family members.

A man in Henan Province is especially grateful to the blessings Falun Dafa has brought to his family. Twenty years ago, his mother became very ill and was bedridden. Her colleague came to visit one day and brought her the main book of the teachings of Falun Dafa, Zhuan Falun. His mother began to practice Falun Dafa and subsequently recovered. She became fit and healthy and was able to help take care of the family.

His son, who was looked after by his grandmother from a young age, grew up influenced by the principles taught by Falun Dafa. His son always did well at school and was accepted into an ideal university. He and his wife have been lucky at work too. He thanks Master Li for giving him a happy family and fully supports his mother in her faith.

A farmer in Henan Province thanked Master for saving his life. In 2004, he suffered severe chest pain and was sent to the hospital. Doctors told him he'd had a heart attack. A relative who practices Falun Dafa came to see him in the hospital. She suggested he recite the words, “Falun Dafa is good.” He acted on her advice and felt better that night. A week later he was discharged from the hospital.

This farmer was in his 30s at the time and was worried that he would not be able to do heavy manual work after such a severe illness. He went to the hospital and had a thorough examination. The doctors said he was fine. His sudden recovery cannot be explained by science. Even now, he is in great health and works hard.

His whole family is grateful to Falun Dafa for saving his life. They hope that more people will realize how amazing the practice is.

Other well-wishers hail come from the following regions: 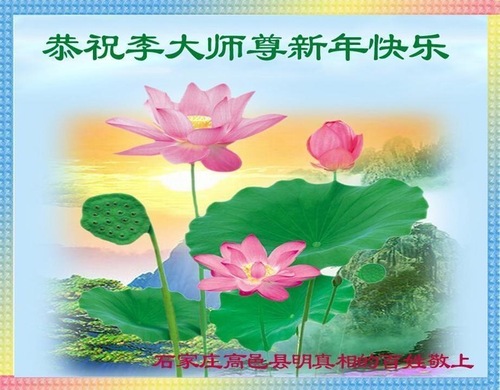 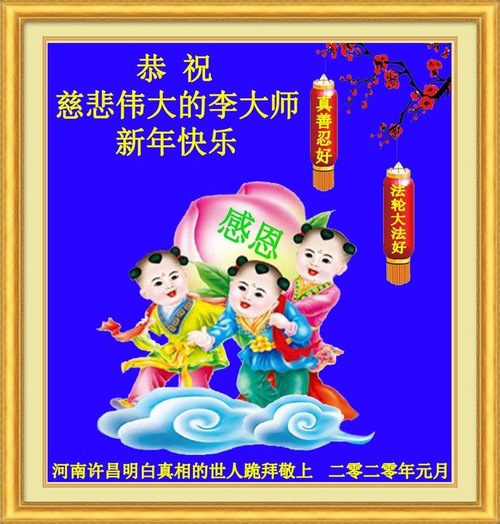 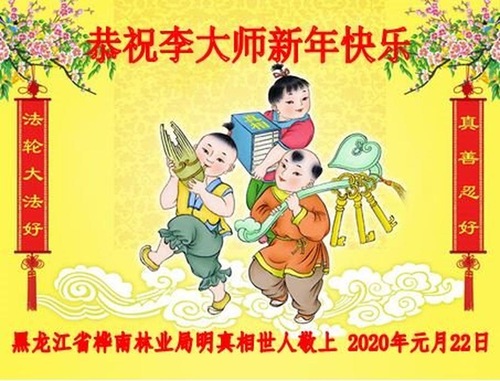 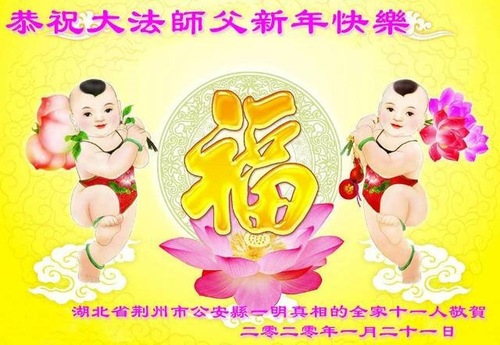 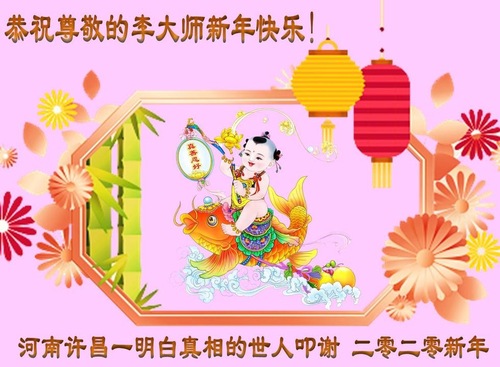 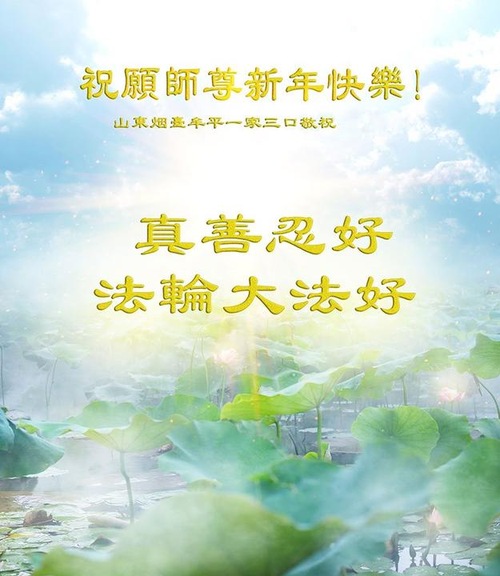 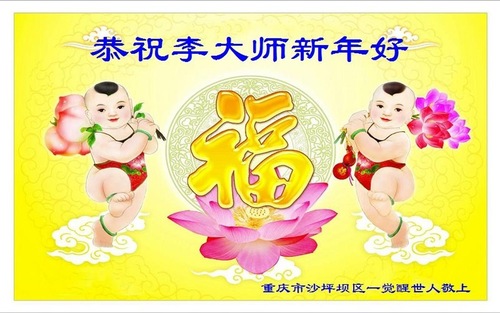 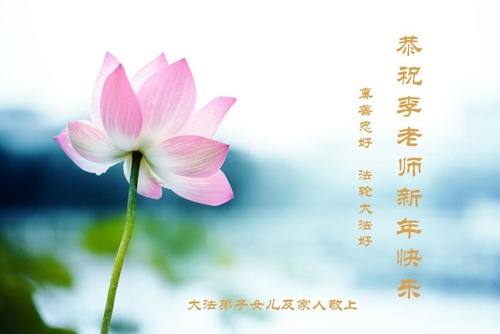 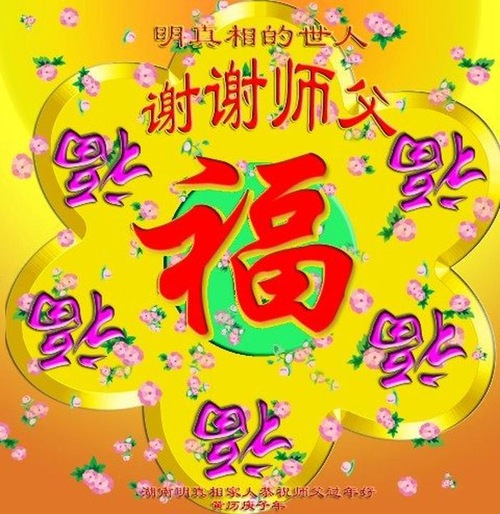