(Minghui.org) Falun Gong practitioners held a rally at Parliament Square and a press conference in front of the Chinese Embassy on August 30, 2019. They condemned the Chinese Communist Party’s (CCP) persecution, especially the state-sanctioned live organ harvesting from Falun Gong practitioners. They called on the British government and the international community to take action to help stop the persecution. 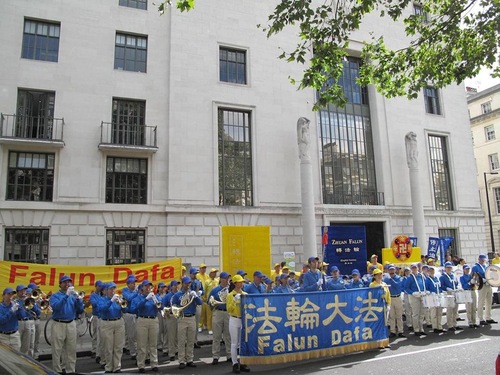 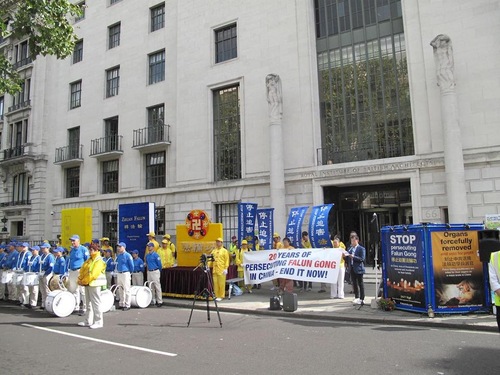 Press conference held in front of the Chinese Embassy on August 30, 2019. 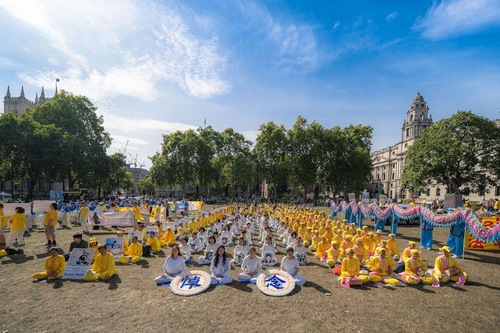 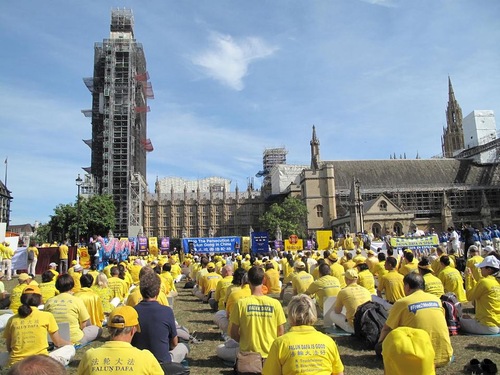 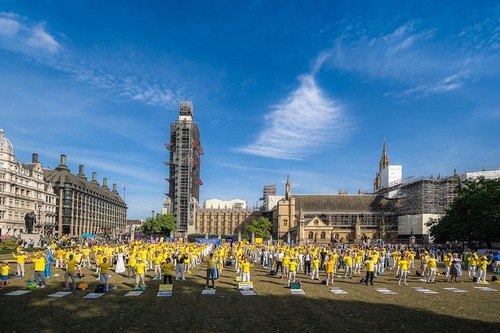 Rally at Parliament Square to mark the 20 years of Falun Gong practitioners’ peaceful resistance to the persecution.

John Dee, Vice Chairman of Friends of Falun Gong Europe, addressed the rally. He pointed out that the persecution has gone on for more than 20 years and must be stopped.

He said, “We call on the Chinese government to stop any form of persecution of Falun Gong practitioners and unconditionally release all detained practitioners.

“At the same time, we also appeal to citizens of all countries to jointly condemn the Chinese Communist Party's (CCP) policy towards Falun Gong. Twenty years have passed. For this evil persecution, we can no longer tolerate it.” 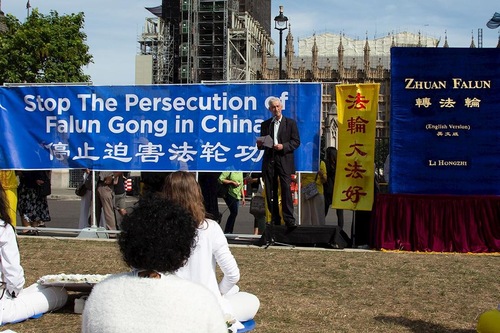 John Dee, Vice Chairman of Friends of Falun Gong Europe speaks during the rally held at Parliament Square on August 30, 2019.

Counsel to the China Tribunal: The CCP’s Live Organ Harvesting Should Stop Today 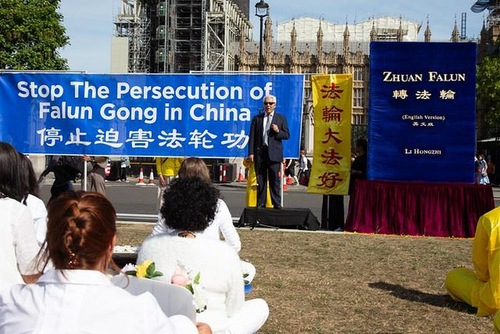 Hamid Sabi, Counsel to the China Tribunal, addressed the rally on August 30, 2019.

Hamid Sabi, Counsel to the China Tribunal, also spoke at the rally. He pointed out that the CCP’s live organ harvesting is a devastating behavior and “an act that violates human dignity.”

He pointed out that the longer the persecution lasts, the more crimes the CCP creates for itself, “This kind of crime needs to be stopped immediately, and should stop today.”

Tamara Barnett, head of the Human Trafficking Foundation, spoke at the rally. She sternly condemned the CCP’s trafficking of organs from living Falun Gong practitioners and called on the British government to take action to stop the persecution. 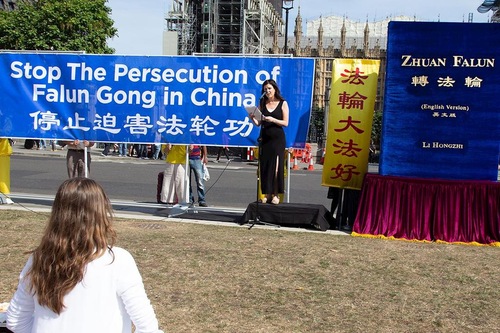 Passers-by Hope That the CCP’s Violence is Stopped 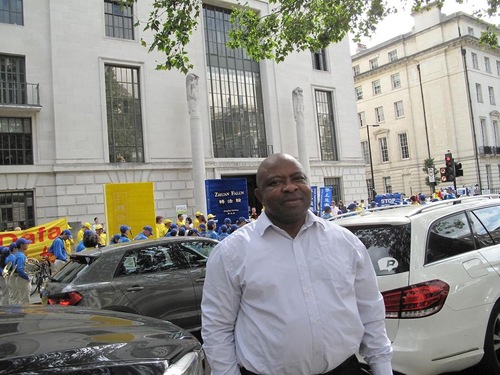 Sylvester paused and listened to the press conference in front of the Chinese Embassy in London on August 30.

Sylvester works at a nearby bank and had heard of Falun Gong. He said that he fully agrees with Falun Gong's principles of Truthfulness, Compassion and Forbearance and he condemns the CCP's persecution.

“This is information not only for the United Kingdom, but also for the whole world: the whole world must stand up and stop this taint - the CCP against humanity! Enough! The CCP must immediately stop the persecution.” 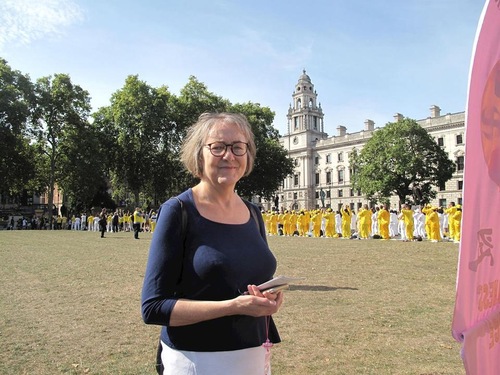 Helen Mc’Carren was shocked to hear the details of the persecution and signed the petition which calls for it to end.

Helen Mc’Carren noticed the rally at Parliament Square and was interested in learning more. She was shocked to hear about the CCP’s live organ harvesting. She said, “This is too terrible. I can’t believe it happened! I signed the petition and hope to help stop this (persecution).”

She said, “If there are enough people in the world to know this and if the UK government urges the CCP gang, it would warn them that they can no longer do this.

“We should let the public know about this. I will definitely put photos of the rally on my social media and let all my friends see them.”

During the press conference held in front of the Chinese Embassy, Caroline, representative of the British Falun Dafa Association, introduced Falun Gong and called on the British government and the international community to stop the CCP’s brutal persecution.

Standing opposite the Chinese Embassy, three Falun Gong practitioners talked about the persecution they were subjected to by the CCP. They called on the public to learn about Falun Gong and work together to end the persecution.

“London: European Falun Gong Practitioners Exercise Together and Raise Awareness of the Persecution”