(Minghui.org) Falun Gong practitioners from Mumbai introduced the practice during the Bandra Fair held at Mount Mary Church on September 14, 2019. The popular eight-day fair which featured shopping booths, food, music, and activities attracted crowds of people from Mumbai as well as surrounding areas. Practitioners demonstrated the five sets of exercises, introduced the benefits of the ancient spiritual practice, and informed people about the Chinese Communist Party's (CCP) persecution. 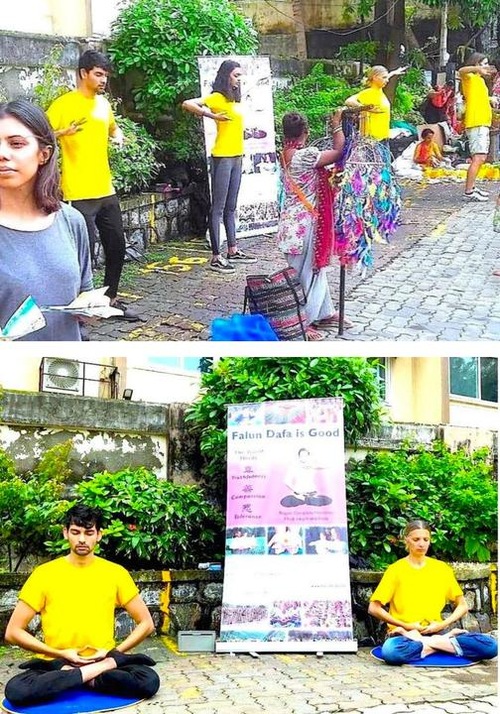 Practitioners demonstrate the Falun Gong exercises during the Bandra Fair in Mumbai on September 14, 2019. 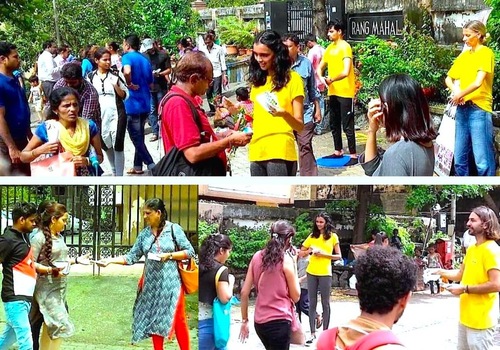 Many people stopped to watch the exercise demonstration and said they were interested in learning more about Falun Gong and where they could learn the exercises.

A karate coach said that he had tried many different meditation practices. He thought Falun Gong was great and wanted to learn more about it. A practitioner told him about Falun Gong's guiding principles of Truthfulness-Compassion-Forbearance, which are beneficial in improving mind and body. The coach said that he wished to practice Falun Gong. 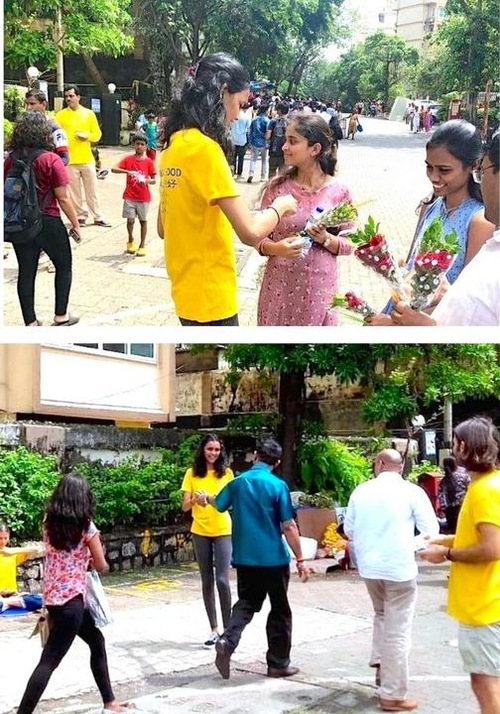 One lady said that she had been watching the exercise demonstration since the beginning. She asked for some introductory materials and said she also wanted to learn how to practice.

“Divinity of Chinese Culture in the Remote Ages (Part 2): The Importance of Virtue”