New Zealand and Canada: Rallies Held to Support Over 340 Million Withdrawals from the Chinese Communist Party

(Minghui.org) Falun Gong practitioners held rallies in Auckland, New Zealand and Montreal, Canada to support over 340 million Chinese people renouncing the Chinese Communist Party (CCP) and its affiliated organizations. They condemned the CCP’s persecution, especially the state-sanctioned live organ harvesting from Falun Gong practitioners. They collected signatures and called for an end to the persecution. 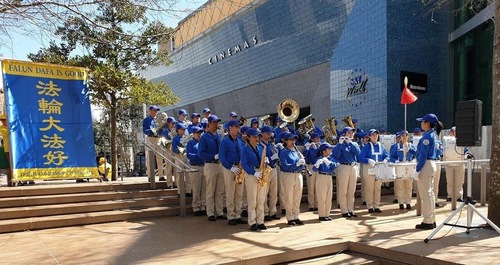 The Tian Guo Marching Band performed during the rally held in Aukland on September 22, 2019. 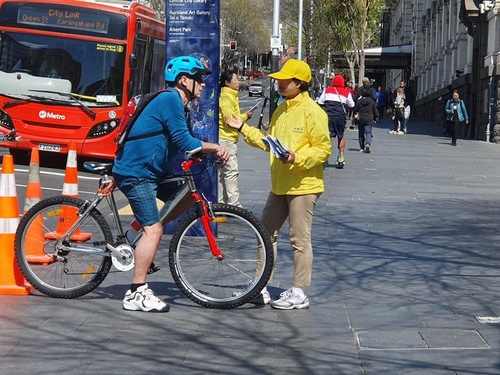 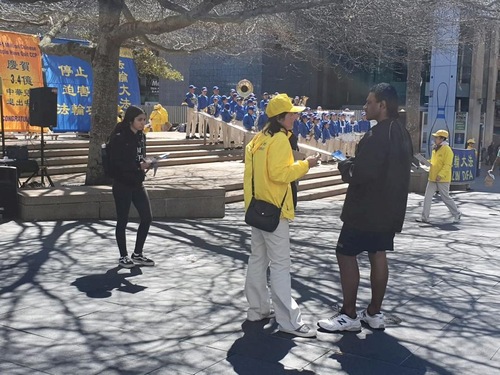 Practitioners introduce the practice and talk about the persecution with passersby.

Well-known human rights lawyer Kerry Gore spoke during the rally. He said that the CCP violates basic human rights of Chinese people and has no rule of law. He pointed out that China does not have an independent judicial system.

The CCP tramples on the Universal Declaration of Human Rights and violates its own constitution. It persecutes Falun Gong practitioners, Christians, Tibetan Buddhists, and Uighurs. It illegally detains, conducts brainwashing, tortures, and even conducts live organ harvesting for profit.

Shawudun Abdul-Gopur, a Uighur, addressed the rally. He said that although he had been in New Zealand he never dared to disclose his real name because he was afraid of being persecuted by the CCP. This time, he chose to speak at the rally using his true name.

He also said that his family members in China have been persecuted and he is unable to learn of their current situation. He said that Falun Gong follows the principles of Truthfulness, Compassion and Forbearance.

He explained that he learned about the persecution of Falun Gong because one of his teachers was a practitioner. He does not know whether that teacher is still alive. 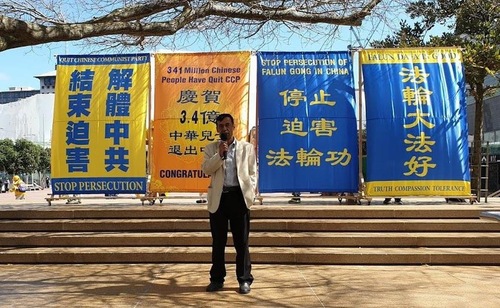 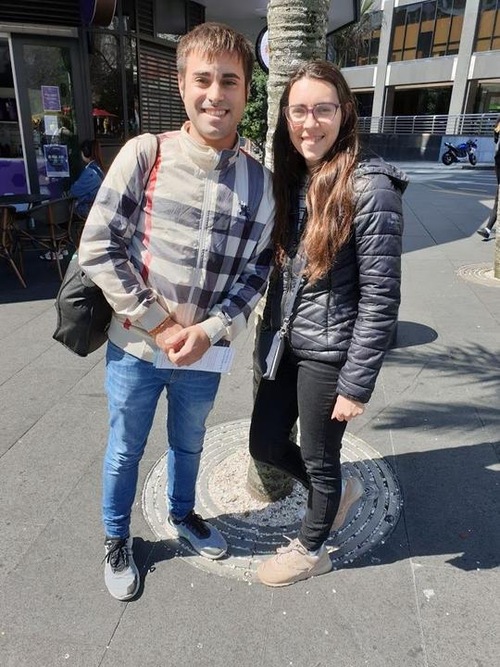 Tourists Maria and Marc from Spain support Falun Gong and signed the petition to condemn the persecution.

Falun Gong practitioners in Montreal and nearby cities held a rally and march on September 21, 2019. The rally was held in Chinatown. The speakers spoke both in English and Chinese during the rally. Many people stopped to watch. 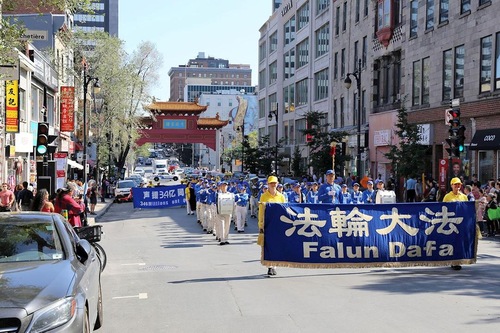 A rally held in Montreal's Chinatown on September 21, 2019 to celebrate more than 340 million Chinese quitting the CCP 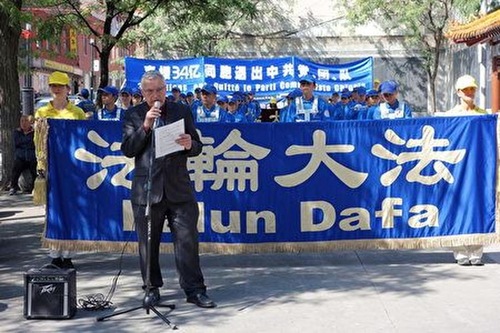 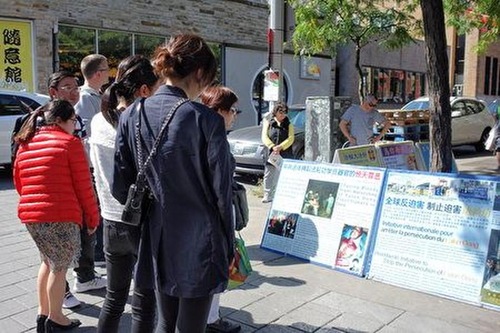 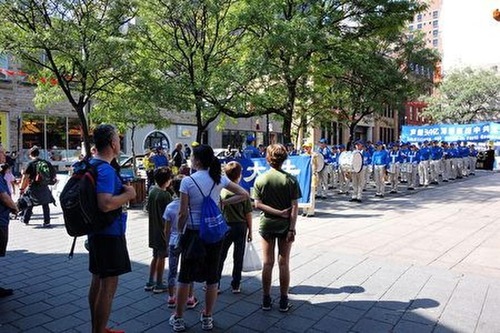 Several people condemned the persecution during the rally in Montreal. 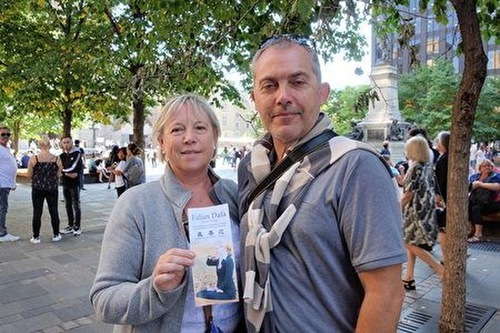 Lionel and Gisele from France

Gisele said the march was splendid! She called the performance of the Tian Guo Marching Band, “Powerful. They are asking for their basic rights. At the same time, it is very appropriate, strong and gentle, without any radical activity. This is great.”

She praised practitioners' peaceful demeanor and said, “This march is very positive. Truthfulness, Compassion and Forbearance are what the world needs. It is very touching.” 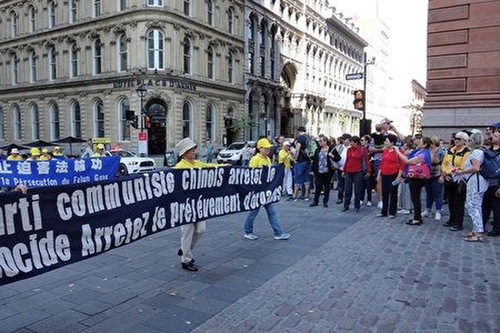 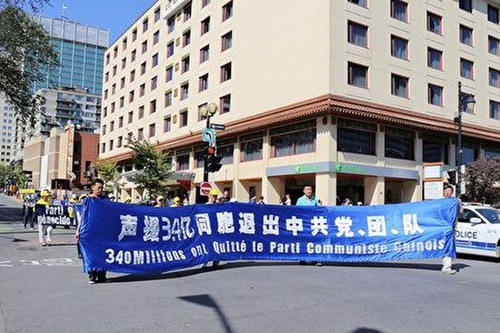 The practitioners demonstrated the Falun Gong exercises after the march and told people about the persecution.

After learning about the CCP’s persecution of Falun Gong, several passersby expressed their support for practitioners. Estella, a Montreal resident, condemned the CCP’s live organ harvesting.

She said that she had seen the practitioners meditating for many years. She knew about the CCP’s persecution and live organ harvesting. She said, “The Falun Gong practitioners are very brave. They should continue raising awareness. I support them.”

“Discovering Who Saved My Life”