Almost one million people attended the popular flower show over the course of the week. Practitioners introduced the traditional self-cultivation practice to many of the show attendees and also explained how the Chinese Communist Party (CCP) persecutes innocent practitioners in China. 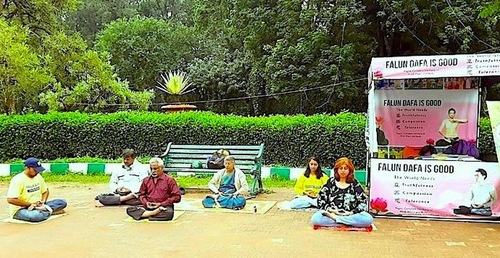 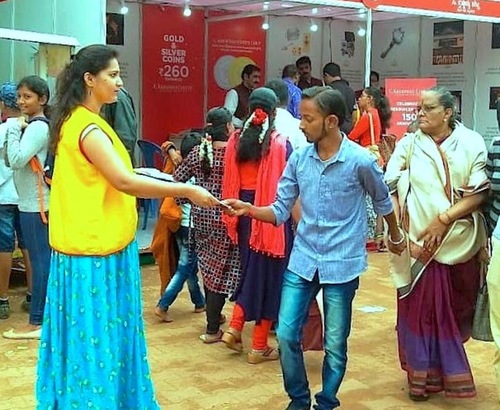 An ice cream vendor across from the Falun Gong booth was so fascinated by the exercises that he almost forgot about his ice cream. He said he enjoyed watching the exercises and listening to the beautiful exercise music. He asked practitioners for information about where and when they have group exercise sessions and said he planned to go learn the exercises.

Some passersby felt the strong energy of Falun Gong and stopped to watch the exercises. Many people said they were surprised to hear that such a great exercise practice was persecuted by the CCP in China. Many of the flower show attendees said they condemned the CCP's crime of harvesting organs from living Falun Gong practitioners and added that the CCP's evilness was beyond imagination.

“Preciousness of Dafa: Treat Others with Kindness”