(Minghui.org) Falun Dafa practitioners from Argentina, Bolivia and Chile gathered in Buenos Aires on Sunday, September 15, 2019 for an experience sharing conference. At the gathering, practitioners presented papers about their experiences and insights on the path of Dafa cultivation. The talks provided fellow practitioners the opportunity to reflect on their own cultivation journeys and find inspiration.

Master Li Hongzhi, the founder of Falun Dafa, sent his greetings and reminders to those attending the South America Fa Conference:

“Dafa cultivation is different from other religions and cultivation practices, because Dafa disciples came with a mission and are required to save sentient beings during the course of their individual paths toward consummation.”

“I hope you all study the Fa more and clarify the facts more, and that each walks well on your path of cultivation.” ( “To the Fa Conference in South America”, Team Blue Translation) 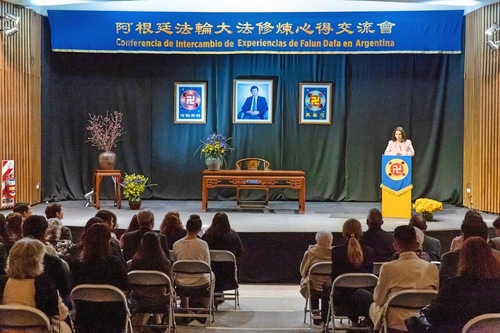 Eighteen practitioners from different age groups and backgrounds shared how they looked within to find and eliminate attachments. They also talked about clarifying the truth, and how they improved in their efforts to raise public awareness of the 20-year persecution of Falun Dafa in China. The stories were sincere and touching, and some audience members had tears in their eyes as they listened to their fellow practitioners. 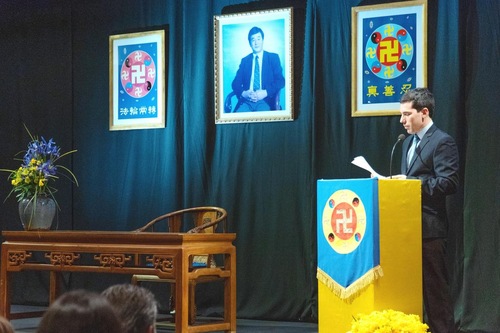 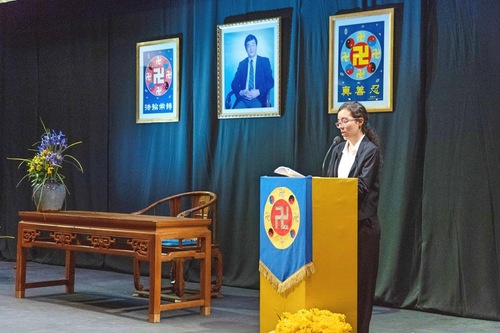 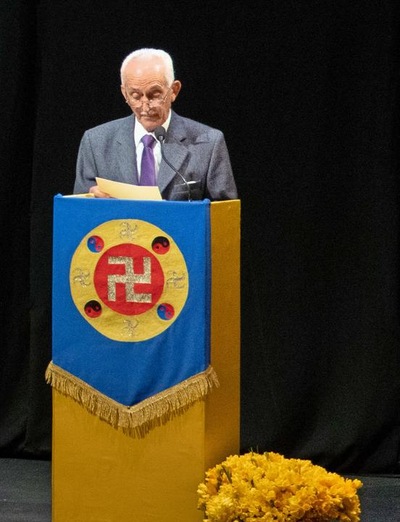 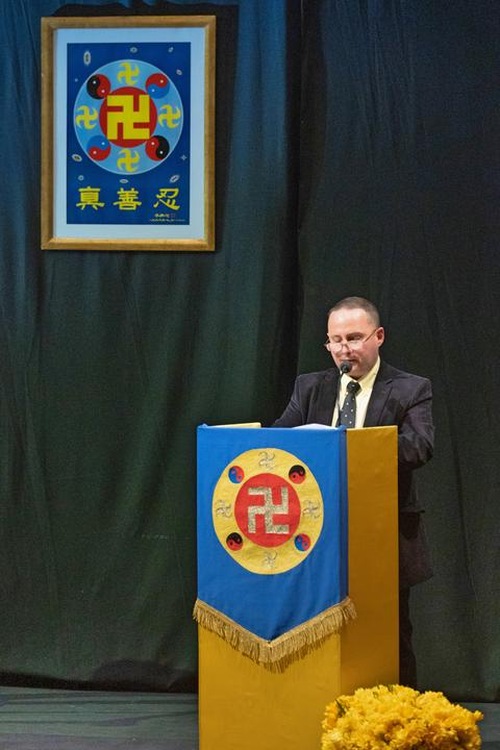 Practitioners share how they looked within to find and eliminate their attachments.

José Raúl Rodríguez Rangel was a medical doctor in Cuba. Two years ago, when he attended a meeting in Argentina, his family told him that he couldn’t return to Cuba. The Cuban police were looking for him because he had published an article that was critical of communism. So, he had to stay in Argentina, working odd jobs as an illegal alien. In his most desperate moment, he met a practitioner who introduced Falun Dafa to him two years ago. José started to study the teachings and practice the exercises. He even introduced the practice to his friends in Cuba.

José applied for asylum even though he knew that no Cuban had ever been approved in Argentina before. This May he got a notice that his asylum status was approved. He noticed that the approval date was May 13. “It was Master’s birthday, and Master gave me a present,” he said. His friends in Cuba told him that he was unbelievably lucky. José is determined to do the three things well, because that is what Master would want him to do.

José Bravo, a retired judge in Argentina, thanked Master for teaching him how to accept different opinions by looking within. As he studied the teaching of Falun Dafa, he realized that he had been a very selfish person before he began practicing Dafa.

Ana Gonzalez was introduced to Falun Dafa towards the end of her high school years. Before that she had doubts about life, tried drinking alcohol, and had depression. One of her doctors recommended Falun Dafa to her and she was never the same again. She finally understood the meaning of life, how to tell right from wrong, and how to constantly correct herself and let go of her attachments. Ana shared, “If it wasn’t for Falun Dafa, I would be like so many other young people these days, doing things that they are not supposed to do and having no purpose in life.” She wants to seize the time and do better on her cultivation path.