Having Weathered the Persecution for Two Decades, Falun Dafa Practitioners Thank Master Li Hongzhi for His Guidance and Wish Him a Happy Moon Festival

(Minghui.org) Another Moon Festival (which fell on September 13th this year) has arrived as Falun Dafa practitioners work tirelessly to raise awareness of the persecution of their faith, a spiritual discipline based on the principles of Truthfulness-Compassion-Forbearance.

On this special occasion, many practitioners sent in warm greetings to wish Master Li Hongzhi, the founder of Falun Dafa, a happy holiday. They expressed their deep gratitude to Master Li for his guidance in helping them weather the persecution. They vowed to keep up their efforts to help more people understand the illegality of the persecution and appreciate the goodness of Falun Dafa.

Falun Dafa practitioners' efforts have enabled many to see the injustice being carried out against innocent people who only want to live by the principles of Truthfulness-Compassion-Forbearance and be good. Some non-practitioners even picked up the practice of Falun Dafa themselves. One police officer in Ningxiang City, Hunan Province, used to arrest practitioners in his area, but he quit his job when he understood what Falun Dafa is all about. He is now a proud practitioner himself. He wrote in his greetings that he was indebted to Master Li for giving him a chance to cultivate Falun Dafa.

While people all around China celebrated the holiday, many Falun Dafa practitioners were unable to reunite with their families. A practitioner in Liaoning Province was forced to live away from home to avoid being arrested for refusing to renounce Falun Dafa. He wrote in his greeting that he was fortunate enough to have attended Master's Fa-teaching lectures years ago and that he felt Master was by his side at all times even though he remains destitute because of the persecution.

A practitioner in Gongzhuling City, Jilin Province, attended college in Changchun City, Jilin Province—Master Li's birthplace, where Falun Dafa was first introduced to the public—for four years. She regretted having missed the opportunity to learn about Falun Dafa during her college days. Fortunately, she became a Falun Dafa practitioner two years after she graduated. She has never gotten a chance to see Master Li in person but she feels his immense compassion every time she listens to Minghui radio stories of other practitioners recalling their experience of attending Master's lectures.

In addition to the above practitioners, many others in the same local Fa-study groups or from the same families also sent in their greetings to Master Li. 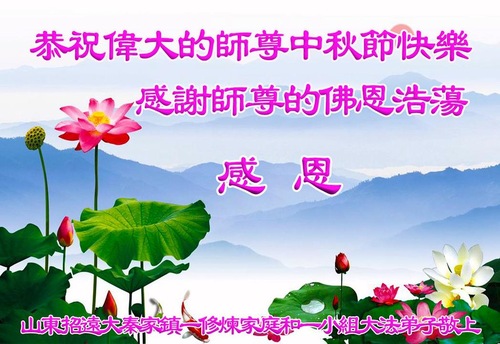 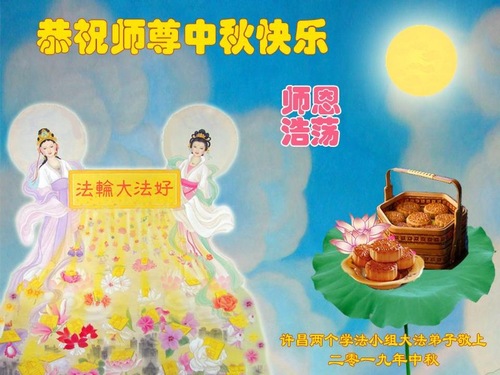 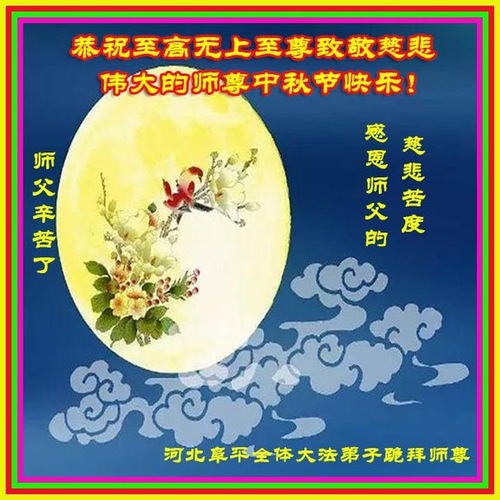 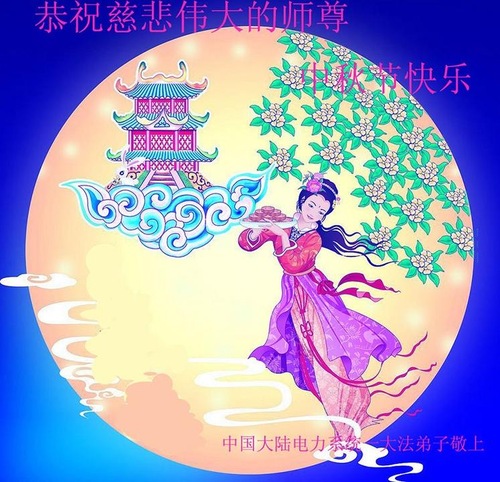