(Minghui.org) Today, September 13, is the traditional Chinese Mid-Autumn Festival (also known as the Moon Festival). Occurring on every August 15 in the Chinese Lunar Calendar, it highlights family reunion and happiness. On this special occasion, Minghui received a large number of greetings from Falun Dafa practitioners in China along with their family members, wishing a Happy Moon Festival to Mr. Li Hongzhi, the founder of Falun Dafa.

From physical health to spiritual enlightenment, from young children to seniors in their 90s, from college students to professionals in various industries, these people have witnessed how the principles of Truthfulness-Compassion-Forbearance have improved moral values and benefited society in general.

One resident of Jingzhou County, Hunan Province, is in his 70s. At age 6, the Chinese Communist Party officials hung up his parents for humiliation in public because of their wealthy background. To protect this young child from being physically and mentally abused, his father hid him in a remote mountain, leaving him with nothing to drink or eat. As a result, in the past several decades the entire family had a mixed feeling of fear and hatred towards the CCP.

This man deeply believes that the righteous will prevail. “Having lived for over 70 years and experienced the calamities caused by the CCP, I know that our world needs the principles of Truthfulness, Compassion, and Forbearance. I also hope more people would say no to the Party so that they too will be blessed for a better future. Thank you so much Master Li!” he added.

A greeting was also received from 37 practitioners and their 49 family members from a group who studies the Falun Dafa teachings together in Tianjin City. The practitioners discipline themselves with the principles of Truthfulness, Compassion, and Forbearance, and have been telling people about Falun Dafa and the persecution in China. Through their efforts, some practitioners who had stopped earlier due to the suppression have resumed practicing the meditation system. “All of us, old and young, practitioners and family members alike, wish Master Li a Happy Moon Festival!” wrote the greetings. 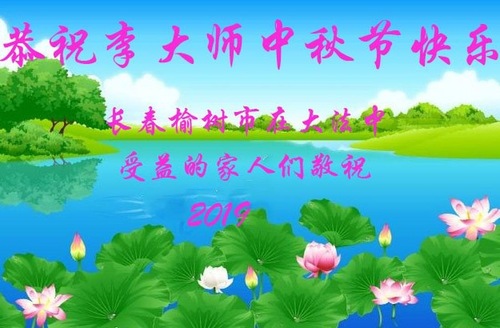 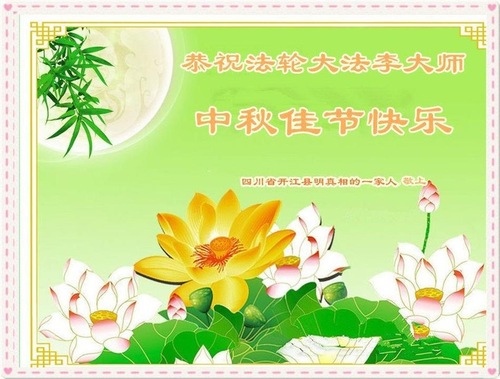 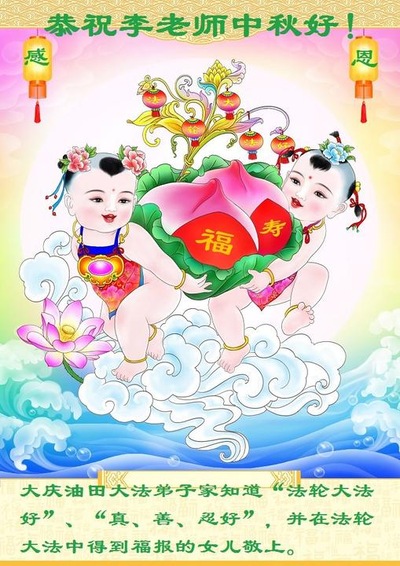 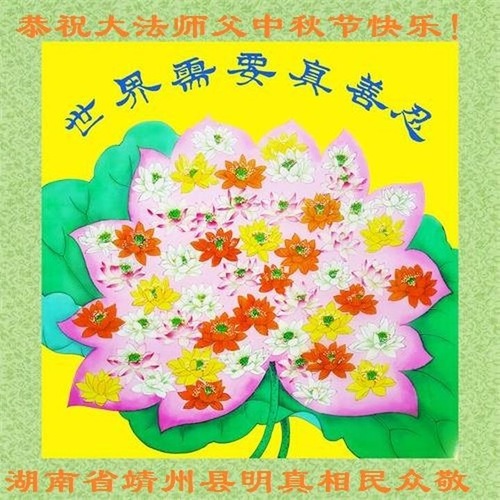 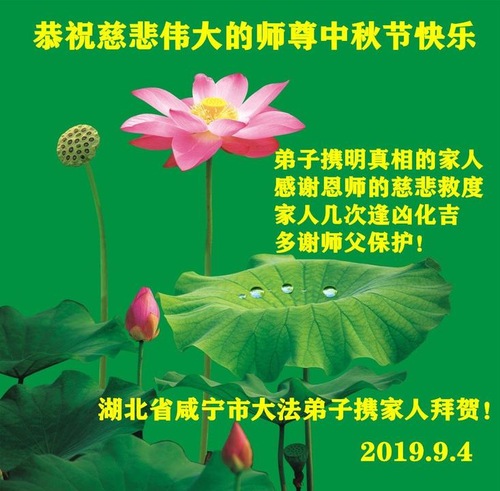 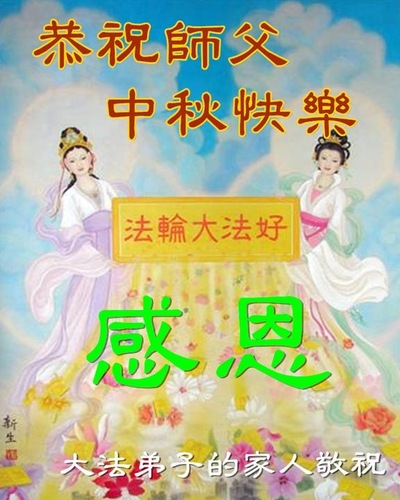 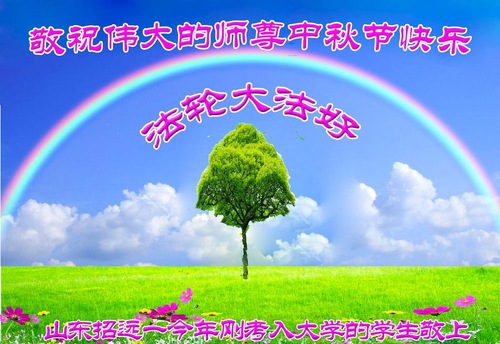 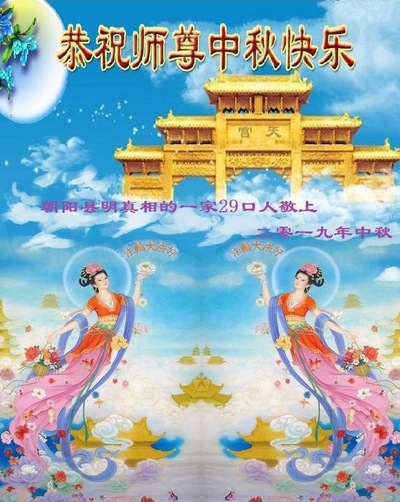 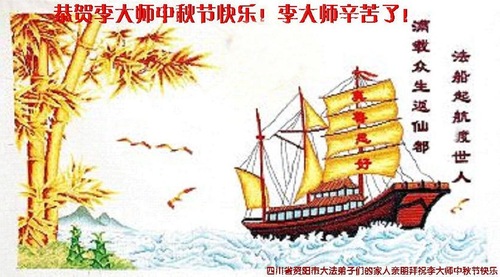 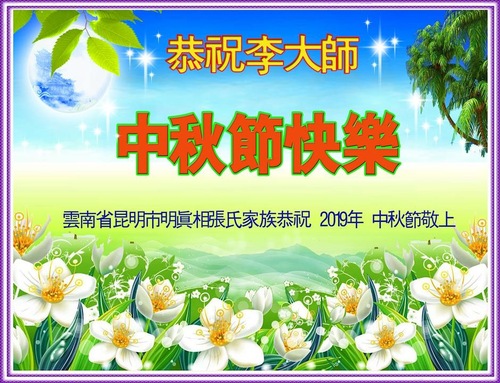 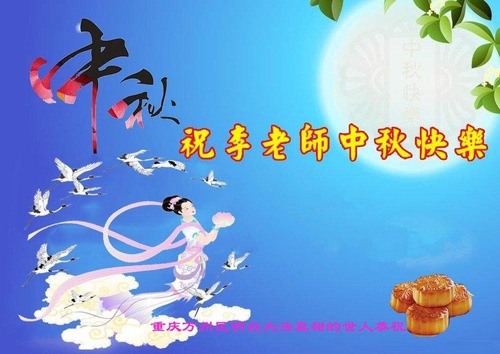 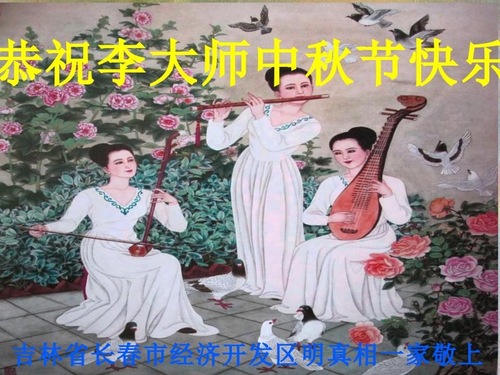 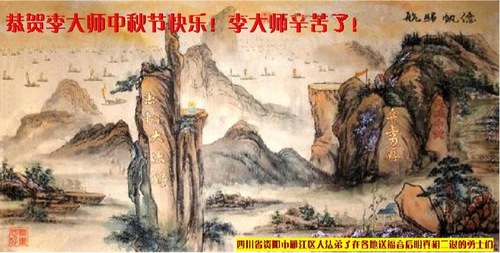 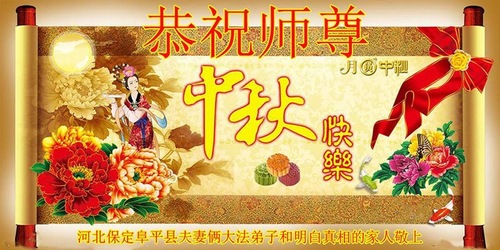 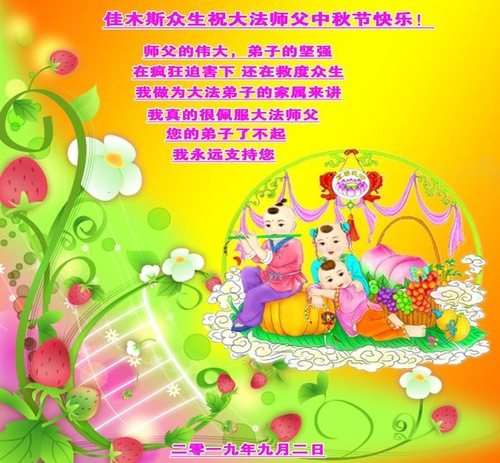 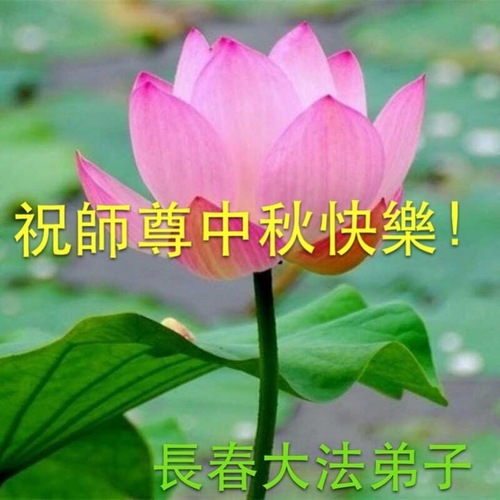 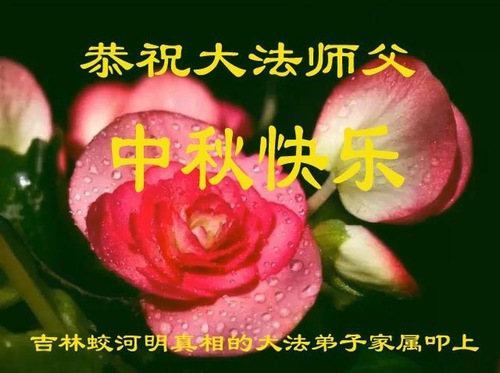 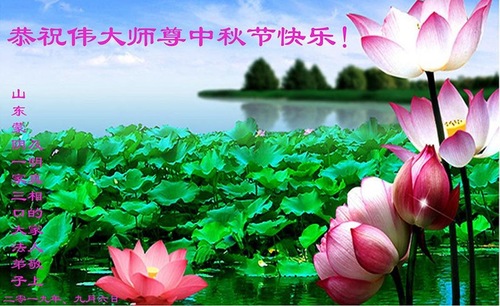 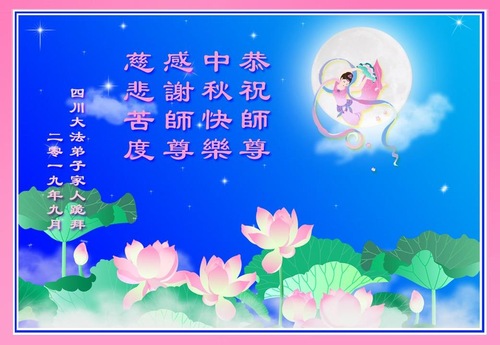 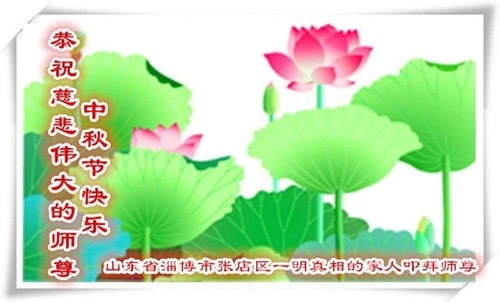 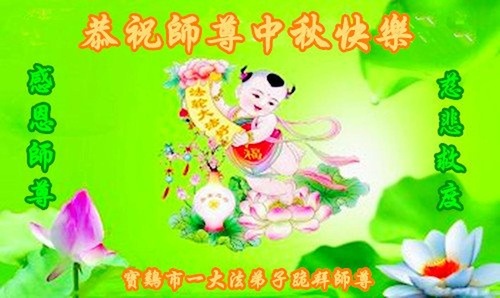 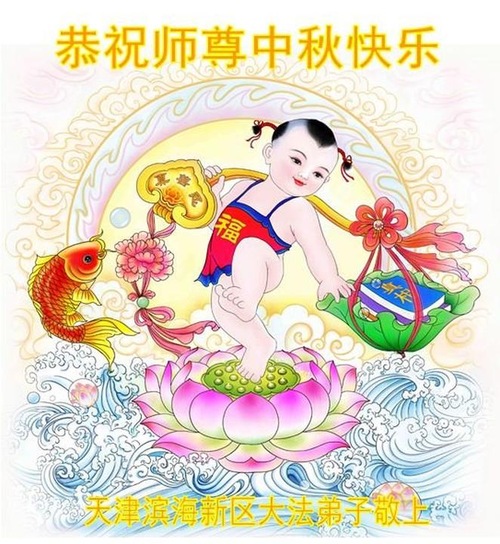 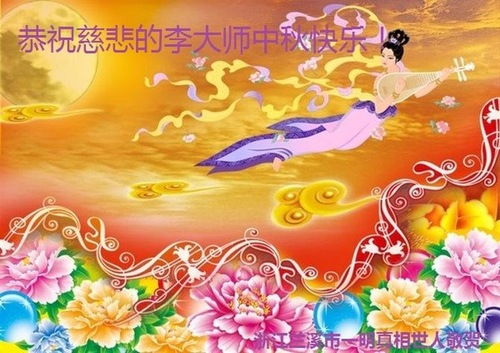 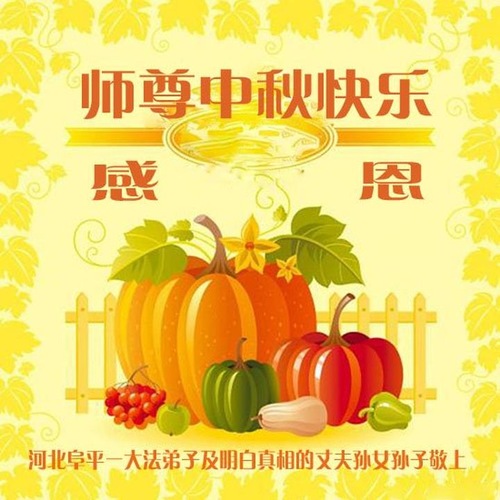 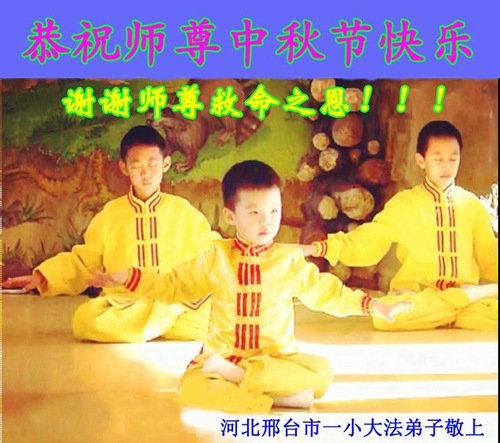