Toronto: Practitioners Express Their Gratitude to Master at the Moon Festival 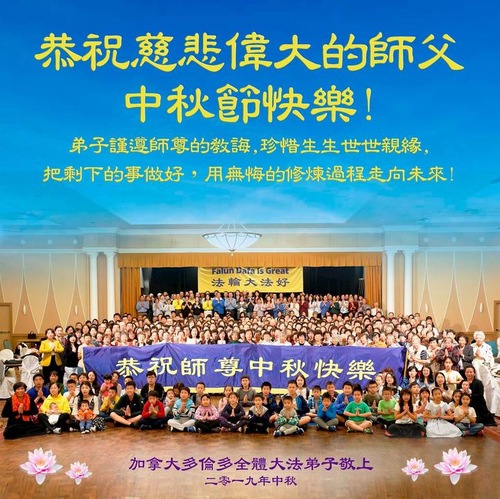 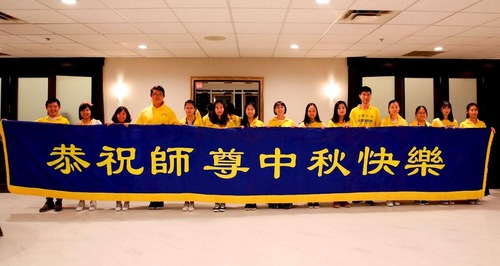 Young practitioners in Toronto have cultivated with their parents since childhood. Some resumed and started to practice Falun Dafa recently. All of them treasure the opportunity to cultivate Falun Dafa and expressed their deep gratitude for Master's compassion. 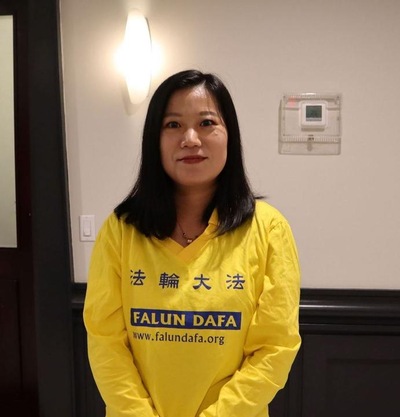 Teresa started practicing Falun Gong in May of 2019. She said, “I would like to thank Master for introducing such an extraordinary cultivation practice to the world! I'm fortunate to learn about Dafa and cultivate!

“My mother began to practice Falun Dafa when I was an elementary school student. I didn't know the meaning of Dafa but did the exercises with her a few times and listened to her read Zhuan Falun. My mother always tells me to be a good person and follow Master's teachings. When my parents went out of town in May this year, I stayed home alone. My mother told me, 'Read Zhuan Falun.' My predestined relationship with Dafa officially started then. I read the book for the first time and learned the true meaning of life!

“After I started my genuine cultivation, I experienced a great change in my health and my xinxing within a few months. I was diagnosed with severe cervical spondylosis, which made me dizzy and want to vomit when I did no more than clean the floor. Before the week was over, after I started studying the Fa, I cleaned the house all day and didn't even feel tired.

“I also kept improving my xinxing. At work, I used to think I worked much harder than my business partner. While I developed new customers and handled paperwork every day, she showed up late, left early, and did not do much.

“I used to think it was unfair and complained to my friends and family. After I started cultivating myself, I looked inside and found that my business partner didn't do that on purpose. She was often sick and had to take time off to take care of her younger sister. She had basically shouldered everything in her family. I became considerate of her and got rid of my grievances.

“After I let go of my attachment, my business partner no longer showed up late, left early, or took off a lot. Compassionate Master must have made this arrangement for me to improve my xinxing!”

Resuming Cultivation Outside of China 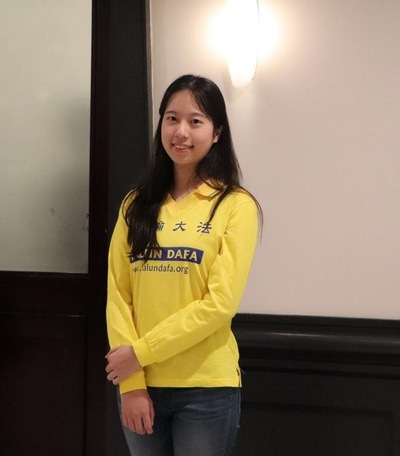 Pertina Wang from Taiwan first practiced Falun Dafa with her mother in 2003.

“I had just started kindergarten,” she said, “but was diligent in my cultivation. I slowly drifted away from Dafa as I grew up, especially after I moved to Canada. My sister became diligent again after she watched a Shen Yun show. I didn't want to be left behind. Many other things, such as my frustrations in college, also made me want to read Zhuan Falun. The Fa gave me answers and helped recenter my life. There was a period of time when I behaved like a rebellious college kid. I lost my temper so easily. One time, I screamed at my sister, but I regretted it afterward.”

Purtina learned how to look within for her shortcomings after she resumed her cultivation. She really enjoys the great cultivation climate of the young Falun Dafa practitioners’ group. She participates in group exercises, Fa study sessions, and proect work to clarify the facts about Falun Dafa.

Purtina wanted to tell Master, “Thank you, Master, for not leaving me behind! I have made many mistakes, but Master has always redeemed me! I sincerely thank Master and want to do better in following your teachings!” 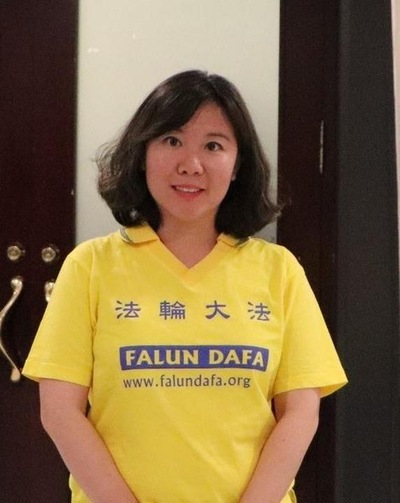 Ge Zifang knows why she is cultivating.

Ge Zifang, a young practitioner, said, “My parents began to cultivate in 1996. My mother often told me cultivation stories and took me to her Fa study group. I formally started cultivating according to Truthfulness-Compassion-Forbearance in the summer of 1997.

“My parents were persecuted for practicing Falun Dafa when I was in the 8th grade. I was also discriminated against. I felt deeply hurt. Considering my safety, my parents decided to send me to study abroad in January of 2003. After leaving the cultivation environment at home, I dived into a busy student life in Canada and gradually slacked off in my cultivation.

“I was fortunate to attend the Falun Dafa Experience Sharing Conference in New York in 2014, which helped me find my motivation for cultivation.

“I’ve measured myself by the standard of a cultivator ever since I resumed my cultivation. During the time I slacked off, I wasted a lot of time playing around and dressing up.”

“Now I spend almost every weekend on the three things and look within whenever conflicts arise. I used to think things were unfair, but I can now face anything with a calm mind. My colleagues call me ‘Sunshine’ and praise me for being so positive. Cultivation of Falun Dafa is the reason for my changes. Master has taught us to put others’ needs first and changed me into a sincere and thoughtful person!”

Young Practitioner's Father Imprisoned for His Faith in China 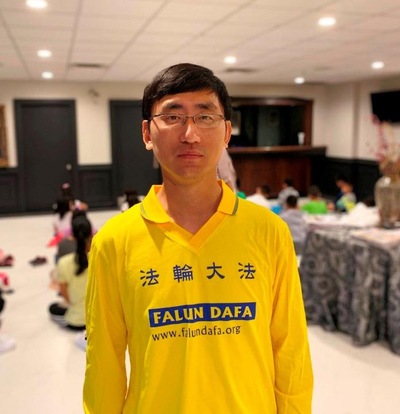 Recounting his cultivation, Li Zhe said, “I learned about Falun Dafa in China from my father in 1996 but didn't start cultivating back then. I immigrated to Canada with my mother at 13. I found a job in China in 2009, so I could see my father. He was released in 2012. We lived peacefully together for two years. Father cultivated based on the principles of Truthfulness-Compassion-Forbearance and did the exercises every day. He gradually regained his health after his release from prison.

“Father and I often went to a nearby tea shop and chatted about cultivation and his understanding of the Fa. He said that he treasured the time with me. ‘As your father, I have to leave you the most righteous thing in the world.’

“It was during the time I lived with my father that I re-connected with cultivation. When I opened the book and read the preface, On Buddha Law, and the first section of the first lecture, the meaning of Dafa dawned on me. I realized the meaning of life was to return to our true origin. I regretted having wasted so many years!

“Father and I were telling people about Falun Dafa in Longquanyi Village on April 12, 2014, when local police arrested us. Because I'm a Canadian citizen, I was repatriated to Canada, but my father is still imprisoned in the Longquanyi Detention Center today. He recently lost the sight in his left eye.

“The Moon Festival reminds me of the famous poem by Su Shi:'So let us wish that manWill live long as he can!Though miles apart, we’ll share the beauty of the Moon.'

“I look forward to the day I see my father again! I'm grateful for the opportunity to cultivate, I wish Master a happy Moon Festival!”