Germany: Falun Gong Practitioners Introduce the Practice at One of Berlin's Historic Attractions

Many tourists had come to hear the Berlin Philharmonic Orchestra during an outdoor concert at the Brandenburg Gate that evening. Practitioners continued talking to people until 10 p.m. Several people signed the petition protesting the persecution. 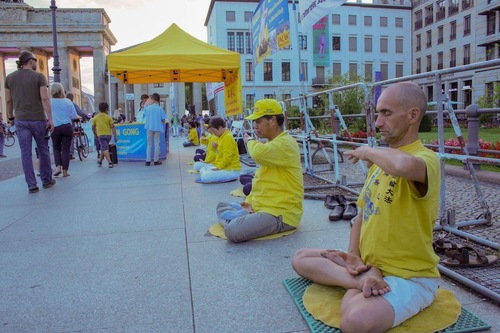 Falun Gong practitioners set up a stand and demonstrated the exercises near Berlin's famous Brandenburg Gate on August 24, 2019. 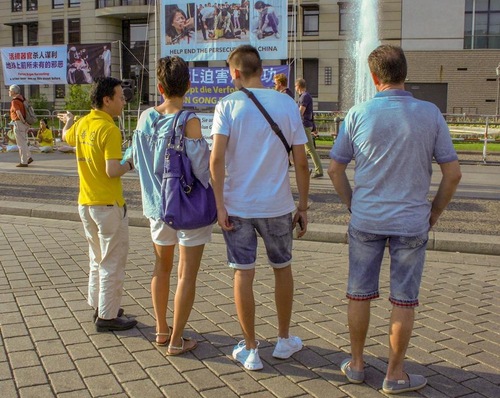 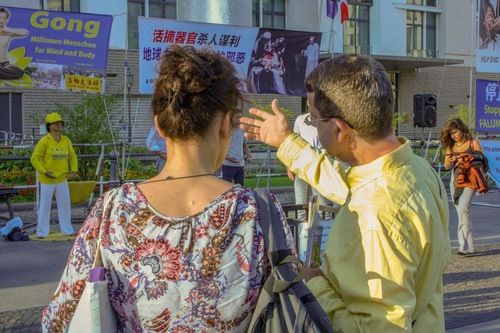 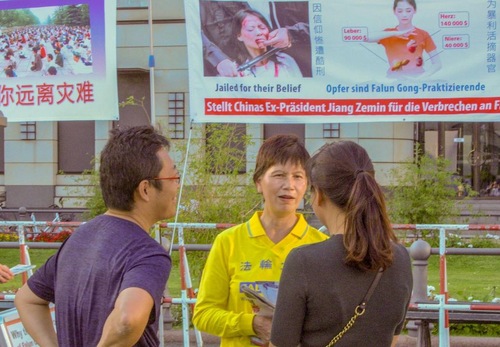 Passers-by stopped and learned about Falun Gong and how the CCP is persecuting practitioners. 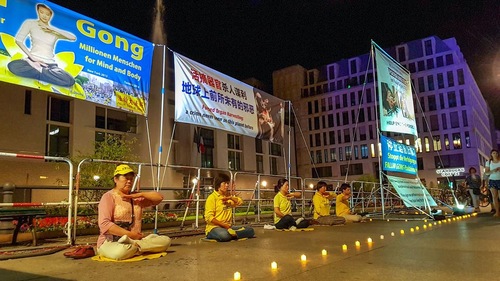 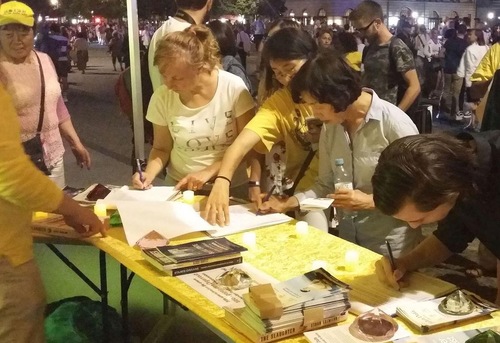 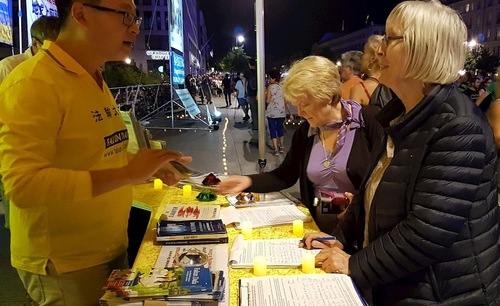 Since it took about two hours to enter the concert venue, people had ample time to learn more about the practice. They talked with practitioners and several people signed the petition to protest the CCP's persecution.

After Christiane learned the extent of the persecution, she said, “The CCP seems to be powerful, but is actually weak. The CCP's persecution of Falun Gong is a manifestation of its weakness. The Party's need to resort to violence shows how weak and unstable it is.”

Monika was saddened and moved to tears when she learned of the persecution of practitioners. Undergraduate student Phillip said that he felt great sympathy for the practitioners and signed the petition.

“Australia: Practitioners in Queensland Share How They Improved While Responsibly Performing Their Duties”