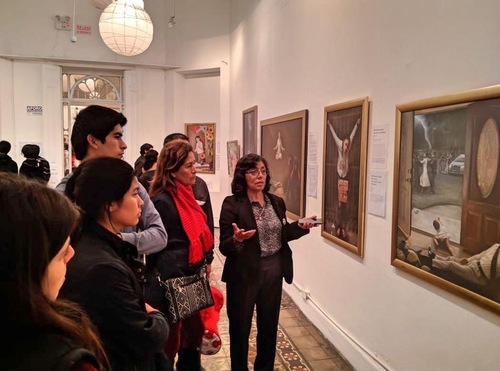 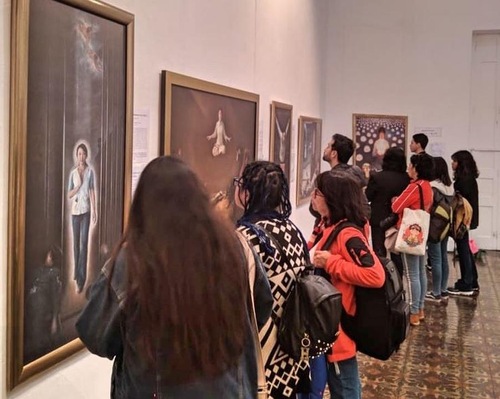 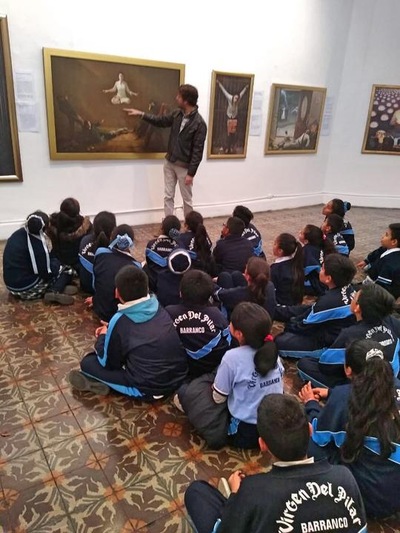 Three hundred and eighty students from eight schools in Barranco were brought by their teachers to view the paintings and listen to practitioners’ explanation. 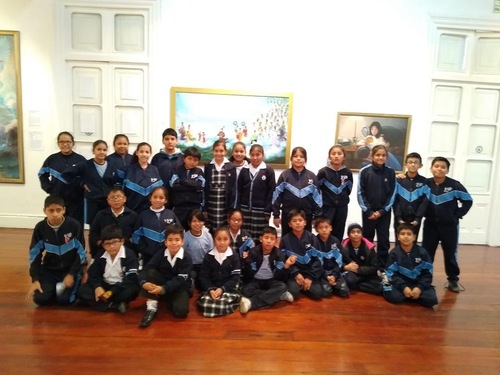 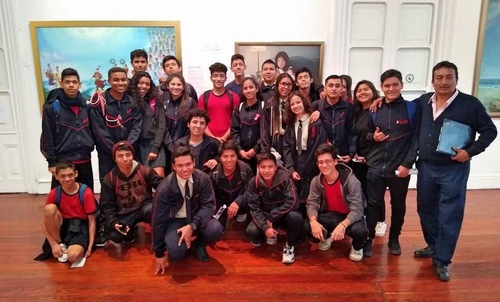 Teachers and their students have their photo taken after viewing the artworks.

Pedro Macurí Luna, Vice Director of Department of Education and Culture, Barranco, wrote to the Peru Falun Dafa Association and praised their contribution to the community. He wished the exhibition great success. 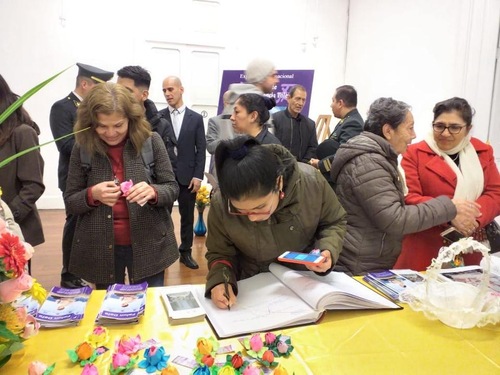 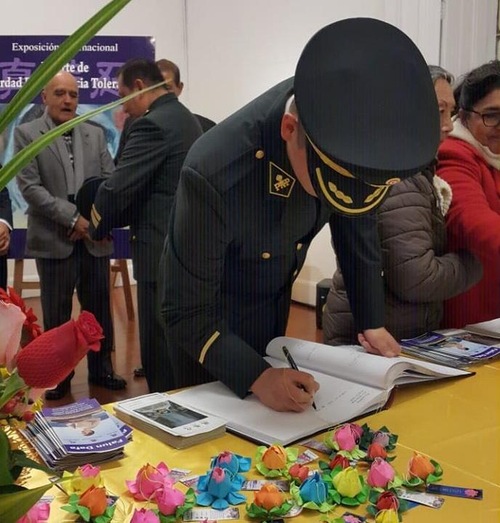 A local radio station, Radio X Web, interviewed Falun Gong practitioner Francisco Vilela during the exhibition. Vilela said the exhibition was very meaningful. He mentioned that 2019 is particularly significant, as it marks 20 years of the CCP's persecution of Falun Gong, as depicted in the artworks.

“Fortunate to be Protected by Falun Dafa”