Australia: Demonstrating the Beauty of Falun Dafa at the Toowomba Multicultural Festival in Queensland

(Minghui.org) Falun Dafa practitioners were once again invited to participate in the annual multicultural festival in Toowoomba in Queensland, Australia on August 11, 2019. Dressed in bright yellow jackets, practitioners demonstrated the five sets of exercises, attracting the attention of many event-goers. 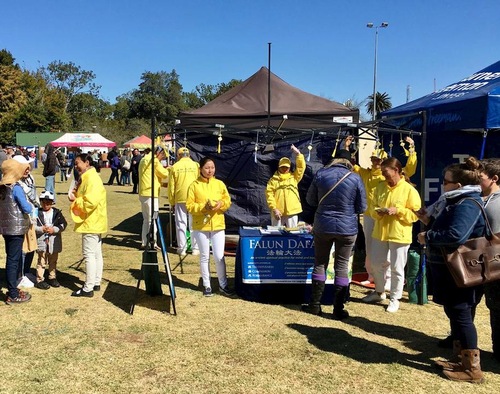 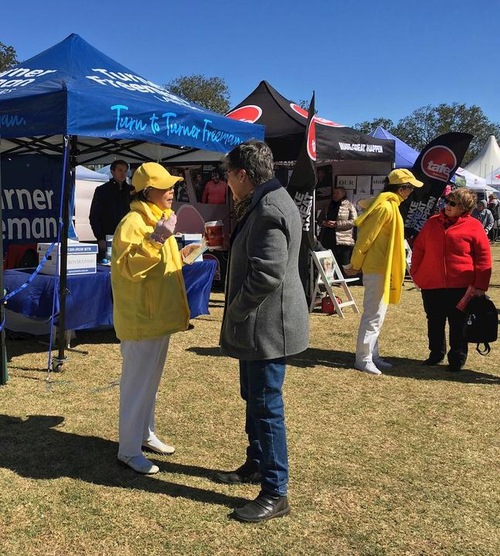 People learn about Falun Dafa at the Toowoomba Multicultural Festival held on August 11, 2019.

“No one should be persecuted for their belief” 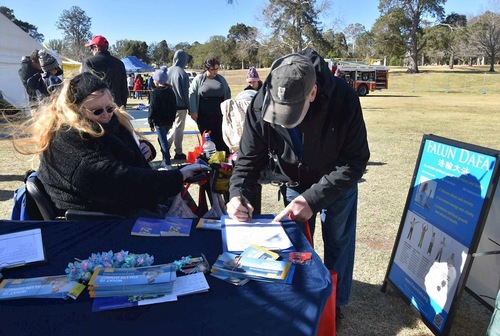 Karen Smith (left) and her friend sign the petition to stop the persecution in China.

Curious, Karen Smith stopped to learn about Falun Dafa. She was surprised when she was told the peaceful meditation practice is persecuted in China. When she learned that hundreds of thousands of practitioners were tortured for their belief, she immediately signed the petition calling for an end to the atrocities. Her friend also signed the petition. Before leaving Karen said, “No one should be persecuted for their belief.” 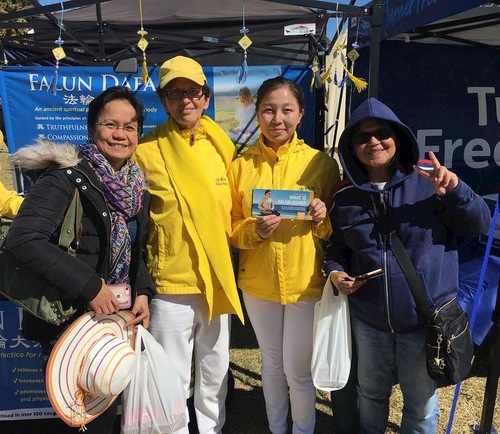 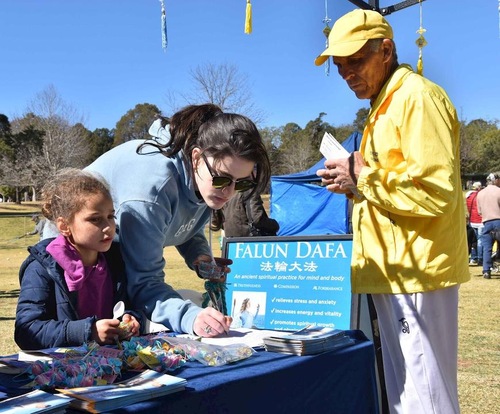 A woman signs the petition calling for an end to the persecution in China. 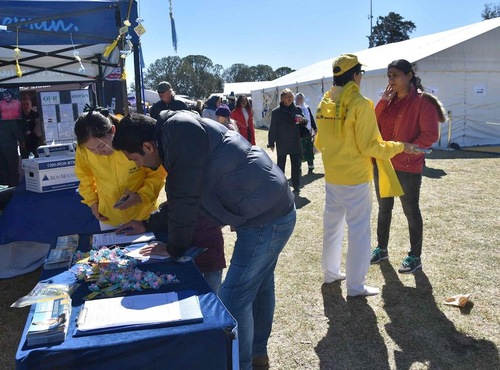 A man (second left) and his wife (first right) talk to practitioners about Falun Dafa. They signed the petition and encouraged practitioners to continue raising awareness.

A man from India read the petition carefully and asked several questions. After listening carefully, he and his wife decided to show their support by signing the petition.

A student from Nepal studying at South Queensland University was very interested in learning Falun Dafa after a practitioner told her how it helped him quit smoking. Many people asked where they could learn the exercises. 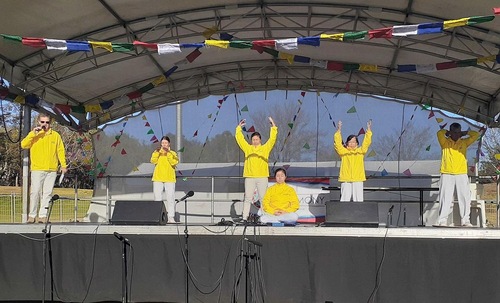 Practitioners were invited to demonstrate the exercises on stage.

Five practitioners were invited to demonstrate the exercises on stage in the afternoon. John David, a Western practitioner, introduced each of the exercises and shared about the benefits he and his wife have experienced through practicing Falun Dafa. His speech was well received and applauded by spectators.

“Berlin, Germany: Series of Events Raise Awareness of the Persecution in China”