Learning Falun Gong at a Summer Festival in London, Canada

(Minghui.org) Falun Gong practitioners in Canada participated in the annual Ribfest in Victoria Park in downtown London, Ontario, from August 1 to August 5, 2019.

The five-day festival attracts 200,000 people each year, and many of this year's festival attendees showed great interest in learning Falun Gong after coming across the traditional self-cultivation practice.

Many people also expressed their wish for an end to the persecution of Falun Gong in China, and were particularly saddened to hear of the CCP's atrocities of harvesting organs from living Falun Gong practitioners. 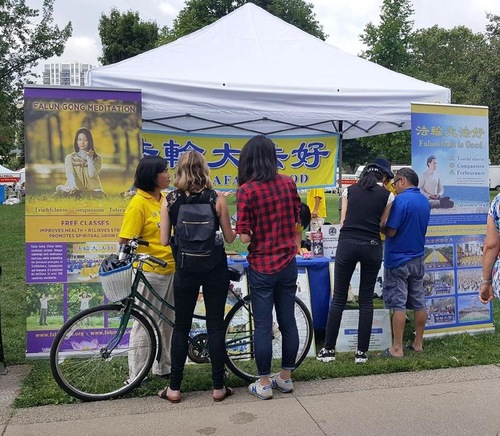 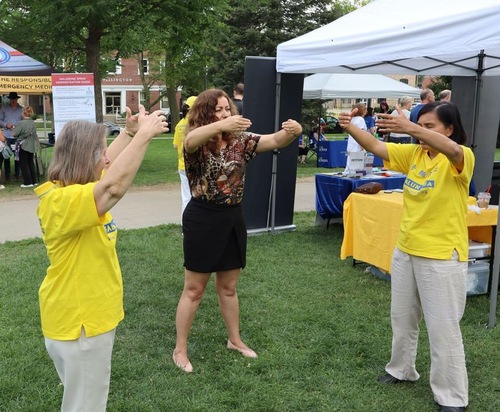 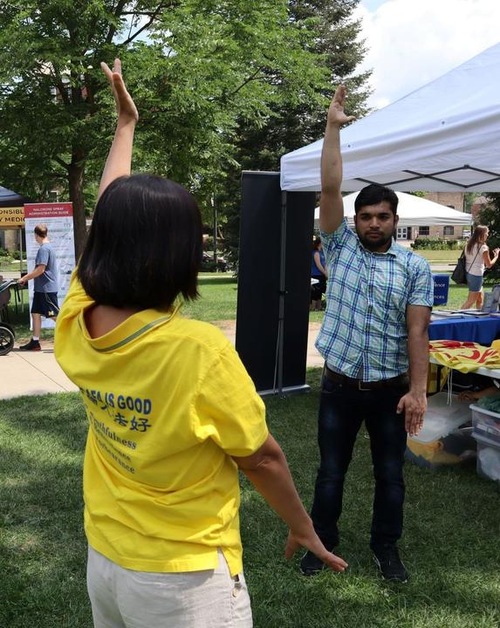 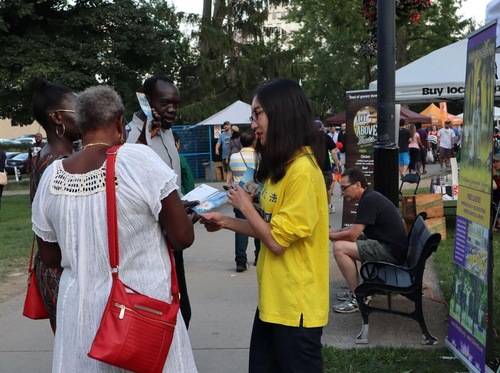 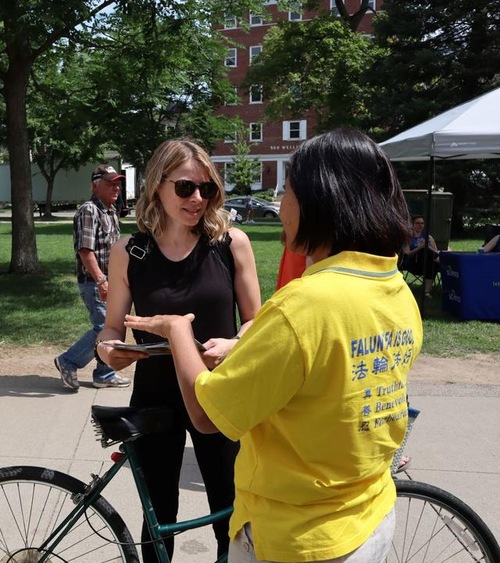 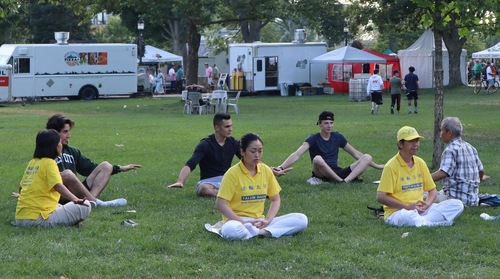 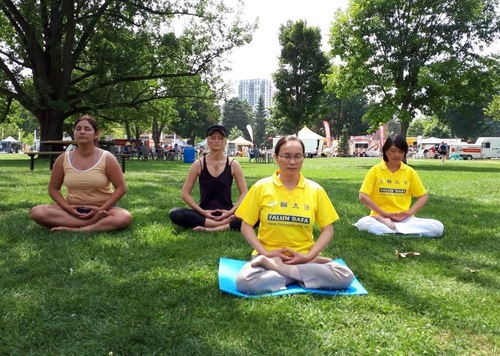 Mrs. Li approached a practitioner at the Falun Gong booth and said, “I know Falun Gong teaches compassion. The persecution in China is so evil! It was rampant in the initial years. They visited households door-to-door to see if anyone practiced Falun Gong and took practitioners away if they found any. The good will be rewarded and the evil will punished. The CCP will receive retribution for sure!”

Local residents Gordon and his wife Deborah were appalled by the horrible acts carried out by the CCP during the persecution of Falun Gong. Deborah was acutely aware that the CCP had violated the human rights of countless people throughout its history.

Gordon said, “I'm strongly opposed to the persecution! We have signed the petition [calling for its end].”

Another local resident named Adam joined a group of people to learn the Falun Gong meditation. “I feel very relaxed after doing the exercises,” he said. “It cleansed my negative thoughts. I like it very much! I would like to continue learning.”

When a practitioner started to talk to him about the persecution, Adam said, “I know what's happening in China. Those who fight for their freedom are imprisoned or killed.” He said that the organ harvesting crimes must stop no matter what. He planned to find out more about Falun Gong after the festival.

'It Gave Me a Great Peaceful Feeling' 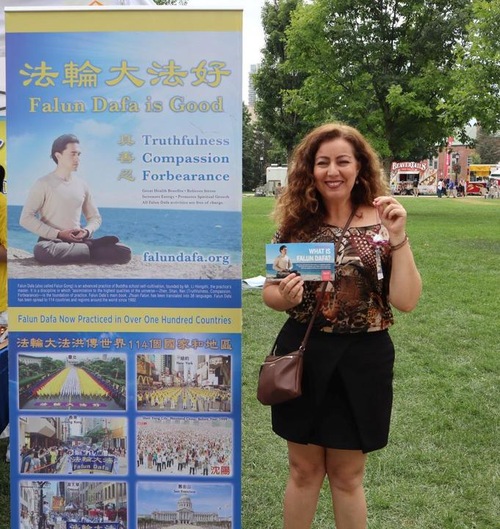 Ana enjoys the great feeling of practicing Falun Gong after learning some of the exercises.

Ana, who is originally from Brazil, learned the Falun Gong exercises during the festival. “I felt like I had to concentrate when I did the exercises,” she said. “It gave me a great peaceful feeling!”

She couldn't believe her ears when she was told that such a beneficial exercise was persecuted in China by the CCP. She signed the petition to call for an end to the persecution in China. 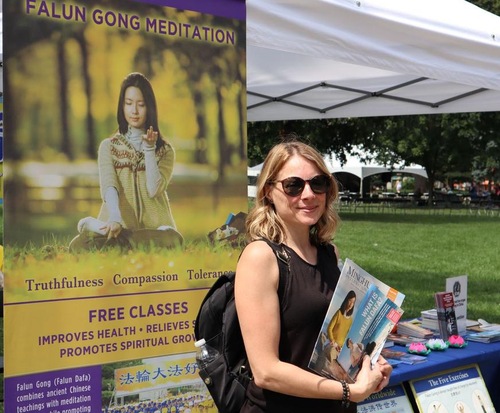 Erin would like to learn Falun Gong at a group exercise site.

Nahin signed the petition and planned to find out more about Falun Gong.

“Liaoning Woman Sentenced to Four Years for Her Faith”