This is the fourth time that practitioners from Poland and Germany participated in the popular festival, and they introduced the ancient spiritual practice to thousands of visitors. 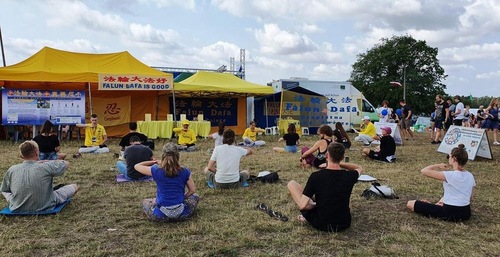 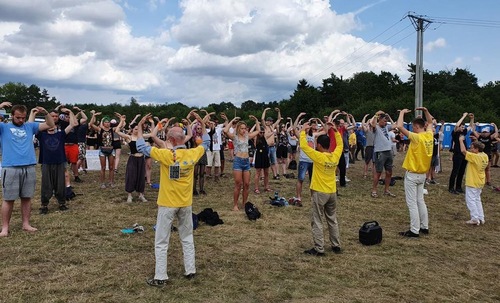 Many people stopped and learned the exercises. 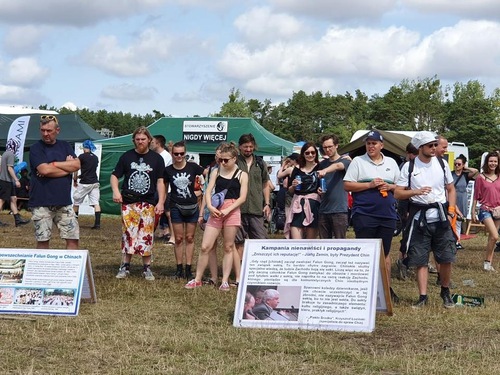 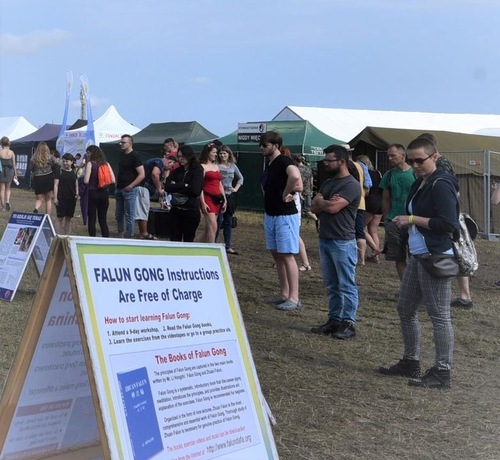 Visitors read the materials and learn about Falun Gong. 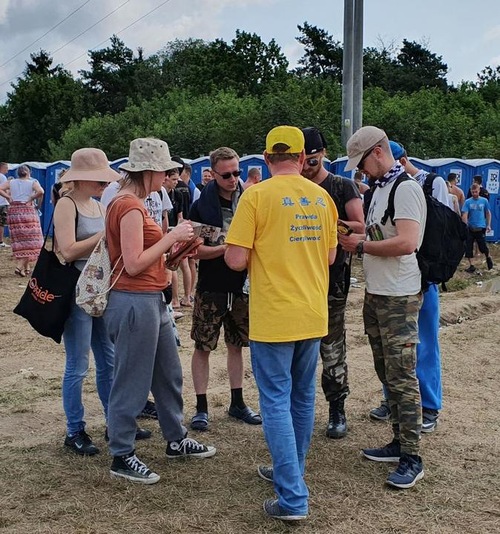 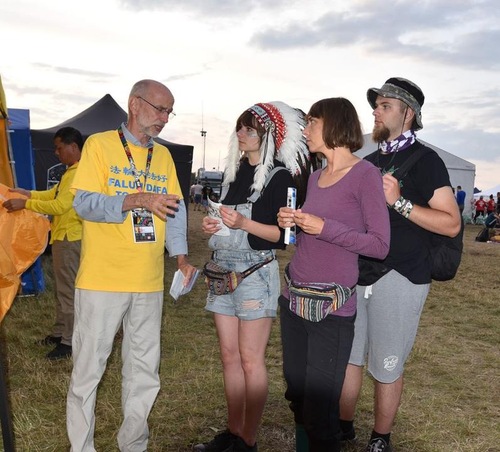 This year, practitioners passed out 8000 flyers, and sold all the copies of The Great Way of Spiritual Perfection (the introduction to the exercises) and many copies of Zhuan Falun (the main book of Falun Gong's teachings).

“Every note of your music touches me.”

On opening day, many people waited in lines in front of the Falun Dafa booth. They helped practitioners to set up their tent, and asked for the contact information about the exercise sites.

At the peak, practitioners held five simultaneous workshops to meet the demand. Some people returned and joined the workshop multiple times.

“I truly felt the strong energy field. This is something I've never experienced. Wonderful!” a young Polish man told practitioners.

Another young man listened to the exercise music for a long time, and then joined the exercises.

He said, “Although the rock & roll music here is very loud, I don't notice it. But every note of this Falun Gong music touches my heart, my mind, and my soul. It's really beautiful. You are great people.”

On the last day of the festival, one young man kept jumping up and down excitedly after he finished all five sets of exercises. He explained, “The Falun Gong energy is so strong. I feel very powerful. The last set of exercise (sitting meditation) is especially amazing. When I finished it by holding my hands together, I felt like I was going to fly. So wonderful!”

He had joined a workshop multiple times during the festival. He asked for more materials, because he wanted to continue doing the exercises at home. A practitioner told him that all the books, music, and exercise instruction can be downloaded for free from falundafa.org, where people can find versions in many languages.

He thanked the practitioners, and expressed support for their peaceful resistance to the persecution. 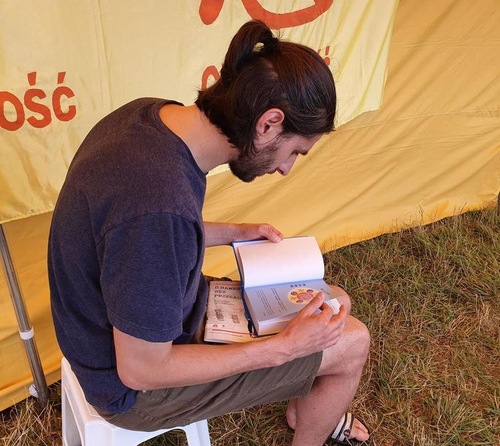 After another young man read all the materials at the practitioners' booth, he began to read Zhuan Falun.

He said, “I'm very interested in meditation, but I believe that Falun Dafa is way beyond any conventional meditation. It is much more profound.”

He added, “I just read the preface of Zhuan Falun, On Dafa (aka Lunyu). I felt connected to the universe. I think every one of us has Buddha nature.”

“We must not keep silent”

Besides teaching the exercises, practitioners also collected signatures on a petition that calls on the Polish government to pay attention to and condemn the 20-year long persecution of Falun Gong in China, especially the state-sanctioned organ harvesting from living practitioners.

More than 1000 people signed the petition during the festival.

Maciej read practitioners' materials and signed the petition. He said, “The communist party is really evil. The persecution is too brutal. When I went to Xinjiang, China, six months ago, I felt the suppression. The people in China live in an abnormal environment. Every government in the world should help you to disintegrate this evil party. I support you.” 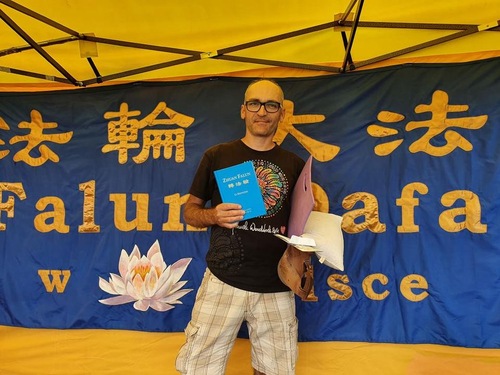 Bartosz wants to learn the exercises. He bought a copy of Zhuan Falun, and signed the petition. “The persecution is horrible. It must be ended now,” he said. 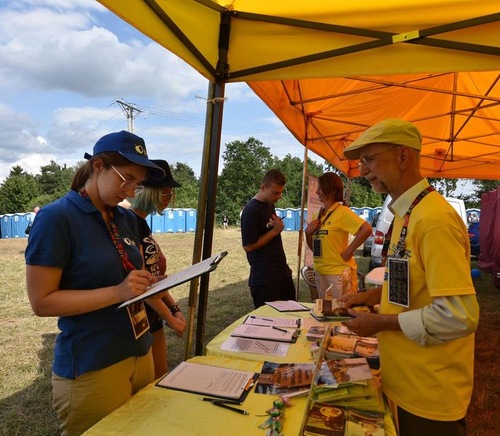 Julia (left) signed the petition. She said, “I know that all the spiritual movements are banned in China, but I didn't know the persecution of Falun Gong was so bad until I read your display boards. We cannot let this go on. We must not keep silent. I signed the petition.” 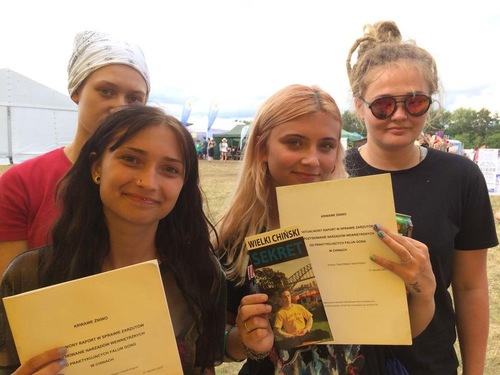 Ania, Marta, Daria, and Oliwia (from left to right) all signed the petition. “We whole-heartedly support Falun Gong, and we hope this most evil persecution in the world will end soon,” Ania said.

“Sichuan Woman Dies While Serving Time for Not Renouncing Her Faith”