(Minghui.org) Falun Gong practitioners regularly participate in local community events to introduce the practice and to raise awareness of the Chinese Communist Party's (CCP) persecution. At these events practitioners typically demonstrate the exercises, clarify the truth, and collect signatures from those who wish to help end the persecution.

The following are reports from events in Pennsylvania and Vermont in the United States, Vienna in Austria, and Pune in India.

The annual Jubilee Day in Mechanicsburg, Pennsylvania is the largest street market with the longest history on the East Coast of the United States. The 91 st Jubilee Day street market was held on Thursday, June 20, 2019. Three hundred twenty-five businesses and groups participated in the event. The organizers estimate that about 70,000 people attended. 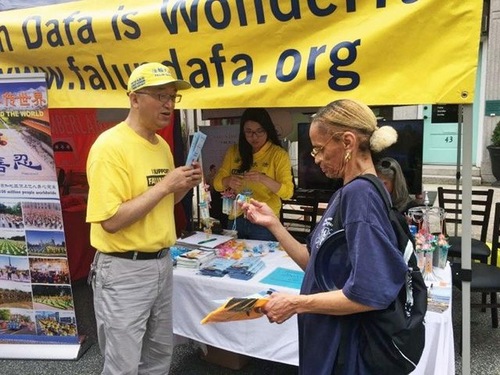 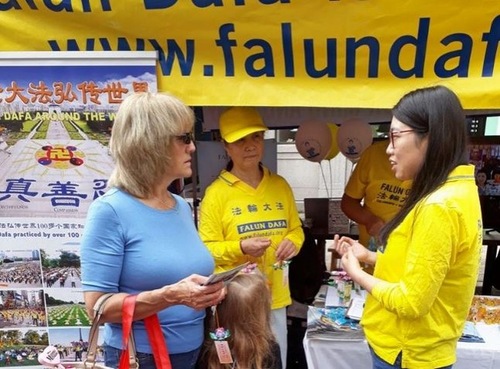 Falun Gong practitioners introduce the practice to the public. 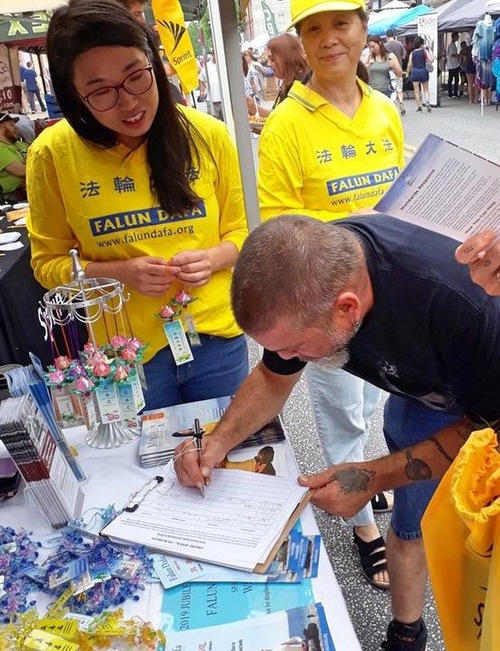 A visitor signs a petition calling for an end to the CCP's persecution of Falun Gong.

Practitioners distributed more than 1,300 flyers during the street market. Many visitors were deeply saddened to hear that the CCP has been carrying out state-sanctioned live organ harvesting from Falun Gong practitioners, and many people signed a petition to protest the persecution.

Burlington is the largest city in the state of Vermont. The Church Street Marketplace is an open-air mall located in the city's downtown area and is a well-known tourist attraction.

Falun Gong practitioners held a march at the Church Street Marketplace on Saturday, June 22, 2019. They also demonstrated the exercises and raised awareness of the CCP's persecution. 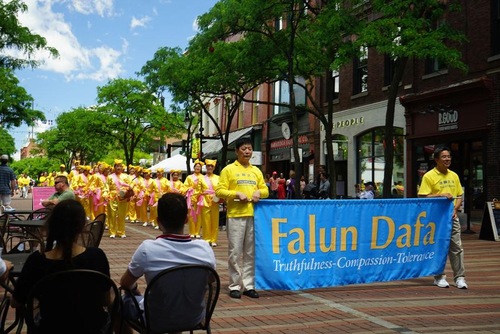 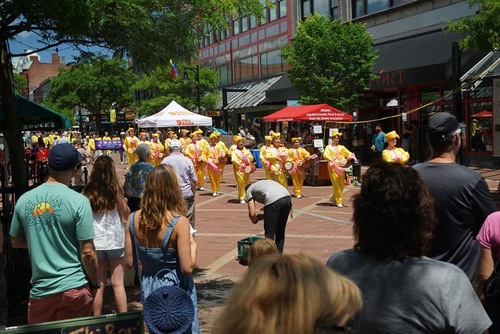 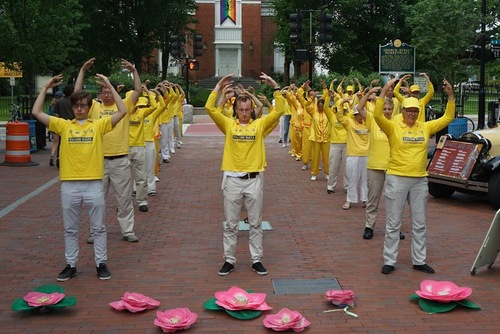 Demonstrating the Falun Gong exercises at the Church Street Marketplace. 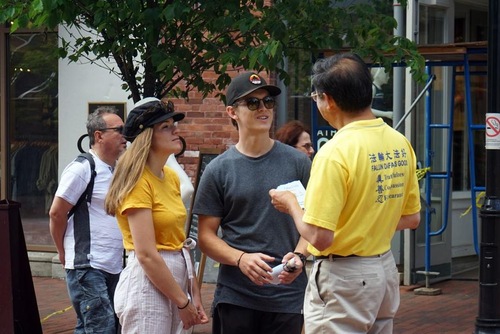 Practitioners talk to the public about the CCP's persecution. 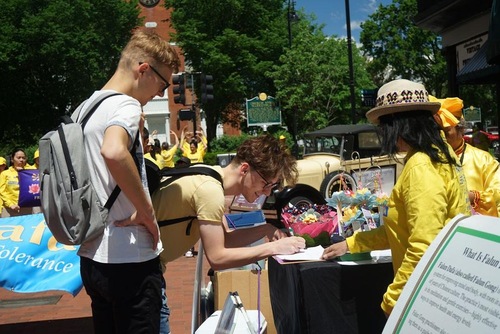 A cultural festival was held at the Hirschstetten Botanical Gardens in Vienna, Austria, on Sunday, June 9, which local practitioners attended. 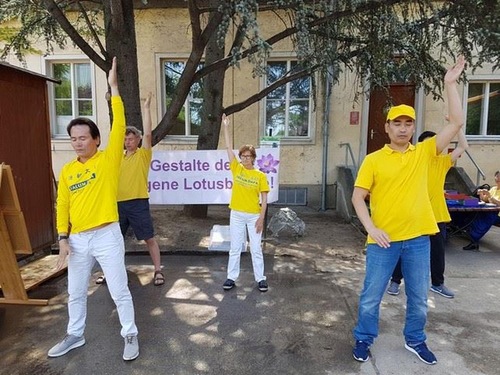 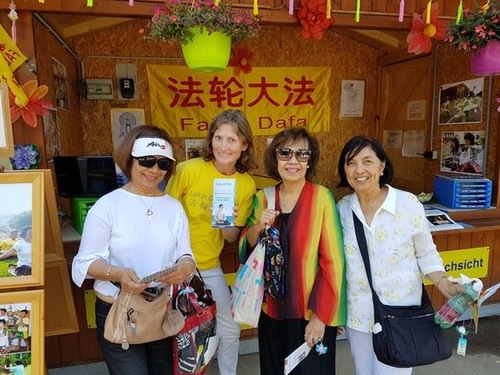 Tourists take flyers after listening to the peaceful music 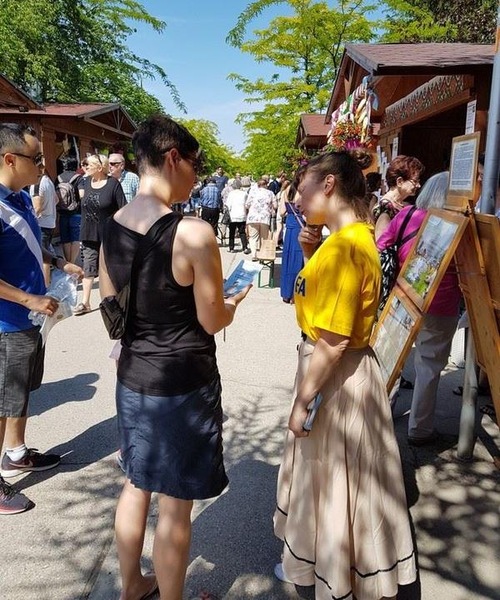 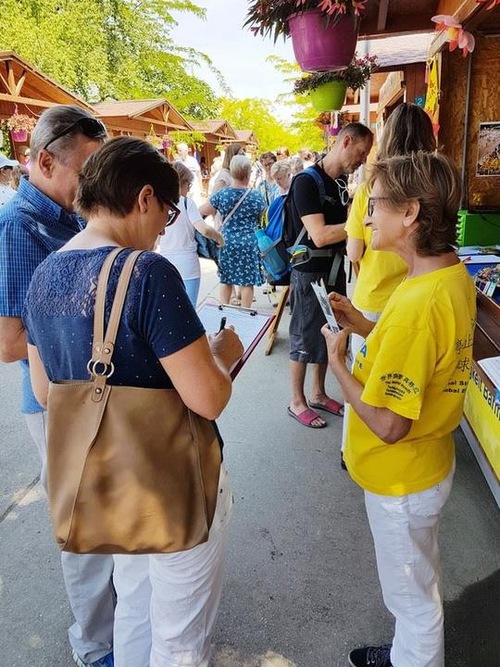 Falun Gong practitioners in Pune, India, were invited to teach the exercises to the local residents of Lonavala, a small city in Maharashtra, on Sunday, June 9, 2019. 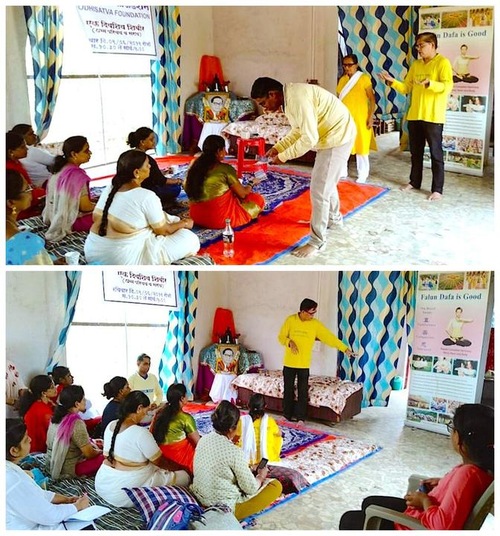 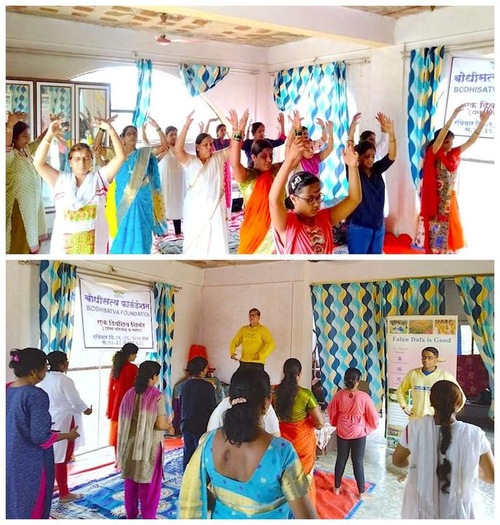 Practitioners introduced Falun Gong to a group and then taught them the first three sets of exercises, as the time was limited. They talked to people about the CCP's persecution of Falun Gong in China during the breaks. The attendees appreciated the practitioners' efforts and said they wished they would come again to teach them the other two sets of exercises.

“After Repeated Arrests and Torture, Heilongjiang Woman Is Imprisoned for Her Faith”