(Minghui.org) Falun Gong practitioners across the world have organized peaceful parades, rallies, and candlelight vigils to mark the 20th anniversary of protesting the Chinese Communist Party’s (CCP) persecution. The CCP, as ordered by Jiang Zemin, former head of the communist regime, launched the brutal persecution of Falun Gong practitioners on July 20, 1999. Falun Gong, also called Falun Dafa, is a peaceful mind-body cultivation practice based on the principles of Truthfulness, Compassion, and Forbearance.

Since the suppression began over 20 years ago, the Minghui website has confirmed the deaths of over four thousand Falun Gong practitioners due to the persecution. The actual number is suspected to be much higher, but numbers are difficult to confirm due to the difficulty in getting news out of China. Many more practitioners have been imprisoned and tortured for their faith. There is solid evidence that the CCP is an active participant in the harvesting of organs from detained practitioners, who are killed on demand to supply the organ transplant industry.

The following are reports from a recent parade, rally and candlelight vigil in Australia to commemorate Falun Dafa's peaceful resistance to the 20-year persecution. 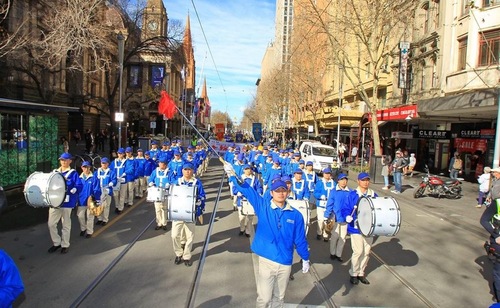 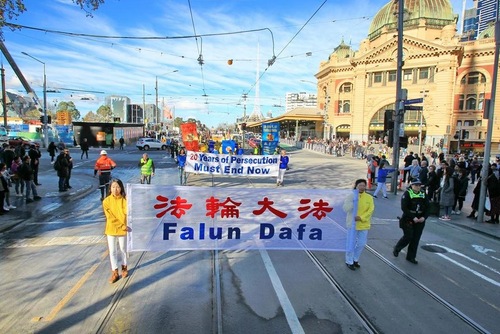 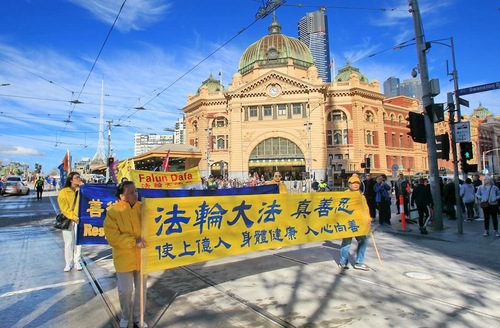 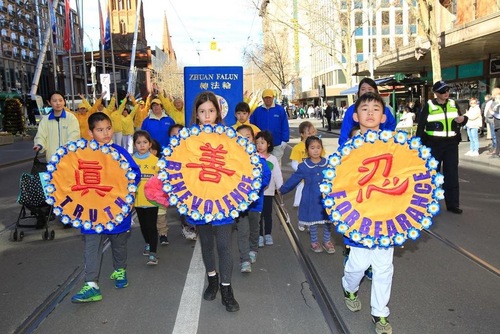 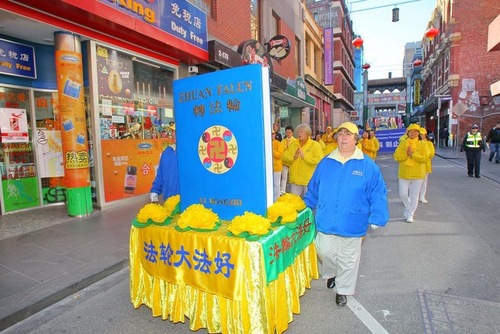 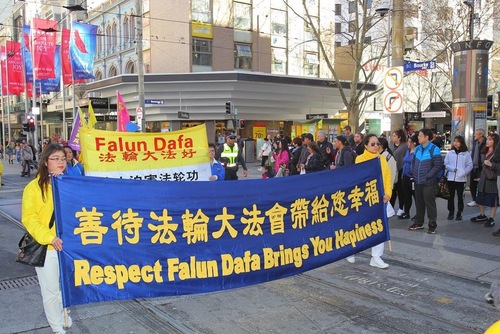 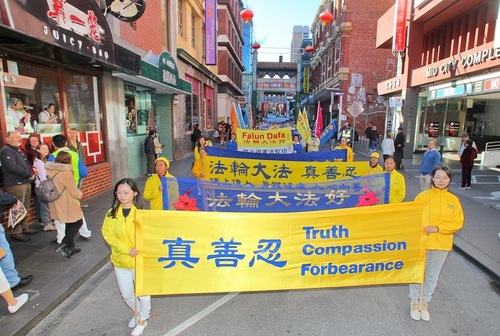 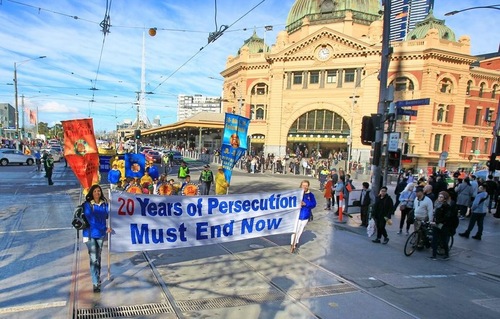 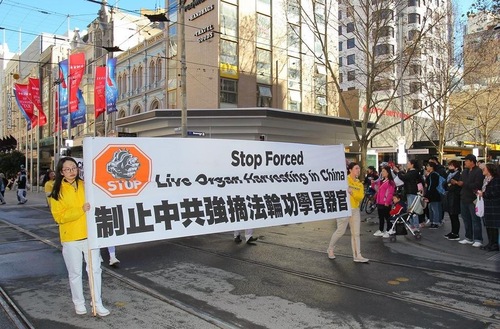 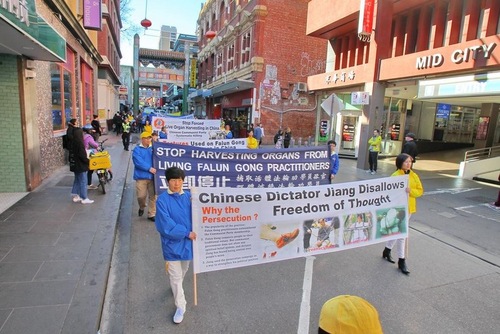 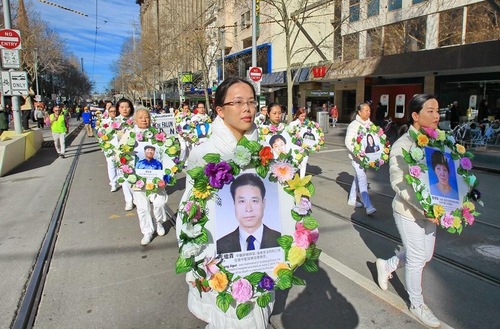 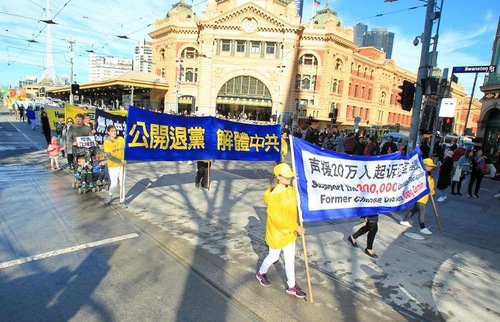 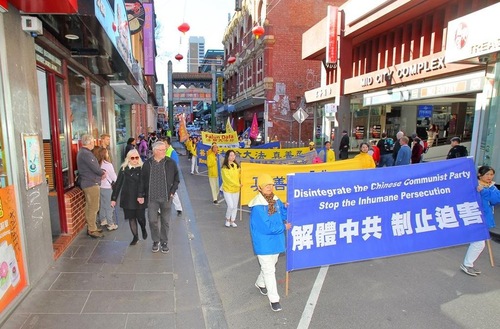 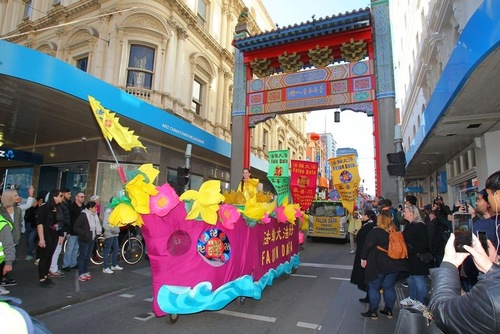 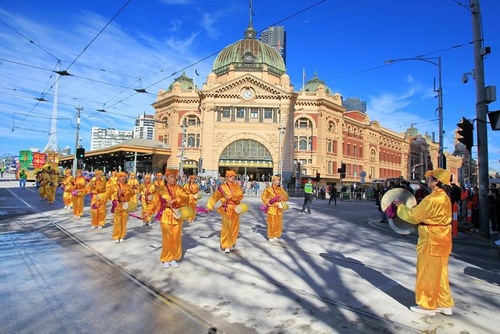 Falun Gong practitioners hold a parade downtown Melbourne to commemorate 20 years of peaceful resistance against the brutal persecution in China.

Practitioners enjoyed a rare break in the southern hemisphere's rainy winter weather with a day of bright sunshine. Under a police escort, the parade started at Queen Victoria Park at 11:00 a.m., passed through the bustling commercial streets, progressed through Chinatown, arriving at the parade terminus – the State Library. The spectacular parade drew the attention of local residents and tourists, who paused and took pictures. 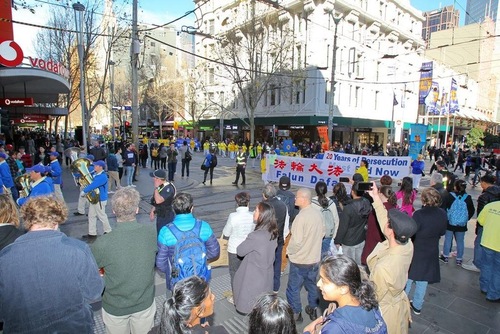 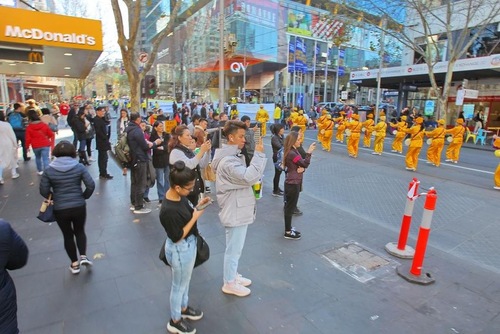 Spectators watch the parade while many take photos. 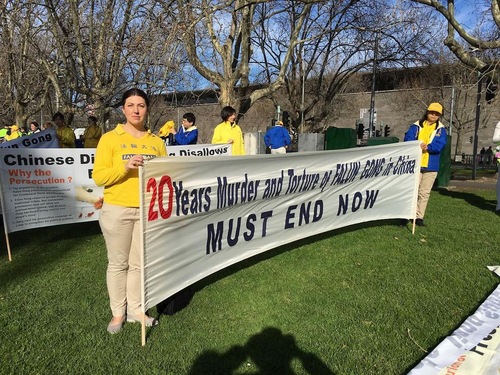 Rebel Jom has practiced Falun Gong for 13 years. She hopes that more people can learn about Falun Gong and help stop the persecution in China.

Spectators Learn About the Persecution 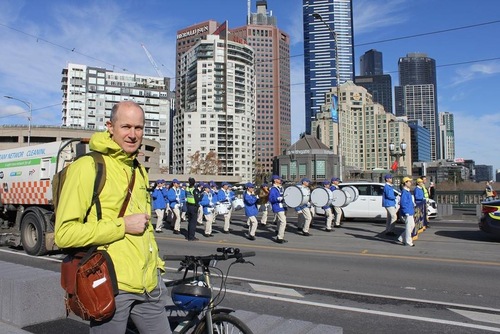 Jim, who works as an economist in Melbourne, said that he deeply respects and loves China's long-standing traditional culture, and he admires the Chinese people. He said that as an economist, he acknowledges that Australia-China relations are indeed very important for Australia's long-term strategy, but he feels that it is equally important to respect human rights.

Jim said, “I went to China about 40 years ago. I have been deeply impressed by the progress in improving the living standard of the Chinese people in recent decades.”

He said that the CCP should take action with respect to individual human rights. Jim believes that this is a challenge for all Western governments. He believes it wrong to place human rights in a secondary position for economic interests.

“I know,” he continued, “that international organizations of high credibility have confirmed that the almost unbelievable accusation of organ harvesting from living practitioner for economic profit is real in China.”

He feels that this is an issue for everyone worldwide, acting as a test of one's conscience. Jim stated that as part of the international community, people should get involved in stopping the organ harvesting from living practitioners as soon as possible. 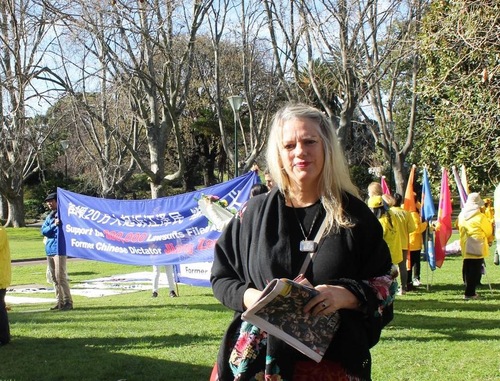 Rebecca Barnard, songwriter and former lead singer of a popular band, admires Falun Dafa practitioners for peacefully raising awareness over the past 20 years. 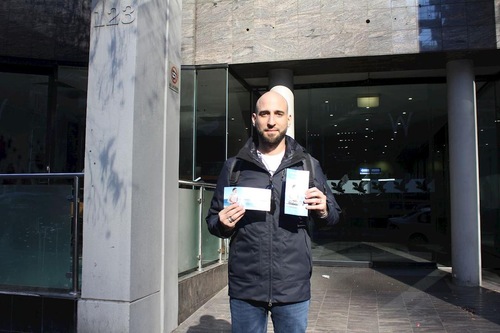 Ariel Starosielski from Argentina was impressed with the parade. He was shocked to learn about the ongoing persecution. 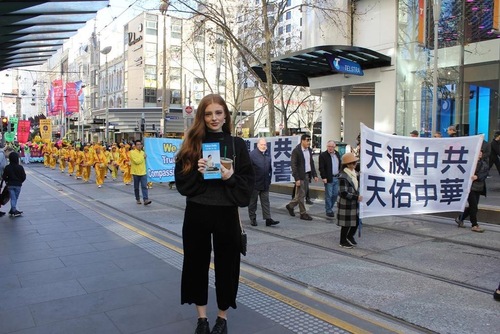 Madison Levett, a makeup artist, takes video footage of the parade. She hopes to see an end to the persecution. 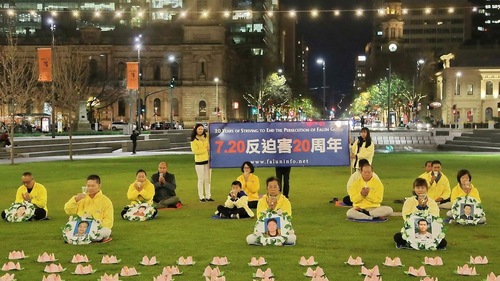 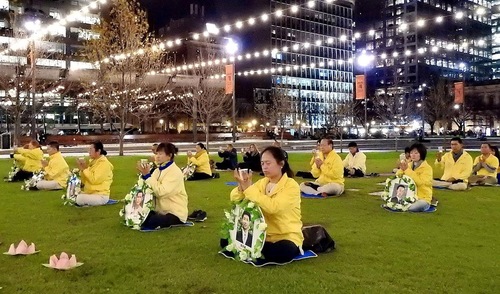 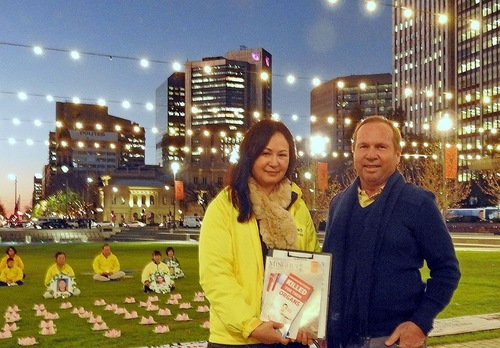 Engineer David Yowood (right) has his photo taken with a practitioner.

Practitioners held a press conference on the North Terrace, an Adelaide landmark, on July 20, 2019. The location is close to the Provincial Parliament building, Provincial Library, Museum, and University of Adelaide, and a major shopping center is also nearby. 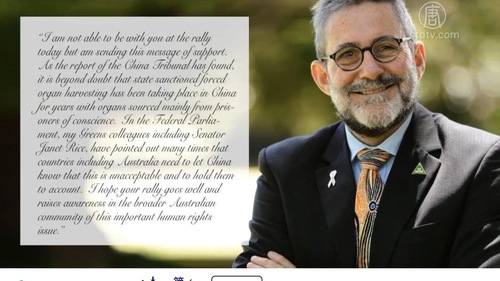 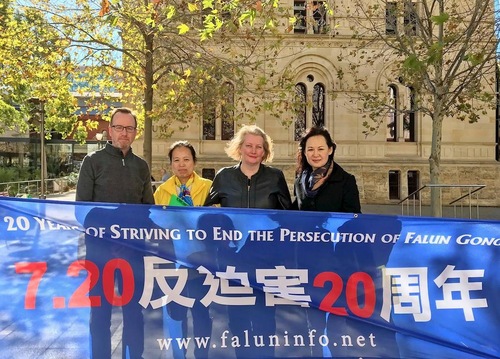 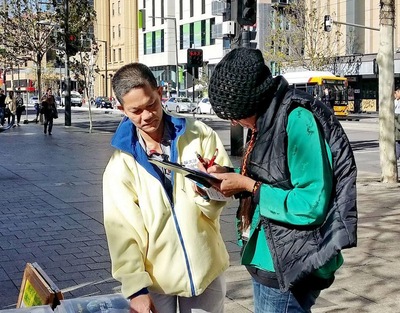 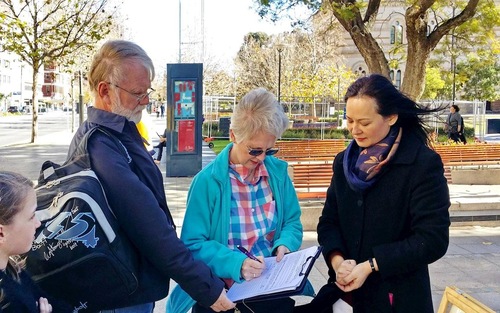 Passers-by sign the petition calling for an end to the persecution. 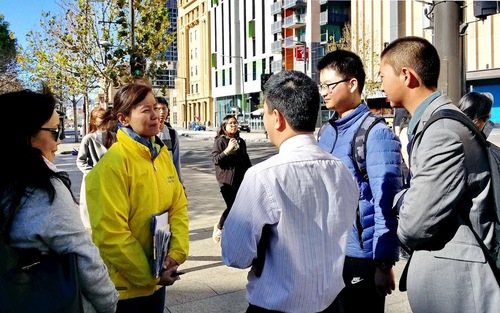 Chinese tourists listen to a practitioner talking about about Falun Gong and the persecution.

“As a Cultivator, Be Down to Earth and Not Perfunctory”