Changhua, Taiwan: Parade and Rally Call for an End to the Persecution of Falun Gong

(Minghui.org) On the eve of the 20th anniversary of Falun Gong's peaceful resistance to the Chinese Communist Party's (CCP) persecution, Falun Gong, also called Falun Dafa, practitioners in mid-Taiwan held a rally and parade in Changhua on July 14, 2019. They called for an end to the persecution, and mourned their fellow practitioners who had died because of the persecution. Politicians and supporters from all walks of life attended the rally to express their support. 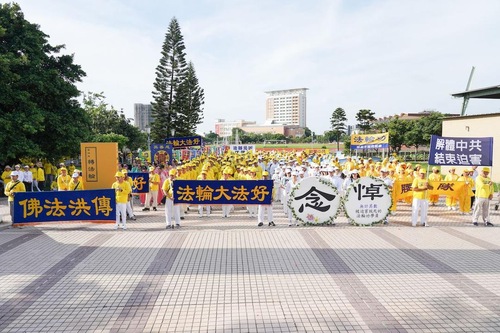 Falun Gong practitioners hold a rally commemorating the 20th anniversary of the peaceful resistance to the persecution at Lukang Stadium.

Practitioners hold candlelight vigil to mourn practitioners who died because of the CCP's persecution.

Politicians Speak at the Rally 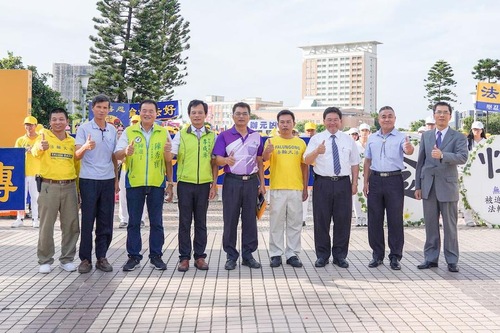 Elected officials and Falun Gong supporters in one voice, “Falun Dafa is great!”

Mr. Wei Ming-ku said, “The principles of Falun Gong, Truthfulness-Compassion-Forbearance, have played a positive role in our society and should be supported by governments. Falun Gong practitioners' contribution has been widely recognized around the world.”

Mr. Chiu Chien-fu said, “The Chinese Communist Party has persecuted Falun Gong for 20 years. I call on all people of conscience worldwide to condemn the CCP's persecution, and demand accountability for harvesting organs from living Falun Gong practitioners. We support Falun Gong with our concrete actions and hope to end the persecution as soon as possible.”

Other speakers at the rally praised Falun Gong for safeguarding human rights, exposing the nature of the CCP, and encouraging people to cultivate based on the Falun Gong principles Truthfulness-Compassion-Forbearance.

A large parade of about three-and-a-half kilometers started at Lukang Stadium, winding its way through the busiest streets in Lukang and passing by the History Museum. People along the streets, including tourists from mainland China, accepted informational Falun Gong fliers. Practitioners collected signatures along the parade route, calling for an end to the persecution. Many people approached practitioners to sign the petition.

Spectators gave Falun Gong practitioners thumbs-up and called out, “You are the best!” “You have brought hope to us!” “Down with the Communist Party!” “Go Falun Gong!” 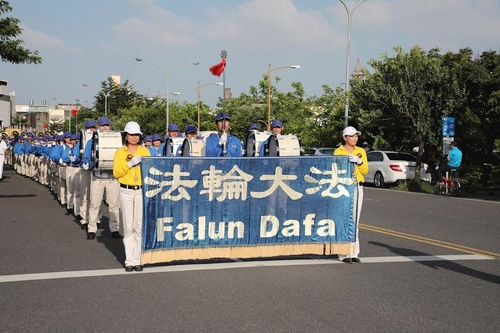 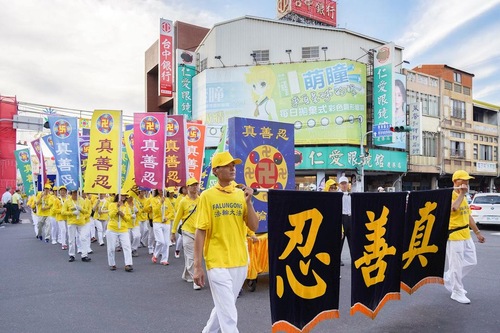 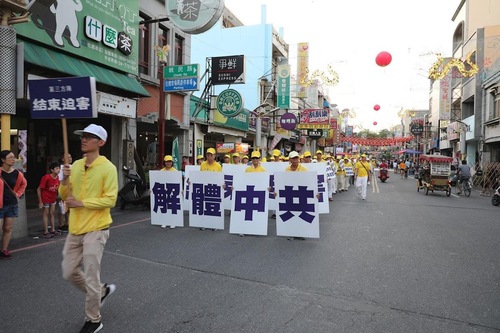 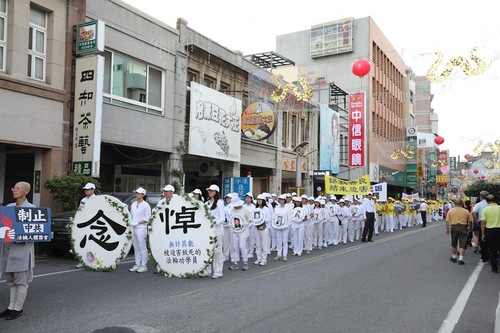 “Germany Condemns 20 Years of Persecution of Falun Gong in China”